The U.S. Senate killed a resolution introduced by Bernie Sanders and Mike Lee to withdraw U.S. military support for the Saudi war in Yemen. Hosts Rania Khalek and Kevin Gosztola discuss the rift between Saudi Arabia and Qatar and recent developments among the Gulf countries in the Middle East. They talk about the Saudi arms deal, which the Senate would have successfully opposed if five Democrats had not voted against a bill to block Rather than confront the roots of the terrorism, Trump praised its benefactors and took a side in a sectarian war that is ripping apart the Middle East.

On this week’s episode of the “Unauthorized Disclosure” podcast, hosts Rania Khalek and Kevin Gosztola discuss President Donald Trump’s trip to Saudi Arabia and how ordinary Syrians view the armed opposition in Syria. They celebrate the release of Chelsea Manning. The hosts also talk about the Comey memo scandal that 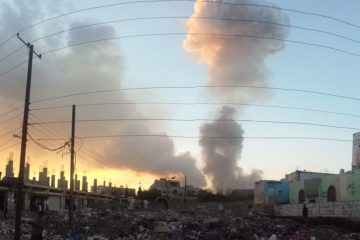 Yemen has withdrawn permission for the United States to run ground missions against alleged terrorist groups in the country. Around The Empire – Episode 4: The Destruction Of Yemen Feat. Ben Norton

On this episode of Around The Empire, Dan and Joanne interview journalist Benjamin Norton on the ongoing humanitarian crisis in Yemen. Ben has been closely monitoring the situation in Yemen for years writing previously in Salon and now for Alternet’s Grayzone Project. The discussion focuses on the overall dynamics of