When former FBI director James Comey retained, mishandled, and disseminated certain memos from his meetings with President Donald Trump, he violated FBI and Justice Department policies, as well as the FBI employment agreement he signed, according to the department’s inspector general. However, the inspector general did not recommend prosecution for 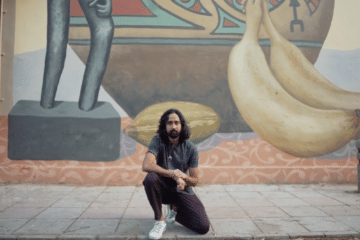 Sarathy Korwar’s album, “More Arriving,” celebrates refugees and migrants who continue to flow into the UK and serves as a statement of brown pride.

Bernie Sanders’ presidential campaign is the first to release a plan for addressing the collapse in journalism in the United States. The post originally appeared at Ongoing History Of Protest Songs. The Felice Brothers are a veteran folk-rock band, who throughout their career have sacrificed commercial success by sticking to their principles. They have turned down offers to work with big-name producers and resisted pressure to adopt a more mainstream sound. Symone Sanders, a senior adviser to Joe Biden, described a grassroots push for a presidential climate debate sponsored by the Democratic National Committee (DNC) as “dangerous territory in the middle of a Democratic primary process.” The remarks came during a meeting of the DNC Resolutions Committee, which defeated the resolution

Volunteers conducting outreach to family of Alabama prisoners were stopped by officers, who alleged trespassing at Holman prison.

{!hitembed ID=”hitembed_1″ width=”350″ height=”197″ align=”right” !} Phew, another long school week over. Just four weeks remain and then I’ll be back to frequent reporting. International Politics Overall – Russia and Argentina announced energy and investment deal together worth billions – Part one of two with Alnoor Ladha, executive director of

{!hitembed ID=”hitembed_1″ width=”500″ height=”300″ align=”none” !} The fight over allowing President Obama to have fast-track authority to negotiate the controversial Trans-Pacific Partnership (TPP) has divided the Democratic Party in Washington. The proposed agreement has long been at the center of concerns by various members of the Democratic coalition that are worried about

#CISA is not the only bill that will kill your online privacy. #PCNA and #NCPA will do the exact same. pic.twitter.com/6ZA3IpVaSg — Op Cyber Privacy (@OpCyberPrivacy) April 23, 2015 On Wednesday the House passed the Protecting Cyber Networks Act (PCNA) by a vote of 307-116. The PCNA is the new version of CISPA and

{!hitembed ID=”hitembed_1″ width=”350″ height=”197″ align=”right” !} It’s Earth Day! International Politics Overall – The U.S. is now making sure there are no blackouts in a major hub of the Taliban in Afghanistan – The U.S., meanwhile, accused Russia of creating more air defense systems in eastern Ukraine – While Pope

Head Of DEA To Resign After Series Of Scandals

DEA Anti-Pot Crusader Michele Leonhart Is About to Resign http://t.co/tih13oiSOm pic.twitter.com/Axl4pqmNzA — VICE (@VICE) April 22, 2015 DEA Administrator Michele Leonhart has announced she will resign next month. Leonhart’s resignation comes after a series of scandals at the agency with most notable perhaps being the revelation that DEA agents were having sex