A settlement over the unconstitutional lack of health care in Illinois prisons will include the appointment of a federal court monitor.

The case of Roy Davis follows a pattern of misconduct by officials at Madison County Jail and those working for Advanced Correctional Healthcare. A new lawsuit alleges for-profit inmate medical contractor Advanced Correctional Healthcare (ACH) and jail officials violated state laws and the Constitution in their substandard delivery of healthcare to an inmate suffering from serious conditions related to a traumatic brain injury. The inmate alleges his critical prescriptions were withheld and altered, and an injury to his head was left untreated for days until he developed paralysis on the right side of his body. From the Shadowproof Mailbag: Does the U.S. government call genocide, “Enhanced Population Control”? Why do prisons withhold medicine? In praise of the documentary, “Silenced.” The Department of Justice a wholly-owned subsidiary of Wall Street. In a federal lawsuit filed in April, the relative of a deceased inmate blames his wrongful death on a private inmate healthcare company and a for-profit inmate transportation company. The lawsuit accuses Advanced Correctional Healthcare and Prisoner Transport Services of neglecting and even mocking the serious medical needs of William Weintraub, PhD, as he died a slow and painful death from a perforated ulcer, shackled in the back of a crowded van. 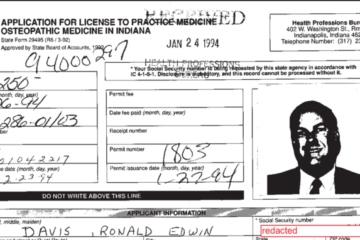