Rania Khalek is still in Lebanon to produce journalism on Syria, and for this week’s show, she provides an update on Syrian government forces, which bombed, pushed out rebel forces, and retook half of Aleppo’s “rebel district.” Later in the episode, Khalek and Kevin Gosztola talk about Dakota Access Pipeline Making An Example Out Of Independent Journalists Who Cover Syria

On this week’s “Unauthorized Disclosure” podcast, journalist Rania Khalek talks a bit about what she has learned while reporting in Syria. Khalek also addresses the smear attacks on her reputation, which led to her resignation from an editorial position at Electronic Intifada. It has impacted her ability to convince media outlets President Barack Obama has less than 70 days to achieve one of the key goals that will define his legacy: close the Guantanamo Bay military prison. There are 60 prisoners at Guantanamo. Twenty of them were cleared by the Obama administration and could be freed. Of course, the specter of We have on @BrettPain and @MurderBryan from Street Fight Radio to discuss what’s next for those of us on the left following this absolutely crushing defeat. Roqayah and Kumars speak with a man who was diagnosed with cancer who finds himself stuck in between our healthcare system and the drug war. In the latest installment of “Islam In America,” Arnessa Buljusmic-Kustura, a Bosnian-American analyst, community organizer, and single mother, is profiled. Roqayah and Kumars are joined once more by our friends Douglas Williams and Cato, two labor organizers who are the forces behind The South Lawn blog. Delete Your Account – Episode 20: The Forgotten War in Yemen

On this episode, Roqayah and Kumars speak with Afrah Nasser, an independent Yemeni journalist and blogger. 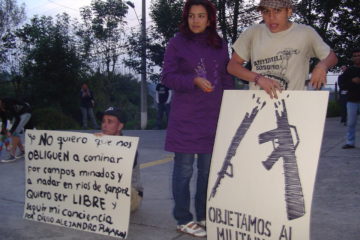 Delete Your Account – Episode 19: A Tenuous Peace for Colombia

On this episode, Roqayah and Kumars cover the shocking rejection of a peace deal negotiated between the Colombian government and communist FARC rebels. On this episode, we keep the focus on the massive, nationwide #PrisonStrike that began on September 9th and which we covered in our last episode.