In our first “Dissenter Weekly Update” episode of the year, CIA whistleblower John Kiriakou joins the show. He is also a former senior investigator for the Senate Foreign Relations Committee. We highlight letters to the United Kingdom and United States government from United Nations Special Rapporteur Nils Melzer that condemn

*The following is a collection of some of the best albums of protest music released in 2019. They were selected by Kevin Gosztola and C.J. Baker, who publishes writing regularly at Ongoing History Of Protest Songs. They are in alphabetical order by artist. Kishi Bashi — Omoiyari Kishi Bashi’s stunning In our latest “Dissenter Weekly Update” episode, we highlight how the United States government won its lawsuit against NSA whistleblower Edward Snowden and may confiscate proceeds he earned from his book, Permanent Record, as well as his speeches. The U.S. government accused Snowden of violating secrecy agreements he signed with the NSA

Jared Ware joins the Beyond Prisons podcast for a conversation on deteriorating abusive conditions within South Carolina prisons.

Immigration and detention officials canceled visits at the Etowah County Detention Center following a protest calling for the facility’s closure and the abolition of immigration detention. Freedom For Immigrants (FFI), a nonprofit immigrant rights group, has organized visitation projects with over 4,500 volunteers from local groups like the Etowah Visitation 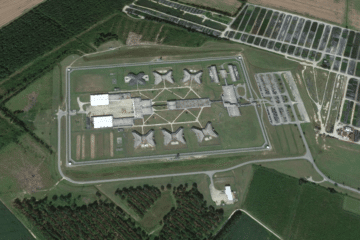 Prisoners and their supporters in the US, UK, and the Caribbean requested the UN intervene in the humanitarian crisis inside South Carolina prisons.