Oklahoma schools will shut down indefinitely on April 2 if state legislators do not pass legislation that increases funding for education, including $10,000 for teachers over the next three years, the Oklahoma Education Association (OEA) announced on March 7th.

The move follows decades of frustration among Oklahoma educators, which largely stems from low pay. If a strike occurs, it will be the first in the state since 1990.

“The major issues we have that hurt us are class sizes and being able to recruit and retain qualified teachers,” said Deven McMahan, a third-grade teacher at Walt Whitman Elementary School and a union representative of the Tulsa Classroom Teachers Association (TCTA).

Some of the classrooms in her district have more than 28 students in them following a loophole state legislators found to a cap on class sizes, according to McMahan.

The state’s ability to recruit and retain teachers is hampered by the fact that teachers in Oklahoma are paid less than in any other state in the country. In fact, many Oklahoma teachers make thousands of dollars less each year than assistant managers at gas stations, according to CNBC reporting, despite the years of education and training usually necessary to become an educator.

Cagle added, “The pay increase we received over a decade ago was snatched away by jacking up our health insurance, so essentially we’ve gone nearly 15 years without a raise.”

As a result of their low wages, Cagle said teachers are leaving the state in droves to find work elsewhere.

Oklahoma teachers, like teachers in Arizona, are inspired by a successful teacher strike in West Virginia earlier this year.

“[West Virginia] wasn’t as bad off as we are, and they still felt the need for it to be done,” suggested McMahan, noting that she thought the success in West Virginia “gave everyone more hope, rather than the constant feeling of defeat.”

To solve the crisis, the OEA is pushing state legislators to adopt a plan that would increase educator’s pay, the pay of education support professionals, invest $200 million in education funding, and increase funding for state services for healthcare and public safety. The plan, known as the “Together We’re Stronger” plan on their website, comes with a price tag of roughly $1.4 billion.

Uncertainty about where these funds should come from remains an obstacle to solving the issue. On March 14, the state Senate failed to pass a bill that would give teachers a nearly 13 percent raise by increasing taxes on cigarettes, motor fuel, and oil and natural gas production.

The offices of Oklahoma Senators John Sparks (D-16) and Greg Treat (R-47), respectively, were asked for comments but did not respond by the time of publication.

For weeks, the OEA and various teachers groups have used smaller-scale tactics to grab the community’s attention.

Oklahoma superintendents encouraged teachers to only work their contracted hours prior to the strike – a work-to-rule tactic in labor – meant to show how much work teachers do relative to their minor pay. Many teachers are not happy with the idea, however.

“It’s difficult because we do 75 percent of our work outside of contract hours,” McMahan said, referring to the hundreds of hours a year spent grading, lesson planning, and calling parents beyond school hours.

Despite the tactic making it harder for teachers to do their job, McMahan believes her superintendent encouraged the move as a way to show legislators that teachers had taken steps to get their attention before shutting down schools.

On the other hand, Cagle called the strategy “ridiculous” and “embarrassing” and argued it would never elicit the raise teachers desperately needed.

As a founding member of Oklahoma Teachers Union (OTU), Cagle has worked for a year to push for a statewide strike and make parents aware of the problems teachers face. He helped organize teachers to call in sick in groups to delay classes. He held strategy meetings with other educators and encouraged students to have walkouts in supports of raising teachers’ pay. These walkouts have often drawn local media attention.

These difference of tactics weren’t the only disagreement between teachers and their statewide union.

Originally, the OEA met with 200 Oklahoma superintendents and declared that schools would be suspended after April 23 if the additional funding was not provided, but the date was moved up due to pushback from self-organized teachers groups that were determined to walk out sooner.

Hours after deleting their original post from social media, the OEA acknowledged the frustration of teachers who thought their approach wasn’t quick enough.

“We hear you. We are putting together more information for you about the strategic reasoning of proposed school closure dates. We all have the same goal: pay raises for education employees and fully funded education,” the OEA stated on Facebook.

Representatives from the OEA did not respond to requests for comment by the time of publication.

Despite disagreements, it seems there is a desire for the strike in Oklahoma, according to a survey the OEA had community members fill out.

Of the more than 10,000 educators, students, parents, and others that answered the survey, nearly 80 percent supported school closures as a tactic to force legislatures to invest more in public education. No group had less than 75 percent support.

The suspension of schools across the state in April when state testing would occur represents a last-ditch effort by educators in the state to force the legislature’s collective hand. 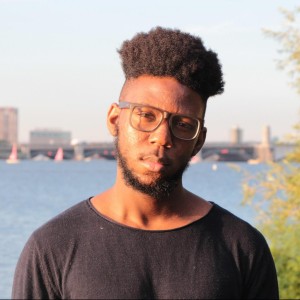