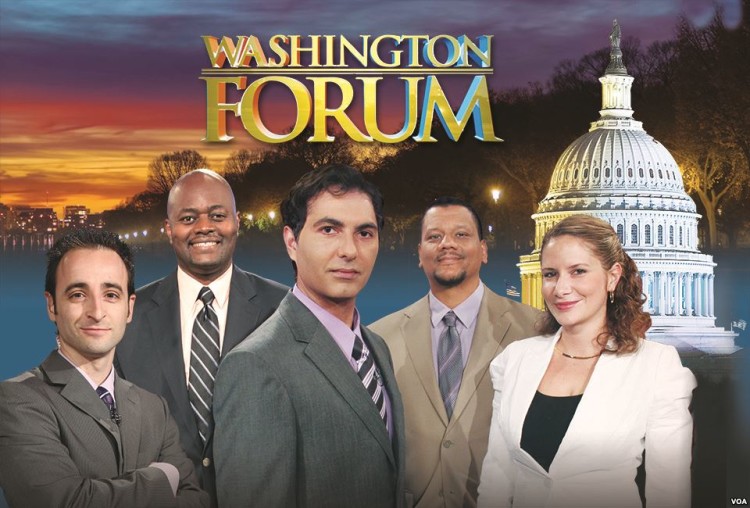 The Interpreter now identifies itself as a “special project of Radio Free Europe/Radio Liberty,” which is funded by the US Congress and was, previous to 2013, forbidden from publishing and broadcasting in the United States due to a law against using government propaganda on US citizens.

The Interpreter was founded in 2013 with the ostensible mission of translating news articles from the Russian press. In reality, it was created, funded, and supported by opponents of the government of Russian President Vladimir Putin and those wishing for greater US hegemony in Eastern Europe and beyond. The Interpreter itself credits Pavel Khodorkovsky, son of Mikhail Khodorkovsky, for his support in helping launch the organization.

Mikhail Khodorkovsky is a Russian former billionaire who, after the fall of the Soviet Union in the 1990’s, used his connections inside the administration of President Boris Yeltsin to amass a fortune during Russia’s crash privatization program. Khodorkovsky was later convicted of embezzlement and money laundering and imprisoned from 2005 to 2013, when he was given an early release due to his mother’s ill-health.

While few dispute the validity of the charges against Khodorkovsky, many believe he was singled out for prosecution because of his criticism of President Putin and his unwillingness to follow a command allegedly given by Putin to the so-called Russian oligarchs to stay out of politics.

After his release from prison, Khodorkovsky told a reporter for the New Yorker who asked him about reform in Russia that “The only way to improve things is through violent methods.” Despite Khodorkovsky’s criminal convictions, he was able to keep a fortune estimated to be in the hundreds of millions of US dollars – money he is using to try to overthrow the Russian government while in self-imposed exile.

Though The Interpreter was partly underwritten by a Russian oligarch, its staff are of the US neoconservative variety. Editor-in-Chief Michael Weiss, for example, is perhaps best known for promoting the work of self-proclaimed Syria opposition expert “Dr.” Elizabeth O’Bagy.

After making a number of absurd claims about a so-called “moderate” Syrian opposition in advocacy of US intervention in the Syrian Civil War, it was discovered that O’Bagy had lied about having a PhD. She was subsequently fired from her job at a neocon think tank called The Institute for the Study of War and hired to be on the staff of perpetual war advocate US Senator John McCain.

There is no doubt that The Interpreter has every right under US law to publish whatever it likes on any subject. The issue is whether US state media, funded by taxpayers and officially representing the American view of the world, can or should merge with a media organization that represents such a narrow and largely unpopular view in America.