When Jesse Jacobs reported to the Galveston County Jail to serve a 30-day sentence for a DUI, he did so knowing that if everything went well, he would be out in 12 to 15 days. Six days later, he was dead.

Jacobs was one of the nearly 1000 people who die each year in America’s jails, according to statistics released by the Department of Justice’s Bureau of Justice Statistics (BJS) last month [PDF]. Like Jacobs, four in every ten of these people die in their first seven days in jail. His death was only anomalous in that 75% of people who die in jail were never convicted of the crime for which they were serving time.

While suicide remains the leading cause of death in jails, an alarming number of fatalities appear to result when facilities decide to withhold medication or treatment for chronic health problems that had been successfully managed before incarceration. The potent combination of a growing, unhealthy incarcerated population housed in jails where administrators and private contractors defer or deny treatment to save money is causing agonizing deaths in jails across the country.

‘They will soon be someone else’s problem’

There are 731,000 people in jail on an average day in America. As astonishing as this number is, just as shocking is how unhealthy many of these people are.

A different report released by the BJS earlier this year [PDF] outlined the prevalence of chronic medical problems of people incarcerated in state jails and prisons. Using survey data, the report estimated that half of people in jail have had a chronic medical condition — a rate of incidence twice that found in the general population.

“The expansion of incarceration results in a population that is bigger, older, and sicker,” said Joel Thompson, who provides civil legal assistance to incarcerated people as a staff attorney at Prisoners’ Legal Services of Massachusetts.

While even the best public health department would struggle to provide this population with adequate care, jail administrators — and often the for-profit corporations that contract with municipalities to provide health care to inmates — are failing outright or denying potentially life-saving care.

The BJS study on chronic medical conditions found that only 40% of jail inmates with a current medical condition reported taking prescription medication while they were behind bars. Of those who were not, 39% said they had not seen a doctor at all while another 36% reported that the jail medical staffs had decided that their medication was not necessary or refused to provide it.

Thompson, who has published legal articles on the failings of medical care in correctional institutions [PDF], feels that shortcomings in care can actually be worse in jails — where the majority of people have not been convicted of a crime — than in prisons.

“There’s more patient turnover,” Thompson explained over the phone. “This is a legitimate challenge for institutions, but it also provides a general incentive to minimize care. The thinking is that a person is out of their hands soon anyways, so as long as long as they don’t die in custody then they will soon be someone else’s problem.”

‘I don’t want to die in your cell’

Not wanting his medication to be a problem for anyone, Jesse Jacobs came to jail prepared. For over ten years, he and his psychiatrist had carefully managed his severe anxiety with a careful balance of medications, including the popular benzodiazepine Xanax. When Jacobs reported for his sentence, he brought with him his own supply of both the fast-acting and extended release versions of the medication, a handwritten note from his psychiatrist outlining his care regime, and a paper prescription in case the jail wanted to provide the medication through their own pharmacy.

Despite these preparations, the EMT who conducted Jacobs’s medical screening wrote that they were unable to verify his prescriptions for Xanax, as well as other medications for chronic conditions like high blood pressure. Instead of allowing Jacobs to take his medication, notes indicate that they instead initiated an unspecified detox protocol. Within hours, he began manifesting symptoms of acute benzodiazepine withdrawal and his blood pressure soared.

When I asked Galveston County Sheriff Henry Trochesset whether the EMT had the authority to make such decisions, he responded that any and all decisions regarding Jacobs’s medical care were made by Soluta Inc., a private corporate subsidiary of BoonChapman under contract with the county. Documents of the contract negotiations [PDF] show that it provides only sixteen hours of psychiatric services each week, which may explain why, according to his attorney, Jacobs — who entered the jail on a Friday — only came to the attention of the off-site, on-call psychiatrist three days later.

The psychiatrist (whose license was restricted by the Texas Medical Board in 1998 after ordering a patient to suddenly stop taking a benzodiazepine) prescribed Jacobs a different medication, but it was too late. Later that day, he had his first seizure. Instead of the Xanax that his body was desperately craving, Jesse was given Gatorade, water, and ammonia smelling salts.

The next morning, jailers found him disoriented and covered in blood.  His second seizure was so violent that Jacobs had bitten through his own tongue. The responding nurse noted that “Patient denies seizure disorder before incarceration in free world,” a finding echoed by Jacobs’s lawyer and psychiatrist.

After two more seizures in the following two days, he was moved to the jail’s medical unit. When a new shift came on duty at 6 AM the following morning, they found Jacobs unresponsive. After again attempting to revive him with ammonia, the jail transferred him to a nearby hospital. He never regained consciousness.

The autopsy ruled that Jacobs died of “natural causes” from a seizure disorder. The Jacobs family and their attorney, U.A. Lewis, contend that their son’s seizures and death were caused by the decision to force Jesse to abruptly stop the Xanax he’d taken for over ten years, causing acute benzodiazepine withdrawal.

Since Jesse’s death in March, there have been similar incidents in jails across the country. A lawyer who had been representing Zachary Tuggle — one of three men who died over three days in July at Richmond County’s new jail — told the Richmond Times-Dispatch that his client, who suffered from seizures since surviving a gunshot wound to the head in 2004, was not receiving medication in jail.

On July 26, Ralkina Jones was found dead after spending just a single night awaiting arraignment in an Ohio jail. Footage released by the Cleveland Heights police department shows Jones calmly discussing her chronic health issues and prescriptions with police officers, telling them, “I don’t want to die in your cell.”

In the video, the officer processing her specifically mentions the danger of benzodiazepine withdrawal while Jones discusses her ailments and medications. Despite this, documents released to NBC News [PDF] show the medications to be conspicuously absent from the medications Jones was provided with before her death. Officials for Cleveland Heights declined comment, citing an active investigation into Jones’s death.

As of writing, the medical examiners responsible for Tuggle and Jones’s autopsies have not yet issued rulings on the causes of death.

A path to justice

For Joel Thompson, jails across the country display a troubling tendency to “roll the dice” on the health and well-being of people who are only in their charge for short periods of time.

And while the Jacobs family and their lawyer have notified Galveston County and Soluta that they intend to file suit over Jesse’s death, no award or settlement can change the fact that their son died a horrible and unnecessary death caused by a shortsighted decision to deny him his medication. But their lawsuit could prevent more deaths like it.

Attorney Lewis is pursuing a Section 1983 claim, named for the section of the US Civil Code that allows plaintiffs to file suit when Constitutional rights are violated. In 1976, the US Supreme Court ruled in Estelle v. Gamble that a prisoner’s right to adequate health care was ensured by the Eighth Amendment’s prohibition on cruel and unusual punishment.

But in the Court’s words, “Medical malpractice does not become a constitutional violation merely because the victim is a prisoner.” To win a Section 1983 case, plaintiffs must demonstrate evidence of “deliberate indifference.” In 1994, the Court went a step further, deciding in Farmer v. Brennan that the onus is on plaintiffs to prove that defendants demonstrated “subjective recklessness” and were demonstrably aware of the potential repercussions of their actions before choosing to disregard them.

Thompson explained to me how this burden affects plaintiffs in practice. “Deliberate indifference is more than just negligence or malpractice. As a result, the courts are adept at finding ways to say ‘No, this isn’t a civil rights issue — if anything it’s a malpractice case.’”

The distinction is important. Malpractice law varies across states, but almost all states have instituted various caps on damages in malpractice cases. Further complicating matters is sovereign immunity, a legal concept through which governments and municipalities often limit the circumstances in which they can be sued or place specific caps on their financial liability.

So while a Section 1983 case places a difficult burden on plaintiffs by requiring they demonstrate deliberate indifference, it also gets around some of the institutional obstacles that would stymie a malpractice or negligence case. They place no cap on damages and allow the court to include the plaintiff’s legal fees in awards. And crucially, a successful Section 1983 case can lead to meaningful reforms through court rulings or in the terms of a negotiated settlement. The $8.3 million dollar settlement between Corizon and the family of Martin Harrison earlier this year included reforms to medical staffing practices across Corizon-contracted facilities in California.

That said, it is unlikely that jails will relent on their seeming reluctance to allow certain medications, particularly benzodiazepines.

“Jails hate them,” Thompson told me. “They consider them contraband and try to take everyone off of them.”

For jails’ medication problems, the best cure is likely bail reform and alternative sentencing, which reduce the amount of people in jails and the lengths of their stay. 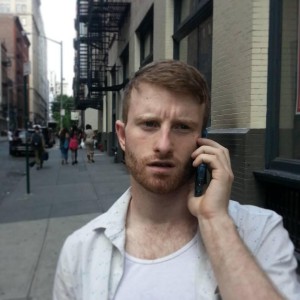 Ben Foldy is a writer, editor, and researcher living in Brooklyn.