The Syrian coalition has recaptured some 98% of East Aleppo and SOHR said the battle is over, and more in our round-up of news from around the world. The young United States florist headed to Raqqa, Syria, as a volunteer with the People’s Defense Units, or YPG, is known to most on Twitter as PissPigGranddad. He’s a part of ‘weird Twitter’—what’s been described as a sort of Dadaist subculture that most often experiments with elements of irony. For nearly 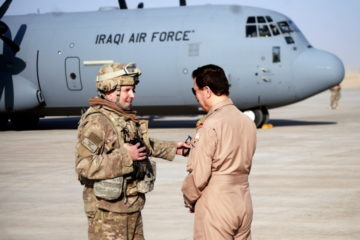 Next Cold War Roundup 11/1/16: Iraqi forces entered the city of Mosul and are advancing rapidly. Russia continues a halt on airstrikes in Aleppo as rebels led by al Qaeda launched an offensive in Aleppo. Turkey masses forces on borders. Experts warn of open-ended conflict with Russia. US politicians continue In an email published by Wikileaks, Clinton affirmed the role US allies Saudi Arabia and Qatar played in supporting and promoting ISIS. ISIS has reportedly disappeared from the streets of Mosul; an exposé of the “White Helmets” in Syria has rattled the War Party establishment, and more in our round-up. Samantha Power and others accused Russia of barbarism and war crimes before walking out of the emergency UN meeting they convened, and more in our round-up. Next Cold War Roundup 9/21/16 The White House blames Russia for attacks on a humanitarian aid convoy. Russia denies and says a US predator drone was flying in the area at the time of the attack. Kerry called for a no-fly zone. Three “Spartacus” countries stepped up to say they US special forces deployed to work with Turkish forces in Operation Euphrates Shield were threatened by US-backed Free Syrian Army forces, and more in our round-up.