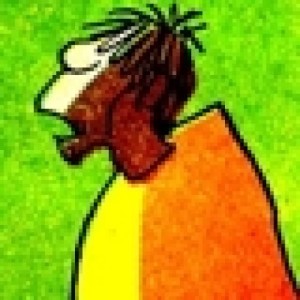 The link is Peter Wallis. Joe Romm of Media Matters explains it thus: There have been countless independent investigations into the scientists whose e-mails were hacked in November 2009. And the scientists have been (quietly) vindicated every time … But we still don’t know who hacked the emails! And now

Update: Thanks to party/parties unknown for the wonderful graphic by Donkey Hotey! Rupe in pimp regalia is most appropriate. _________________ This is a crosspost from MercuryRising of my liveblog of the Murdoch/Brooks hearing before Parliament. Apologies if I have missed another diary on the topic. “Testimony to the Committee on

The Los Alamos laboratory, which is being used as a manufacturing facility to process plutonium for nuclear triggers is at threat from fire. DemocracyNow has a very recent update from Greg Mello of the Los Alamos Study Group. Mello reports that fire spotted (leaped) into the lab but was contained. Fire is currently half a mile from a large dump (1.65 million gallons) of low level waste, and three miles from the lab itself. Tritium as well as plutonium could be released. Plutonium is especially dangerous if inhaled, since as little as one microgram in the lungs will cause cancer, so a fire-borne release would be especially dangerous.

Mello stresses that the risks of catastrophic release are small, since the lab is not particularly flammable, and the radioactive waste includes non-flammable materials such as cement paste. Still, the site is also prone to earthquakes, so Murphy’s Law could turn what is presently a situation of concern into a full-scale catastrophe. LASG has a Twitter feed here.

This is the third US nuclear facility currently at threat. The Fort Calhoun and Cooper plants near Omaha are at danger of flooding.

It is time for a genuine review of nuclear safety, one not influenced by industry and the weapons complex.

…but everything is under control. Don’t worry. Really. Not a problem. It’s still within those industry-generated safety standards. All is well. Oh, by the way, things are also interesting at Cooper, 75 miles downstream. The river would have to rise four more feet before the plant would be flooded, potentially

DemocracyNow: Two Missouri labor professors have been vindicated after a right-wing smear campaign almost cost them their jobs. Last month, the website BigGovernment.com—run by right-wing blogger Andrew Breitbart—posted footage of a labor relations class taught by University of Missouri professors Judy Ancel and Don Giljum. In the video, the professors

A suggestion for getting the message to the White House

Can we penetrate the bubble around Barack Obama by encouraging WH volunteers to resign?

The face of tyranny in Michigan: which side are you on?

Michigan has enacted legislation that would permit the governor to appoint a corporation or even a foreign tyrant to rule over cities or towns that have financial difficulties. As important as it is to guard collective bargaining rights, this is potentially an even more dangerous precedent, one that should equally alarm people on the left and right who love freedom. Which side are you on?

Whom the gods would destroy, part 5: The crisis in Honduras

This segment concludes this series about the coup in Honduras.

Whom the gods would destroy, part 4.

The fourth in this multi-part series covers the present situation in Honduras, including the internal forces and the forces at work in Latin America. The fifth section will provide conclusions and predictions.

Whom the gods would destroy, part 3: The crisis in Honduras

(From Daily Kos): 3. Responses to the coup: This section of the multi-part series examines responses to the coup by the US government. The documentary record, as well as actions taken by the US government suggest that either the United States was complicit in the coup either before or after the fact. Alternatively, perhaps the State Department is so incompetent that it poses a clear and present danger to the United States.
This section also looks at the causes of violence in Honduras. While it’s very difficult to get an exact read on what is going on, there is a serious concern about the presence of paramilitary troops, many of them from Colombia. There’s an outside chance that they are being funded by USAID/Plan Colombia money. What is not at doubt is that US money flowing through NED is being used to influence the elections.

Whom the gods would destroy, part 3: The crisis in Honduras