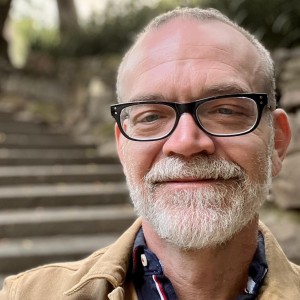 One of the most interesting parts of my interview with Greg Varnum, Executive Director of the National Youth Advocacy Coalition (NYAC), is the work they're starting to do around social media and innovative fundraising to keep the doors open. We often talk about supporting and mentoring new and upcoming leaders

Equality Across America leaders Tanner Effinger, Aiyi’nah Ford, and Anne Coleman spent quite a bit of time at the Creating Change conference talking about the group’s upcoming Harvey Milk Day Action demonstrations. I asked the terrible trio to tell Projectors about their plans and why they want people to hit

2009 was a year of momentum for the LGBT community. For the first time, federal legislation was passed that included sexual orientation and gender identity, over 250,000+ LGBT people and allies marched on Washington for civil rights, same-sex marriage was legalized in several states, and the Obama administration fulfilled some

Indiana can be a lonely place to be lesbian, gay, bisexual or transgender, but the internet has done wonders to connect our community around the state.  When I started bilerico.com as a local blog in 2004, there were only three other LGBT blogs in the entire state.  Now there’s a

Last week I had the opportunity to interview veteran LGBT activist Cleve Jones about the upcoming National Equality March and his role inside the community.  Instead of doing a standard interview, I asked our readers to submit questions and I simply asked the questions they provided.  We’ve ran the videos

I had the opportunity to meet veteran activist Cleve Jones Sunday during his recent visit to Chicago.  Bilerico Project readers left questions for Jones in the comment section and sent in more via Twitter, Facebook, and e-mail and I did the interview on their behalf.  The response was overwhelming. I

I just got a phone call from a well placed source on Capital Hill that confirmed that the hate crimes bill currently before the Senate will be added to the Defense Authorization Bill.  Remember how well that worked out for us last time? Congressmembers can use our lives to bargain

In a stunning and controversial move, Indiana's statewide LGBT organization, Indiana Equality, has publicly called the Employment Non-Discrimination Act (ENDA) “a new form of segregation,” and will not support the proposed federal legislation.  Instead, the group will only accept full inclusion in the federal civil rights code. There is a

National Gay & Lesbian Task Force Deputy Executive Director of External Relations, Russell Roybal, confirmed this afternoon that the not-for-profit organization will quit hosting the New York, Los Angeles and Seattle Leadership Awards.  The award ceremonies have been a major fundraiser for the organization since 1990. “The Leadership Awards will

What if gay marriage were legal?

An interesting question I posed to Projectors today and thought ya'll would give good answers too… What would America be like if gay marriage were legal? The right wing likes to say everything!! would change, but what do you think would really change?

What if gay marriage were legal?