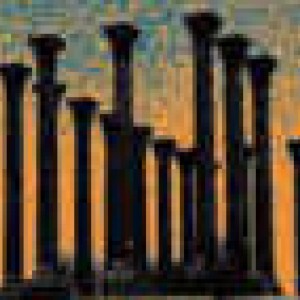 Cross-posted from alevei. On last night’s broadcast of 60 Minutes, in place of the hard-hitting interview that viewers might have expected for a presidential candidate (something more along the lines of, say, Steve Kroft’s righteous pummeling of President Obama, which aired later in the broadcast), audiences were instead treated to

Cross-posted from Alevei. In a recent post, I set out to discuss a proposal by the University of Chicago economist Luigi Zingales that advocated equity financing of higher education, which he outlined in a June 2012 New York Times op-ed, but reconsidered that project when I realized that Zingales’s political connections, including his close association with GOP vice

Confessions of a Job Creator

Cross-posted at Alevei. I am a public-sector employee, a professor at a state university, a member of a labor union. The work I do has been described by a presidential candidate as indoctrination. I subscribe to the New York Times, I’m a member of the ACLU, I support my NPR member station, and I drive a foreign

Cross-posted to Alevei. I don’t know whose idea it was to have Rachel Maddow and Chris Hayes guest-host, or who picked the screwball comedy “2012 Republican National Convention,” but this is hands-down the funniest episode of Mystery Science Theater 3000 EVER. Bonus: Gov. John Kasich (R-OH) pretending to be charismatic

Cross-posted at Alevei. In my previous post, I wrote about Rep. Fred Upton (R-MI) and my concerns regarding his position on the Affordable Care Act (ACA), which I expressed in a letter to the congressman reprinted in that post. Here is his response:   Detail of handwritten note: “My healthcare (Blue

Cross-posted to Alevei. Because I write to my elected officials on occasion, even (if not especially) the ones I wouldn’t vote for in a million years, I sometimes end up on their mailing lists and receive communications clearly intended for their supporters. One case in point is Rep. Fred Upton (R-MI), who

Cross-posted at Alevei. It’s been an amusing week around chez Alevei, especially since Mr. Alevei has somehow ended up on the mailing list for the Republican National Committee, perhaps thanks to a family member or two who still think his politics may be worth trying to salvage. Most exciting of

Cross-posted at Alevei. If you’ve been here before, you might remember that in my previous post, I said that I had been starting to think that Paul Ryan and Mitt Romney “truly take the absolute effing cake when it comes to astonishingly shameless hypocrisy on the topic of Crony Capitalism and How It Is

Cross-posted at Alevei. As I wrote in my previous post, getting your head around the idea of GOP vice presidential candidate Rep. Paul Ryan (R-WI) as even remotely credible on the topic of calling out “crony capitalism” requires a superhuman tolerance for cognitive dissonance or an extraordinary sense of humor or

Cross-posted from Alevei. The economist Luigi Zingales published an interesting op-ed in the New York Times on June 13 titled “The College Graduate as Collateral,” in which he proposes a financial aid program in which venture capitalists would finance college attendance for students who can’t afford to pay for it themselves. “In exchange for their capital,”