“He’s 78-years-old, he has type 2 diabetes and an abdominal aortic aneurysm that’s fatal if it ruptures. He had a stroke where he lost 80 percent of the vision in one of his eyes,” Rachel Thunder, one of the organizers for the rally, told Shadowproof. “He should be spending the remainder of his life with his family, not locked up in a cage.”

Thunder was one of many Peltier supporters who walked across the country to raise awareness of his incarceration as part of a national ‘Walk To Justice’ that began earlier this year. The march started on September 1 in Minneapolis, Minnesota and took nearly three months to complete. Participants covered over 1,100 miles before arriving at their final destination of Washington, D.C on November 13.

This public spectacle by Peltier’s supporters is just the latest development in an half century-long international campaign advocating for his release. Nelson Mandela, The Dalai Lama, Pope Francis, Desmond Tutu, and Mother Teresa are among the figures who have petitioned for Peltier’s freedom throughout his 47 years of imprisonment.

The high-profile prisoner was originally convicted in 1977 for the murder of two FBI agents after a shootout on the Pine Ridge Indian Reservation in South Dakota.

Peltier was, at the time, a member of the American Indian Movement. The organization was formed in 1968 as a Native American civil rights group and subsequently became famous for their high profile political protests in the 1970s, such as their occupations of Alcatraz Island in 1969 and the Bureau of Indian Affairs headquarters in 1971.

Peltier was invited to the Pine Ridge Reservation by locals who claimed that a corrupt tribal official named Dick Wilson and his cronies were responsible for the unsolved deaths of several dozen political opponents. Wilson had allegedly operated a private militia, known as the Guardians of the Oglala Nation (GOONs), to terrorize anyone on the reservation critical of his administration.

Wilson was unpopular among many in the tribe after becoming chairman in 1972. Soon after, his most vocal critics found themselves targeted with violence. Those who spoke out against Wilson found their homes shot up in drive-by shootings or set on fire in the dead of night. This string of violent incidents left over 60 dead with all of the killings labeled as unsolved. Finally, when a team of white lawyers came to the reservation to investigate the attacks, their plane was riddled with bullets and they were ambushed and beaten by Wilson and his men.

Peltier was hoping to counter the violence and oust Wilson by organizing local residents on the reservation. On June 26, 1975 while driving to the home where he and other AIM activists had been staying, he found himself pursued by two unmarked cars. The cars belonged to FBI Special Agents Ronald Williams and Jack Coler, who began following Peltier while attempting to locate a man named Jimmy Eagle who had allegedly stolen a pair of boots.

Despite Peltier having no connection to Eagle, the agents followed him from the main road of town onto private property until he stopped in the middle of his driveway and exited his car to confront them.

Peltier alleges the agents began shooting at him the moment they saw he was armed, and never identified themselves as law enforcement. Peltier returned fire and two AIM members, Robert Robideau and Darrelle Butler, rushed from the home and opened fire on the agents from the ridge top, mortally wounding them.

Both Robideau and Butler were acquitted of murder after arguing they had acted in self defense. Peltier, whose gunfire had never actually struck the agents, was tried separately. Once the trial began, a number of witnesses came forward to testify against him. Their testimonies made up the bulk of the prosecution’s case, alleging Peltier had confessed to the murders while others who testified claimed to have witnessed the murders themselves.

Peltier’s supporters point out that witness testimony contradicts the ballistic evidence, and that a number of witnesses who testified against Peltier have since recanted their statements. Today, most of those who originally testified for the prosecution now publicly say that they were coerced by the FBI, and in some cases had never actually met Peltier or even knew who he was before testifying against him. One witness even admitted during trial that she was paid $42,000 by the FBI in exchange for her cooperation on the case.

“I looked at this [case] as a member of the federal judiciary and what happened was clear to me,” Kevin Sharp—a former federal judge that came to lead Peltier’s legal team—told the crowd.

“The constitutional violations that occurred to convict this man were clear to me. The violations were so open and obvious but, wasn’t clear to me was the why,” he said. “I’ve spent the last few years slowly uncovering that.”

“Years ago, I wrote a letter to President Obama, joining Leonard in asking for clemency, and I did that because I thought it was my duty in the name of justice—because justice in this case is clemency for Leonard.” Reynolds explained during the rally.

Climate lawyer Steve Donziger, who last year was sentenced to 6 months in prison for contempt of court in a case which, like Peltier’s, has earned him the title of political prisoner, also spoke in favor of clemency.

“What’s happening to Leonard in my view, yes it’s persecution, yes it’s oppression but it’s also really really weak.” Donziger told the crowd. “When a person has a message that’s so threatening to these entrenched interests of power, they will mobilize the judicial system and other levers of governmental power to try and silence that person, and weaponize that person to scare everyone else who will do work on that kind of level.”

While many advocates called for Peltier’s release on the grounds of his innocence, members of his family are demanding his freedom for more personal reasons.

“I’ve only known my father through stories,” Kathy Peltier said of her father. “Everyone would tell me what a funny guy he was. I never saw that. The only time I ever saw him he was always serious and it was when I was visiting him in jail.”

President Joe Biden’s administration is the fifth to face pressure from Peltier supporters petitioning for his release. During previous clemency talks during the Clinton Administration, 500 FBI Agents picketed the White House in an unprecedented protest by federal law enforcement to demand that Peltier stay in jail. His supporters hope they can mount more pressure on the administration than their opponents this time around.

Organizers say they will stay in Washington, D.C to meet with government officials over the next few days regarding the possibility of President Biden granting clemency on compassionate grounds. So far, 11 members of Congress have signed an open letter to the administration asking for Peltier to be released. 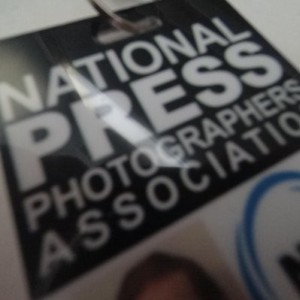 Sam Bishop is freelance writer and journalist based out of New England with a specialty in original reporting on underreported stories and topics. His work has been featured in numerous national publications.