As Georgia moves into the next phase of the pandemic, it is becoming clear that the state’s incarcerated population has actually increased despite releases spurred by COVID-19. While state prison officials tout a “new vision” for parole released just earlier this year, underneath it all exists an arbitrary and unfair process in violation of state laws that leaves prisoners with few-to-no prospects for release.

On January 21, 2021, the Georgia State Board of Pardons and Paroles released a “New Vision Statement.” It isn’t particularly new. Although the 2021 statement has 41 more words than the 2015 version, and includes claims of being “data-driven” and “scientific,” there appears to be little change to its substance.

In rankings of incarceration rates, Georgia is ranked as the 8th highest, according to the Sentencing Project. It has also granted parole to a steadily decreasing number of prisoners over the last few years.

Meanwhile, a chart on the GDC’s 2020 annual report explains that its prisoner population only decreased from 54,835 in 2012 to 53,412 in the beginning of 2020. By July 2020, that number dropped to 49,817, but the vast majority of those releases were due to completed sentences and were in no way to the credit of the Parole Board.

While the overall prisoner population dropped in mid-2020, the parolee population increased by less than 500. The 2020 report also states  “these significant changes are the results of COVID-19 and the subsequent judicial emergency”—meaning, only a small percentage of prisoners were granted parole by the Board as their way of addressing COVID safety. The parolee population increased from 20,719 to 21,069 on June 30, 2020.

What must be accounted for are the thousands of prisoners who, although still in county jails, were technically in the constructive custody of the GDC and, therefore, a part of the GDC’S overall population count.

GDC admissions were halted by March 16, 2020—and still to date GDC admissions are slowed—due to the pandemic and judicial emergency. Jails were brimming with roughly 30,000 incarcerated people by July of 2020, many of whom were prison-bound, according to ReformGeorgia.org.

According to state prison data, 29.1 percent of people incarcerated are there on non-violent charges; 71 percent are medium-threat security, 8.8 percent are minimum-threat security; 20.6 percent are age 50 or older; and more than 40,000 have completed GED and/or vocational training within the past six years—with enrollments for these programs up 540 percent in 2019. With such a large pool of seemingly eligible prisoners, why are so few people being granted parole?

The answer is simple: the Parole Board never complied with its mandate to establish viable eligibility criteria that offenders could meet by merit and, thus, qualify for parole. As it stands now, parole is arbitrary, and nothing can actually be done by prisoners to mandate or even better situate themselves to receive it.

“Tony” has served 29 years in custody of the Georgia Department of Corrections. Shadowproof is withholding his real name to protect him from potential retaliation from corrections and parole officials.

“If parole is a privilege, that implies that it can be earned,” Tony said. “If there is not a set criteria to earn parole, then it is not a privilege.”

In fact, when Tony communicated with Shadowproof, he argued that parole was ostensibly a right or, at the very least, a right invested “liberty interest.” Over 30 years ago, legislators established a liberty interest in parole, or the right under the due process clause to be able to actually do something or in some meaningful way qualify for parole.

Prisoners have an interest under the law to parole, provided their offense doesn’t statutorily bar them from it.

“Georgia Law requires the GA State Parole Board to set requirements and criteria for people to be eligible for parole. Eligibility means qualified or entitled to. People hang onto hope, as long as there is something to hang on to, yet hope and the dream of parole is abandoned when the conclusion is, inevitably, reached that no parole shall be forthcoming,” Tony said. “Parole is like a carrot dangled, seeming attainable, but nevertheless is always withheld just out of reach.”

Undoubtedly, in 1982, over 35 years ago, the Georgia legislature mandated by statute [O.C.G.A. 42-9-45 (a)] that the Georgia Board Of Pardons and Paroles will include in its regulations an eligibility requirement for parole. The Board has failed to do this.

“Every program offered within the GDC is supposed to decrease offender recidivism and increase parole eligibility. Parole, however, doesn’t actually factor programming or behavior; rather it has become so arbitrary that it is decided solely by the whims of those in the position to make the decision,” Tony explained.

“If each individual was to be considered upon their own merit, rather than so-called conclusions reached by ‘prediction software’, better, more factually sound, and more reasonably based assessments of parole eligibility could be best reached,” he said.

Yet, the board, through its practices and customs, asserts that the eligibility requirement for parole is the initial consideration and the reconsideration by the board, misconstruing the law as it is written. An actual requirement would demand that something material is accomplished to merit parole.

The only way this egregious and unconstitutional situation can be rectified is by specifying what an individual can do  to be granted parole in the state’s regulations and operational procedures. Parole reform can also be enacted by amending the legislation that’s already in place.

“William,” another person incarcerated in Georgia who agreed to speak with Shadowproof on condition of anonymity, said, “Personally, when it comes to parole, I don’t understand the requirements. I know guys that have done a lot of time, they have sat back, and done their classes or have done this new MATRIX system, or braille program, on the job training certifications, Lifers Group, Master carpentry certifications, and they’re still not granted parole despite being up for parole consideration. They just keep being denied and set off another year or more.”

Interestingly, amidst all the recent talk of prison reform in Georgia, new legislation such as House Bill 288 fails to provide direction to the state’s parole board for meaningful eligibility criteria. It does not create a liberty interest in parole for offenders, and does not serve as parole reform but rather new parole stringency.

Parole reform is necessary. There are still lifers in prison who should have been free over 42 years ago. Overcrowding in the state prison system is on track to hit a new all-time high by 2036, because the Board is not releasing people, especially those life-with-parole sentences.

“It’s really sad to be determined to change your life in prison, because no matter what you do, no matter what you achieve, or how hard you slave, they will always snatch the silver lining away and demand you serve more time,” William said.

All things considered, one glaring thing is apparent. Georgia’s citizenry should be concerned because it doesn’t appear there’s anything “new” about the vision of the state’s Parole Board, nor does it seem to be “data-driven”; in reality, the Board seems to be both blind and data-divorced. 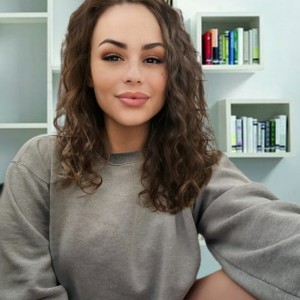 C. Dreams is a writer and advocate interested in prison/criminal justice reform, LGBTQ rights, harm reduction and government/cultural criticism. She has studied history/theology with the Third Order of Carmelites and completed degrees in Systematic Theology. She is currently studying law.