A man incarcerated at the Toledo Correctional Institution in Ohio has ended a 48-day hunger strike, his family said.

Thirty-nine year-old Mark Hinkston, who now goes by Mustafa, has been incarcerated at the Toledo Correctional Institution (TOCI) since 2013, according to public records.

Mustafa began a hunger strike from solitary confinement on February 26, 2021, where he expects to stay until his release.

Due to COVID-19, he wears a face mask adorned with “I Can’t Breathe,” a rallying cry that rose in popularity following the killings of George Floyd and Eric Garner by police.

Mustafa launched a hunger strike after staff confiscated his electronics, including a tablet, and because he could not communicate with his fiancé

“It’s pure torture and over a period of time it has the ability to diminish the things inside an individual that makes him a human being,” Mustafa said, referring to  solitary confinement. “Guys begin to act like animals locked in a cage, only knowing how to communicate through loud noises, only knowing how to express themselves by throwing feces and urine and doing things that a normal human being would never do.”

“I actually did nothing!” Mustafa wrote through his team on Facebook. “This conduct report is very creepy to me!”

In solitary confinement, Mustafa has no electricity, no ability to send outgoing mail, and no contact with the outside world. He  started a $10,000 fundraiser to hire an attorney to seek judicial release.

Prison reform activists have described Mustafa’s treatment as “torture” in retaliation for revolutionary organizing from inside the prison walls, which began in the mid-2000s.

Following the beginning of his hunger strike, a prison abolitionist group, Prisons Kill, publicized his demands through Twitter and various methods of online communication.

Prisons Kill, which describes itself as “a movement led by incarcerated people that aims to expose the abuse inherent to prisons,” put out documents calling for public support, otherwise known as phone or email “zaps.”

“Last time, Toledo Correctional Institution staff did not even recognize his hunger strike, which is very dangerous.” (Under TOCI regulation, inmate hunger strikes must be recognized within 9 days.)

The group described Mustafa as an organizer, abolitionist, comrade, and friend, and urged supporters to “tell TOCI to immediately meet all his demands”.

Various stories and articles have been authored by Mustafa across multiple blogs, including the Prisons Kill website, as well as a site founded by former Ohio prisoner Jason William-Goudlock. He describes himself as a prison journalist, reporting on “the other side of Amerikkka”.

In May 2020, Mustafa published a prison COVID-19 update on SoundCloud through a recorded phone call.

“On 10-28-2020 mental health staff came to the restrictive housing (RH) unit, where I was being held against my will.” Mustafa recounted.

“As this mental health physician slid a packet of crossword puzzles into the crack of the door to the cell where I’m forced to live, I expressed to her that I was having suicidal thoughts and needed to speak with a mental health staff member,” he shared.

Mustafa added that the physician later made jokes about his suicidal thoughts with a corrupt correctional officer.

“Mentally ill prisoners make the ‘perfect victims’ because most of them don’t possess the mental capacity to articulate their issues of abuse and neglect,” Mustafa declared.

The 39-year-old’s frightening experiences around suicide later came to the forefront after a hostile experience with a prison guard. Mustafa was allegedly told, “I have to see blood,” by a CO after attempting to voice his concerns.

In January 2021, Mustafa witnessed a suicide at TOCI.

“Nothing was done about the role of neglect in the death of this prisoner. This served as an incident without a victimizer!” according to Mustafa. “Although mental health staff (as caretakers) had a prior knowledge that this prisoner would kill himself and they allowed him to do it for the sake of seeing if he would!” Mustafa felt like he had no other avenue to have his pleas taken seriously, and cut himself, his fiance, Cynthia Colunga, told Shadowproof.

“I would send him JPay and whatnot, and in turn, they would not allow him to even write me,” Colunga said. “I guess from there, he went on suicide watch.”

In Ohio prisons, prisoners under suicide watch are required to be checked on every 15 minutes.

She added that Mustafa felt like guards were bullying him and that Warden Harold May’s approach was to “say one thing and do another.”

Despite the prison’s policy mandating hunger strikes be acknowledged after 9 days, Colunga said Mustafa’s demands haven’t been met. He still can only communicate with her “very briefly” and she said his electronics remain confiscated.

Mustafa said that, because incarcerated people most often come from poverty, no light has been shed on their struggles and harm.

“For example, look at the case of Jeffrey Epstein,” he said. “This very wealthy person hung himself in lock up and it was world news! It was broadcasted on every station with a media outlet in existence, ‘Good Morning America,’ etc. Even Court TV showed extensive footage about the incident.”

“The only difference between the death of Jeffrey Epstein and the death of the prisoner who hung himself was their ‘financial worth!’” Mustafa angrily stated. “They were both human beings in lock up! They both committed suicide. However, there was evidence that the prisoner here was coaxed into the act by prison officials and mental health staff. No one cared enough to look into it though!”

Despite the prison’s denial of culpability, Mustafa’s fiance told Shadowproof she will continue to inquire and file grievances to have his electronics and communication privileges returned to him. She plans to reach out to Ohio-area media outlets in an attempt to garner mainstream awareness of his story. 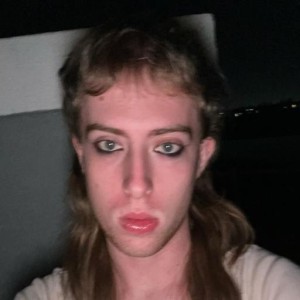 Emma Rosewood is an abolitionist reporter covering the carceral system. Living on stolen Nisenan land. Follow her on Twitter @olddressdevil.