Following the November 20 forceful eviction of an encampment by state officials and unwillingness from people in power to support new housing solutions, homeless people and organizers alike are struggling to resolve the lack of access.

Manchester had at least 35 documented homeless encampments as of October 2019, but the unhoused population has risen since the pandemic began. Despite this, the state has not revamped its plan for homelessness since 2006.

A report released in December 2020 by the New Hampshire Coalition to End Homelessness (NHCEH) found that the number of unsheltered unhoused people in Manchester ballooned from 170 in July to 480 in late November of that year. Nearly 40 percent of the state’s homeless population and 60 percent of the unsheltered population reside in-and-around Manchester.

“We were riding a wave of that perfect storm for many years,” Savard told the Concord Monitor. “With the pandemic, we hit a tidal wave.”

According to the report, Black and multiracial people are four times as likely as white people to experience homelessness in the state; despite making up nearly 3 percent of the statewide population, they make up about 10 percent of the homeless population. The numbers are starkly similar for Hispanic/Latinx people in New Hampshire.

NHCEH’s report was published after weeks of disagreement between state and local officials. On November 5, fourteen New Hampshire mayors sent a letter to Governor Chris Sununu (R) calling on him to prioritize a new plan for the state.

One month prior, the NH Justice Department denied a request for emergency COVID relief funding for the city of Manchester specifically to address homelessness, saying it did not “qualify as an emergency right now.” The city immediately appealed the decision.

The impact on the streets was perhaps most apparent in an eviction battle between community members and state officials.

On November 10, the state’s Attorney General announced they would evict an encampment in front of the Hillsborough County Courthouse in Manchester by November 16.

Starting November 16, local community organizers — including members of the state’s decentralized mutual aid network, the New Hampshire Youth Movement, Black Lives Matter New Hampshire, and others — occupied the encampment in solidarity with the unhoused living there, holding off the eviction process.

Over a hundred community members were counted on the first day, and volunteers took shifts staying in the camp to hold off the eviction process. This effort was successful for five days, until the state proceeded with the eviction on November 20, handcuffing unhoused residents and arresting two, without a plan for supporting the unhoused.

“It looks like clutter, but they pick up whatever they can to make them feel like they’re human. We’re living in tents,” said Manny, a resident of the encampment, in a video posted on Twitter as he prepared to move. State police milled around in the background. “[Do you know] how many of these people have absolutely nothing?”

With nowhere else to go, a number of former encampment residents moved across the street.

“Imagine if instead of spending resources and time plotting an eviction and erecting additional surveillance on the roof of the court house, our gov put up a medical tent, or staffed multiple mental health counselors on site, or funded harm reduction orgs to be present,” tweeted Emmett Soldati, a business owner in Somersworth running for chair of the state Democratic party.

The NH GOP claimed the city itself, court officials, and others had complained about the encampment, thereby justifying its removal. Hillsborough County District Attorney Michael Conlon replied that his office had in fact not asked for removal of the encampment, responding, “Shame on [the GOP] for lying to twist the narrative about this tragic situation.”

The following week, Mayor Joyce Craig announced a plan to provide housing in an unoccupied building. But a real estate developer named Ben Gamache bought the property within twenty-four hours to prevent it from being used for housing. He offered another property, which organizers say is essentially a parking garage, which the city turned down for being uninhabitable.

In late November, Gov. Sununu created a new Council on Housing Stability; notably absent from its membership was Mayor Craig.

Alissandra Rodriguez Murray, the organizing director of New Hampshire Youth Movement and an organizer with the eviction resistance effort, suspects that part of the confusion surrounding resources and funding for Manchester’s homelessness epidemic stems from animosity between Gov. Sununu and Mayor Craig.

Murray expressed frustration that these politics were causing material harm to the community. “The politicians are going to continue playing politics above you while you’re trying to help people directly on the ground,” they observed. “And that’s a factor in how and what kind of help you get.”

Communication was already tense between organizers and officials, and the situation deteriorated into December. “Over the past month and a half, after everything happened, things started moving more slowly, again, especially because of the holidays,” said Murray.

Throughout December, three unhoused people died in different encampments in Manchester. Two additional shelter locations were opened during the month, one in a food kitchen space run by a local shelter, and another in a former police building.

While Murray acknowledged these additional spaces, they said, “There’s still not enough consistent beds for people.” They’re frustrated the city is advising community members not to donate to the local mutual aid fund, arguing cruelly that giving the unsheltered resources would encourage them not to go into a shelter.

“People actually need [donations], whether because they can’t access the shelters, or they just don’t want to go to the shelter for whatever reason, they still deserve the things they need to stay warm this winter,” said Murray.

“It’s frustrating when the city doesn’t recognize that unhoused people deserve their own autonomy to make decisions that are best for them. And in some cases, that’s accepting materials so that they can stay outside and camp, as opposed to going into a shelter, [if] for whatever reason, they’re not comfortable doing [that].”

The unhoused face harassment by the police when outside camping, and potential hostility from local shelters if they attempt to go indoors. Murray pointed out that the same shelter service controls all the local shelters, meaning that if you get banned from one, you’re banned from them all.

On top of all this, the New Hampshire winter has been “pretty brutally cold,” said Murray. “And it’s just hard knowing that three people have died already this winter, and that more will.”

The solution feels obvious to them: after staying in the encampment while combating the eviction, Murray learned, “When you take the time to get to know people and build relationships and build trust, you can be a lot more successful, helping [others] get the help they need, and building solutions that work for everybody.” 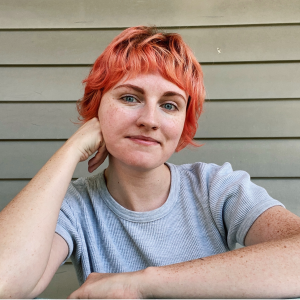 Lexi McMenamin is a reporter from Philadelphia who writes about politics, identity, and activist movements.