Want to support the Marvel Cooke fellowship and fund journalism on the abolition movement?
Make a donation today.

Shadowproof is thrilled to announce the launch of the Marvel Cooke Fellowship, which will fund reporting from writers of color on the movement to abolish the prison industrial complex.

Over the summer, a historic wave of protests against death-by-policing elevated demands to defund police departments. Unprecedented public curiosity in abolition followed, prompting many media organizations to produce introductory articles on the subject.

Shadowproof responded with journalism exploring abolition’s presence in a variety of organizing efforts. We published eight articles from a variety of writers that showed, for example, how abolitionists approach mental health crises and interpersonal violence without involving police. Throughout this project, our goal was to show how communities are manifesting abolition now, and to push back against the perception that it is an idea confined to a distant future.

The funding we can provide through the Marvel Cooke Fellowship will carry our abolition series into 2021 and ensure we have dedicated resources for publishing work by a diversity of writers.

Though Marvel Jackson Cooke’s reporting was published a century ago, it remains deeply relevant to the journalism we will fund through this fellowship.

Cooke was the only Black child in Mankato, Michigan, born in 1901 to parents she described as “Eugene V. Debs socialists.” She moved to New York City in the 1920s and joined the Harlem Renaissance, engaging in fearless journalism and activism confronting issues of race, class, and gender.

She wrote for The Crisis at the invitation of W.E.B. Du Bois, and was later published in The Amsterdam News. As the Washington Press Club Foundation notes, she was The Amsterdam News’ first woman journalist and worked in editorial roles as well. While at the paper, Cooke helped organize the first Newspaper Guild unit at a Black-owned newspaper

Later, she worked as the assistant managing editor at The People’s Voice and as a reporter and feature writer at The Compass, where she was not just the only woman reporter but the only Black person writing for the organization.

Cooke was questioned before Congress for her Communist Party membership, and the FBI harassed her and confiscated her passport as it had other Black radicals of the era like Paul Robeson. In the 1970s, Cooke played a leading role in defense campaigns for Dr. Angela Y. Davis, and continued her activism until her death in 2000 at age 99.

Her groundbreaking reporting on the exploitation of Black women working as domestic day laborers in New York City is exemplary of the journalism Shadowproof strives to fund through the Marvel Cooke Fellowship.

The first article Cooke wrote on the subject, “The Slave Market,” was a collaboration with Ella Baker and appeared in The Crisis in 1935. She returned with a three-part series called “The Bronx Slave Market” in 1950, reporting on her own experiences as part of the “paperbag brigade” in the pages of The Compass.

In her work, Cooke did not just tabulate the exploitation of working Black women but explored its root causes. She gave readers a sense of time and place, situating these newer forms of abuse within shifting currents of race, labor, gender, and migration following the Great Depression and post-World War II deindustrialization.

Cooke demanded more from government responses in her reporting, showing that efforts like free hiring halls dealt with only the most superficial complaints and, in some ways, further entrenched oppression.

She told the stories of workers instead of attempting to impose a contrived “objectivity” to show “both sides.” She presented her subjects as human beings with agency instead of silently oppressed objects, chronicling how workers overcame their isolation from one another to share strategies and organize collective resistance to stolen and suppressed wages, and other forms of abuse.

It is through this lens that Cooke argued the Slave Markets of the 20th century should not and could not be reasonably reformed. Instead, through labor organizing and struggle to destroy the conditions that enabled their existence, she called for the markets to be abolished altogether.

In the 70 years since Cooke traced the survivals of slavery to New York City’s “paperbag brigade,” Black people and other marginalized populations have encountered new forms of exploitation and coercion as they pursue survival in an increasingly hazardous world. Their efforts to organize against these new forms are not always visible to the general public, especially if they are part of criminalized and stigmatized populations, but these efforts are nonetheless critical to shaping the future.

The upheavals and displacement of the the early 21st century by economic, health, and climate crises, an increasingly militarized state, and ever-more precarious working conditions, therefore deserve the same on-the-ground attention as Cooke provided her subjects in the Bronx during the 1930s and 1950s.

We are honored to provide this opportunity to writers of color working in the tradition of Marvel Cooke and look forward to reading your pitches.

Journalists who would like to apply for the Marvel Cooke Fellowship are encouraged to pitch original news stories and analyses related to the movement to abolish the prison industrial complex.

We seek fact-based reporting that involves original source materials and the perspectives of impacted people.

Shadowproof is an equal-opportunity employer and we do not discriminate based upon gender, race, national origin, disability, age, religion, sexual orientation, or gender expression.

Potential areas of investigation include but are not limited to:

Applicants should demonstrate an understanding of and experience with reporting on the abolition movement. We are looking for journalism that examines issues involving abolition or reflects the work of abolitionist organizing.

Shadowproof is committed to the safety and privacy of our sources. We are open to discussing measures to protect sources featured in our reporting, as we acknowledge the sensitive and often dangerous nature of anti-violence organizing.

Please begin the subject line of your email with: “MARVEL COOKE:”

Your pitch should include:

We would also like the following information about you:

If you’re wondering whether your story might be right for Shadowproof, we encourage you to browse some of the reporting we’ve published from other writers, especially reporting we have published on the abolition movement.

Our coverage is generally focused on the United States, where we are based. However, in recognition of the international scope of abolition, we are willing to support pitches about the movement’s work in other countries.

Please do not pitch personal essays, editorials, or first-person narratives.

What Happens After I Apply?

We’re eager to read your application. Please give us at least one week to respond as we typically receive a high volume of emails.

Shadowproof will consider your application and respond if we have any additional questions. Once we have all of the information we need, we will email you with a clear decision. Unless the story is extremely time-sensitive, we encourage you to follow up with us if you haven’t received a response within a week of pitching. If it is time-sensitive, we ask that you make this clear in the subject line or at the top of your message.

If your application is approved, we’ll share information on our process, our style guidelines, and work with you to establish a deadline.

Shadowproof has a collaborative editorial process in which we encourage your active participation. We’re here to help you at every stage along the way, and you will have the opportunity to review, discuss, and approve our edits before publication.

Shadowproof supports all paid contributions by featuring them prominently on our homepage and sharing them widely on social media. Occasionally, we’ll also invite authors to participate in community activities with us, like Q&A’s.

Unless all parties involved have made an agreement stating otherwise, we pay writers on the day of publication. 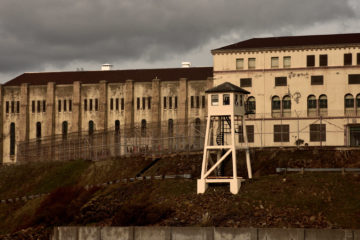