As recent calls to “defund the police” sweep the nation, some students who have police in their schools feel conflicted about their safety.

Shadowproof spoke to students in New York, who felt the presence of police is overwhelming in most cases. However, they see police as their only protection against legitimate security concerns presented by one of their peers bringing a firearm, knife, or other deadly weapons to school.

Unfortunately, experts say that police in schools are not only unnecessary for kids to feel safe, but fail to actually ensure their safety as well.

“The police, as a whole, are already funded entirely too much,” Lorraie Forbes said. She is a recent graduate of Clara Barton High School.

“You look at the funding for education or anything having to do with community or child services” and it’s severely underfunded in comparison to “any form of defense in this country,” which is “funded way too much.”

Forbes said there was a police presence throughout her middle and high schools. “It’s pretty overwhelming,” she said, having to get stopped and searched by police officers every morning when she enters school at around 7:30 AM.

She and other students have been forcefully handcuffed by police officers, and Forbes herself has been handcuffed on four separate occasions. She said that, for infractions like being “disruptive” during the class, the teacher can defer disciplinary action to the police officers who are on every floor of the building. They then forcefully handcuff the student and lead him or her to the dean’s office where they sometimes sit for over an hour, still handcuffed, while missing class time.

Despite assurances from New York City Mayor Bill DeBlasio and City Council members that the New York Police Department will face budget cuts, the school safety program is remaining intact. In fact, the budget will increase by 2% to $326 million, according to Politico.

Ramos recalled one time where a student was already in handcuffs and not resisting, but the police officer forcefully shoved his head into the police car. Ramos said that the metal detectors she has to enter the building through every morning are “an experience no student should have to go through.” They prolong her time to get to class by so much that even when she arrives at school on time, she can still be late to class. The metal detector line, however, is so normalized that teachers excuse students who are late because of them.

While they see police as a source of violence, they also believe the police are the only source of safety they feel they have.  They believe that police presence makes them feel safe when students bring weapons to school. Sometimes, if students got into an argument with one of their peers the previous day, they might bring a weapon to prepare for a fight the next day.

However, safety for students at Clara Barton would improve with more resources overall, Forbes said.

The large presence of police in largely black and brown schools and neighborhoods criminalize them, Forbes said. “If you continuously tell people” that “you’re going to a criminal when you grow up, their mind is going to be altered to think that they are going to be a certain way,” Forbes told Shadowproof.

“Educate yourself and realize what you are doing” by having an overwhelming police presence in these schools and “you’ll see things start to change.”

Experts, who study school policing, believe the violent contradiction described by Forbes does not make them safer. In fact, it takes attention and resources away from practices that could materially increase safety in schools.

“Whenever we look at kids who are of color, safety becomes about policing,” said Jasmine Gripper, Executive Director for the Alliance for Quality Education (AQE). AQE is a New York-based statewide education advocacy group focused on grassroots parent organizing in predominantly black and brown communities.

She said one of the underlying causes of the violence in schools is poverty. Ignoring poverty as an underlying cause is putting “a bandaid on this huge systemic problem.”

The work of AQE began with reforming the Code of Conduct in New York, specifically provision B21, which defined severely disruptive behavior broadly as “being insubordinate.”

Infractions could range from chewing gum to talking loudly, refusion to take off one’s hat inside the school building. AQE pushes for reforms by working with the New York Department of Education (DOE). For example, they advocate against suspending students in kindergarten for having a tantrum.

While they failed to completely ban suspensions, they succeeded in making it harder to suspend students by changing the definitions of what is deemed “disruptive” behavior.

“The majority of the arrests of students that occur in school are for really minor offenses that on the street would not even be a crime,” said Nancy Heitzeg, Professor of Sociology at St. Catherine University and author of The School-to-Prison Pipeline. “Police are not making schools safer […] When police are somewhere, there is going to be criminalization.”

The root of the problem lies in a variety of factors, Dr. Heitzeg said, from underfunded schools to majority-white teachers in majority black and brown schools, neighborhoods in poverty, lack of opportunity, and overworked and underpaid teachers in the classroom. She said one of the main questions schools need to ask is “How else could we spend all of this money we spend on policing?” which can sometimes go into the millions or billions.

She calls kids getting arrested in schools and placed in jail the “most insidious and problematic piece of the [school-to-prison] pipeline.”

“The argument that we’re going to make schools safer by putting police officers there is not tried and true,” said Dr. Peter Williamson, Associate Professor of Teaching at Stanford University and Faculty Director of the Stanford Teacher Education Program.

“Children feel safer and feel more part of a community when punishment and surveillance are not part of the solution. It’s more impactful to address harm by not isolating students and throwing kids out of school than it is to have them address the community in ways that will help the community heal and help students take accountability for their actions.”

“There’s a narrative that has been built that school police are different than police in our communities,” said Maria Fernandez, senior campaign strategist of the #PoliceFreeSchools campaign at The Advancement Project.

She said that calling police in schools something else—such as school resources officers, counselors, safety agents, or peacekeepers, as organizations like the National Association of School Resources Officers have done—is “branding these cops as anything other than cops.” It is not making school communities feel safer.

Instead of police responding to student behavior, Fernandez advocates for educators, restorative justice practitioners, or counselors to develop a response instead.

Restorative justice is meant to be preventative, not reactionary. “By the time a young person brings a knife to school, it is already too late,” said Fernandez. “What young people know generates safety is building trusting, loving, and nurturing communities” and schools, as the place where young people spend the majority of their time, play a particularly important role in making students feel safe.

When teachers deem certain children problematic and disruptive, Williamson said, students internalize that feeling and feel unwelcome in the classroom. Instead, students need to be seen as “valued [members] of the community.”

“The minute we start positioning children as being the problem,” Williamson told Shadowproof, “we begin a process of pushing them out of school.”

Police in schools are not the solution to making students feel safer. In order to be effective, school safety must be reimagined as long-term investments in school resources and the implementation of restorative justice practices within the school community. 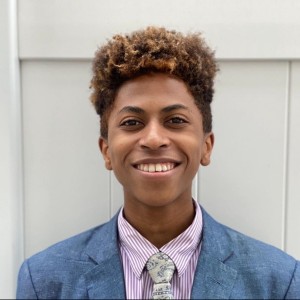 Rainier Harris is a rising senior at Regis High School and a Queens native. His work is in City & State NY, Curbed NY, YR Media, The 74, City Limits and Gothamist, among other publications. He received two National Silver Medals in Scholastic Writing Awards for journalism and is a member of the Center for Court Innovation’s Youth Justice Board. Rainier likes writing about youth, race, police, and surveillance and wants to become an investigative journalist for his career. His instagram and twitter is harris_rainier. You can check out more of his work on his website (https://rainierharris3.wixsite.com/rainier) and portfolio (https://muckrack.com/rainier-harris)

In Building Global Solidarity, Abolitionists Look For Links Between Struggles