Advocates and incarcerated people fear a potential COVID-19 outbreak at MCI Norfolk in Massachusetts after an incarcerated man collapsed during his kitchen duty shift.

The man was taken to the hospital and tested positive for COVID-19. Officials placed his housing unit on lockdown, but only after he potentially exposed kitchen staff and incarcerated people in his housing unit to the virus.

His seven roommates were later tested and quarantined, and on June 29 and 30, mobile testing sites were deployed.

Messages from incarcerated people shared with Shadowproof allege that at least six housing units (8-1, 8-2, 7-2, 4-1, 3-3, and 2-2) were recently locked down in response to potential COVID-19 exposure.

It remains unclear when results from testing will be made public. Through July 1, the DOC reports that it tested 1,277 incarcerated people and 70 corrections staff at MCI Norfolk, resulting in three and six positive tests, respectively.

Bonnie Tenneriello, a staff attorney at Prisoners’ Legal Services of Massachusetts, told Shadowproof that an incarcerated person who tests positive for COVID-19 may be placed under lockdown or moved into restrictive housing.

“Some people refuse testing if they know a positive test might send them to a solitary confinement unit,” Tenneriello said. “But it’s a Catch-22 because refusing testing can also get you sent to solitary. While medical isolation is an appropriate response to COVID, solitary confinement is not.”

Tenneriello also confirmed concerns about heat and a lack of airflow in restrictive housing raised by incarcerated people in messages shared with Shadowproof.

“To use the third floor of this building for people who are positive or may be positive for COVID seems very dangerous given the temperatures,” she added.

Multiple sources told Shadowproof that corrections officers have not consistently worn masks and have refused voluntary COVID-19 testing in at least some instances.

“The Department of Correction has taken several steps to protect the health and safety of those in our care, including universal COVID-19 testing at all 16 facilities,” department spokesperson Jason Dobson claimed in a statement to Shadowproof.

“MCI-Norfolk currently has one active case and continues to adhere to public health guidelines and utilize PPE, hand sanitizer, and other preventative measures to reduce the risk of introduction and transmission of COVID-19.”

The Executive Office of Public Safety and Security did not immediately respond to requests for comment.

The average age of people incarcerated at MCI Norfolk is 47 years old, which makes the prison population the oldest among Massachusetts correctional facilities (and therefore the highest-risk for COVID-19). Even so, when the state first tested incarcerated people across ten facilities for the virus in May, MCI Norfolk was the last facility to receive testing.

July’s COVID-19 outbreak is not the first time that MCI Norfolk has endangered incarcerated people. Among the 35 correctional facilities in Massachusetts, MCI Norfolk had the third-highest number of repeat environmental health violations (475 at most recent inspection), including overcrowding, mold, and other hygiene concerns.

According to Deeper than Water, a coalition that exposes human rights abuses in prisons by focusing on water justice, this month’s COVID-19 outbreak is just one entry in a longer history of intolerable conditions at MCI Norfolk.

“The reality is that the Massachusetts Department of Correction has a legacy of neglect at MCI Norfolk that stretches back for decades,” said Deeper than Water organizer Jess Kant. “This is the same prison where the water notoriously ran the color of instant coffee.”

Indeed, Roger Herbert died from liver cancer in 2018 after being exposed to contaminated drinking water at MCI Norfolk, and reports of unclean drinking water have persisted.

The Massachusetts Department of Public Health (DPH)  has an obligation to perform biannual environmental health inspections of every prison and jail. It is also the agency coordinating the state’s COVID-19 response.

On May 1, DPH conducted a site visit at MCI Framingham, a women’s prison, prompted by a tip from an employee alleging that 68 incarcerated people were sick, that the facility was underreporting COVID-19 cases to DPH, and that corrections staff were not following isolation protocols.

DPH has not stated any intention to conduct a site visit at MCI Norfolk, nor have they specified what conditions might justify a site visit in the future.

Advocates say decarceration is the best way to prevent incarcerated people from falling sick or dying from COVID-19. In April, the ACLU of Massachusetts and the Massachusetts Public Health Association sent a letter to Governor Charlie Baker urging him to use his executive powers to release prisoners.

“As COVID-19 continues to spread, prisons and jails across the country continue to serve as a breeding ground for the disease,” ACLU MA legal director Matt Segal told Shadowproof. “Massachusetts can still act to save lives now and throughout this public health emergency.”

Even after the Massachusetts Supreme Judicial Court urged Governor Baker to release prisoners, Baker said he didn’t “buy as a matter of law, fact, or policy” the notion that prisons can become hotspots for COVID-19 infection. Meanwhile, the five largest COVID-19 clusters in America are located in correctional facilities.

“We believe that the state cannot possibly provide the means for prisoners to protect themselves inside,” Kant concluded. “The only option is decarceration. To do anything less is to risk a death sentence for people inside.”

*Editor’s note: This article was updated on July 2 to include a statement from MADOC 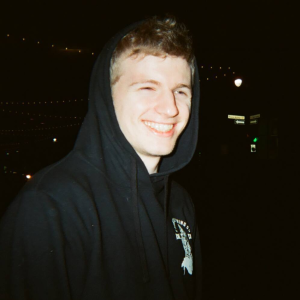 Jonathan Ben-Menachem writes about politics and culture, focusing on policing, austerity, and the criminalization of poverty. He is pursuing a PhD in Sociology at Columbia University. Visit his website at http://www.jbenmenachem.com