In March, a naval freight ship could be seen floating off the coast of Lesvos. It contained new arrivals to the Greek island, people who wanted to seek asylum but were denied this right.

The ship was overcrowded. Asylum seekers were not allowed to shower on board, and there were no appropriate beds. Luckily, none of these people carried the COVID-19 virus, or it could have spread quickly through the cramped conditions.

But this is not an issue unique to Greece, which has now resumed its asylum procedures. People around the world face more and more obstacles to seeking asylum, as borders remain closed due to the pandemic, and refugee organizations are concerned that the crisis has become an excuse for governments to limit the human rights of displaced people in the name of public health.

When Bill Frelick, refugee and migrant rights director at Human Rights Watch, made concerted attempts to get on board the ship, he was passed from one authority to the next. He was never given permission. Eventually, when the people on board were allowed to charge their phones, Frelick was able to speak to them.

The new arrivals would ordinarily have been taken to the island’s Moria refugee camp, a camp built for 3,000 people and now hosting 20,000. But due to Greece’s announcement on March 1 that it would suspend its asylum system, this did not happen.

The freight ship, Frelick believes, was not a quarantine measure. There was nothing happening on board to stop the spread of the virus.

“This was a response to President [Recep Tayyip] Erdoğan of Turkey having announced he was going to open his border to Greece and allow people to move into the European Union,” Frelick said.

Frelick maintained the public must be careful when “crediting the Greek government with having quarantined people” by not bringing them to the Moria camp. There was no legitimate public health reason to do that and suspend asylum.

Selma Mesic, the Greece and Balkans coordinator at Refugee Rights Europe, said displaced people at European borders have been left behind in the COVID-19 response.

“At the European Union’s external sea borders, we’ve seen the suspension of search and rescue operations and the closing of ports of arrival, and at external land borders we’ve witnessed the withholding of reception conditions and access to asylum,” Mesic added.

Refugee Rights Europe, along with more than 60 experts, professionals, and human rights defenders, signed an open letter to the 27 European Union member states, calling for governments to uphold the rights of displaced people in their COVID-19 responses.

“Some states have moved to include all individuals without discrimination in their public health responses, paused evictions from state accommodation for asylum seekers, or have granted residence to all immigrants and asylum seekers with pending residency permits,” the letter reads.

“At the same time, however, the health crisis has mostly given rise to concerning attempts to use COVID-19 as a pretext to suspend human rights of displaced individuals.”

The letter outlines the threats people in Europe face at internal and external borders. Ports of arrival have been closed, access to asylum has been denied, and illegal pushbacks are taking place—sometimes violently, as recorded by the Border Violence Monitoring Network.

Even before the pandemic, Mesic acknowledged there were reports of people being forced from Turkey into countries that pose threats to their safety.

“Beyond this, refugees who are pushed back to Turkey itself are experiencing challenges with accessing services, such as education through distance learning, basic supplies including masks and hygiene items, lack of access to clean water and multilingual information about the pandemic,” Mesic asserted.

According to Mesic,  a lot of the practices taking place have been inflicted upon asylum seekers for years, without any accountability. Her concern now is that the global health pandemic gives governments an excuse to step up their hardline approach towards migrants and refugees.

Human Rights Watch recorded numerous practices that have caused asylum systems to stop on the United States-Mexico border. People fearing persecution and serious abuse are being turned away, unable to lodge claims.

While these procedures were developed before the pandemic, Frelick believes officials are exploiting a public health crisis to apply them.

In January 2020, before the COVID-19 pandemic hit North America, the U.S.  Department of Homeland Security announced the Migration Protection Protocols, also known as “Return to Mexico.” Non-Mexican asylum seekers are now being turned away at the U.S.-Mexico border.

“People are made to congregate in border towns and areas that don’t have the capacity to provide sanitary and decent, even safe, conditions for people. And their claims [are still]  pending in the immigration courts of the United States,” Frelick described.

Asylum seekers from Honduras and El Salvador also face stringent measures. A cooperative agreement means that people from these countries trying to enter the U.S. are sent to Guatemala, where they can then apply for asylum.

The people usually have no connection to Guatemala, have no hope of supporting themselves whilst they await the result of their claims, and have little faith in the protection they could be offered.

“Many of these asylum seekers actually have family connections in the United States,” Frelick noted.

Frelick suggests, like Americans, they could stay at home to prevent the spread of COVID-19 or be quarantined somewhere with a rational evidence and testing-based environment.

“When it’s clear that they don’t carry the disease, they could be released in a manner where they would still be supervised and have to check in while they pursue their asylum claims,” Frelick added.

All this, he contends, can be done with proper social distancing, personal protective equipment (PPE), and video calls.

“There’s no need to send a person back to a life-threatening situation without even examining their claim in the name of protective public health in the United States.”

While the United States is largely denying people the opportunity to apply for asylum, Portugal has taken a different direction in a bid to limit the spread of COVID-19.

Migrants and asylum seekers with pending applications have temporarily been granted full citizenship rights, including full access to the health care system. Not only does this protect the health of asylum seekers, but also the wider population, as people can come forward for health care without fear.

“We are all in this together. [The] disease does not discriminate between borders, nationalities, or status, and only an inclusive response which ‘leaves no one behind,’ will allow us to stop its spread and recover together,” Mesic concluded.

Refugee Rights Europe urges all countries to provide access to asylum, proper reception conditions, and access to appropriate services so that everyone, whoever they are, can protect themselves during the pandemic. 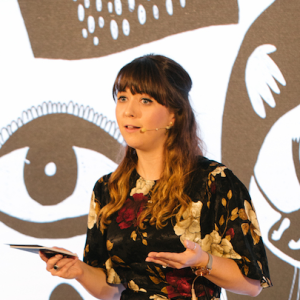 Katie Dancey-Downs is a British journalist with a passion for human rights and the environment. She’s travelled the world to investigate stories about people and the planet, with a focus on ethical storytelling.

Katie has been published by the likes of The 'i' News, Index on Censorship, and The Ecologist, and has been a finalist for the Fresher Writing Prize and the New Media Writing Prize.