Four activists turned themselves in to El Paso police on May 13 after the police issued warrants for their arrest related to a nonviolent demonstration inside a United States Border Patrol museum.

The 15-minute action in February highlighted the stories of Jakelin Caal Maquin, Felipe Gomez Alonzo, and Claudia Patricia Gomez Gonzalez, three migrant youth who died in Border Patrol custody between May and December 2018.

The four activists—Amanda Tello, Nicolas Cruz, Monica Chan, and Skylar Ruch—are among 16 people who face charges related to the demonstration. Three of those are charged with trespassing, while 13 are charged with felony criminal mischief – an alleged crime that carries a prison sentence of up to two years.

Before entering the police department on May 13, Tello, Cruz, Chan, and Ruch, who are part of the coalition “Tornillo: the Occupation,” read statements about the spirit of their work.

The activists were released after several hours in custody. Two other activists previously surrendered to police.

El Paso Police called an April 4 press conference to announce the charges and even listed one of the demonstrators on its most wanted list for two weeks.

Activists contend the charges are part of a coordinated campaign to persecute political opponents of the U.S. border enforcement regime — one that relies on misrepresentation and sometimes outright lying, as well as putting opponents of President Donald Trump’s administration in physical danger

Indeed, records acquired by Shadowproof via open records requests indicate U.S. Customs and Border Protection has engaged in a concerted effort to criminalize protests against the Trump administration’s border policies since the early days of the administration.

Border Patrol “Agents in Charge” hosted at least two major seminars on responding to mass demonstrations, the records show, including one in San Diego in 2017 and another in Texas’ Rio Grande Valley in April 2018.

The seminars were led by Paul Laney, a former Cass County, North Dakota sheriff and leading architect of the militarized police response to the Dakota Access Pipeline protests on the state’s Great Plains in 2016 and 2017.

In an email promoting an April 2018 training on “preparation, interagency cooperation, and response from a tactical and strategic standpoint,” Border Patrol Agent in Charge Christopher M. Seiler claimed “protests pose a significant threat to the border, law enforcement, and our communities.”

Seiler further described the importance of working with other law enforcement agencies, which likely included local police departments, to respond to demonstrators.

On February 21, roughly 50 people walked into the National Border Patrol Museum in northwest El Paso, singing songs and carrying signs and banners. “Child, child, child, child, will we ever see you grow? We are standing for your future, and we love you so,” they sang.

Two participants gave speeches through a bullhorn. Juan Ortiz, a University of Arizona doctoral student in Mexican American studies who is originally from El Paso, referred to the recent cases of an El Paso Border Patrol agent who became a serial killer, as well as another case where an agent shot an immigrant child in the head.

“This is an institution that has continually enacted state violence with growing impunity,” Ortiz told the crowd.

Others allegedly placed stickers honoring the three dead youth—Caal Maquin, Felipe Gomez Alonzo, and Gomez Gonzalez—around the facility. Within 15 minutes, the demonstration was over. The group left the museum and regrouped outside.

The right-wing outrage machine kicked into gear. The Fox News television program Fox & Friends, the Washington Examiner, and the Daily Wire all covered the action using inflammatory rhetoric. The stories variously claimed the demonstrators had “defaced pictures of fallen agents,” “vandalized” the museum, and/or caused museum employees to fear for their lives. The museum’s director described the incident as an “invasion.”

Donald Trump, Jr. and Sarah Palin tweeted about the action, and soon several Twitter accounts associated with individuals on the far-right were posting freeze-frame photos of activists’ faces – derived from a Facebook livestream video of the action – calling on their followers to “hunt down” the activists. Racist messages and death threats began to roll in.

Amanda Tello, one of the activists who turned herself in on Monday, notes that the original point of the museum demonstration was to challenge the narratives promoted by the Border Patrol museum, which are rooted in colonization and imperialism.

“The suffering undocumented people endure is not represented anywhere inside those walls,” she said. “The point was to say – hey, this is a very colonized history. This is an erasure of people.”

Ignoring the threats the activists received the El Paso Police Department published a list of individuals wanted in connection with the action, displaying the activists’ drivers license photos and cities of residence.

Ana Tiffany Deviz, an El Paso resident, was singled out by the police by virtue of being a local resident. Though she was only charged with a misdemeanor, she was placed on the city’s most wanted list for two weeks.

Soon after, roughly 20 police officers surrounded Deviz’ former residence and briefly arrested a woman who currently lives there, mistaking her for Deviz. Days later, Deviz surrendered to the police.  She only found out about the incident at her former residence through a posting on Instagram.“This villainization of us – it was just this spectacle,” Deviz recalled.

Following a March demonstration near the Paso Del Norte Bridge, where migrant families were detained in a chain-link fenced area, the El Paso police briefly detained three demonstrators based on the allegation that they resembled people who participated in the Border Patrol museum demonstration.

The National Lawyers Guild responded to the incident by putting out a statement to remind people of their First Amendment rights. “The tactic seems to be for the EPPD to stop protester and march attendees at random to try to get information out of them concerning recent acts of civil disobedience in El Paso,” they declared.

El Paso Police Department spokesperson Enrique Carrillo declined to comment for this story, instead referring Shadowproof to a press release about the incident.

In the nearby New Mexico town of Sunland Park, located nine miles from El Paso, members of the right-wing paramilitary organization known as the United Constitutional Patriots (UCP) have undertaken illegal operations for months, often engaging in heavily-armed detentions of those they alleged to be migrants, seemingly with the Border Patrol’s approval.

The incidents so outraged New Mexico’s own government officials that some have said the Border Patrol is “complicit” in illegal activities and demanded the FBI launch an investigation.

The police’s aggressive pursuit of the Border Patrol museum demonstrators occurred amid a series of unprecedented actions by Trump administration’s frontline immigration enforcement agencies against individuals and organizations working with migrants, including the arrest of nine humanitarian aid providers in Arizona, and surveillance, interrogation, and travel restrictions leveled against activists, journalists, and immigration attorneys in the San Diego-Tijuana area.

“We’re seeing a concerted effort to redefine forms of protest that were completely accessible before into illegal activity,” Juan Ortiz, the University of Arizona PhD student who spoke at the Border Patrol museum demonstration, told Shadowproof.  “Immigration and Customs Enforcement and Customs and Border Protection are becoming more and more like Trump’s private army, in an authoritarian way, basically doing his political bidding.”

Participants in “Tornillo: the Occupation” plan to continue their challenge the Border Patrol’s inhumane treatment of undocumented people.

Many are calling attention to the case of Nicole Garcia Aguilar, a trans woman who fled Honduras after surviving a violent attack and death threats. ICE kept her in solitary confinement for nearly a year and released her after an immigration judge granted her asylum. But last month ICE arrested her once again.

It is unclear if the El Paso District Attorney will bring charges against the museum demonstrators.  Even though the police have recommended charges, the DA has not accepted them so far, according to Bill Quigley, an attorney for some of the demonstrators.

Outside of the El Paso Police Department on May 13, right before going inside, Tello drew a connection between government-sanctioned killings on the border, which the museum demonstration originally highlighted, and police murders of black and brown people in the U.S.

“Every day, state violence comes to take yet another child from our community,” Tello declared. 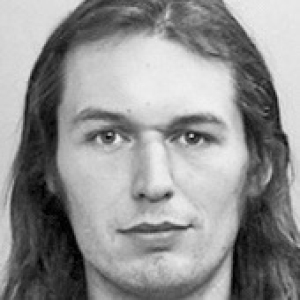