In October 2017, the Detroit Police Department (DPD) obtained a cell-site simulator, which is a type of surveillance technology that locates and tracks phones by mimicking cell phone towers. Also known as IMSI catchers and Stingrays (a specific model of cell-site simulator made by Harris Corporation), cell-site simulators are increasingly used by law enforcement to locate suspects in investigations across the country.

The technology was purchased for $622,000 from KeyW Corporation in 2016, but DPD did not take possession of the equipment until the fall of 2017.

Cell-site simulators allow police to collect the cellphone location information of anyone in the vicinity of the device. This is not limited to the targets of police investigations and includes passersby suspected of no wrongdoing.

Such dragnet surveillance has sparked widespread concern from civil liberties groups across the country. They argue cell-site simulators can be used to circumvent constitutional rights to privacy under the Fourth Amendment.

While some cities recently enacted legislation requiring police departments to inform the public and even gain approval from city council before obtaining new surveillance technologies, Detroit has no such policy in place.

Shelli Weisberg, political director at the ACLU of Michigan, believes the ability of law enforcement agencies like DPD to unilaterally acquire surveillance technology without public knowledge or approval is a huge problem.

“The fact that no public input is mandated is really problematic,” Weisberg said. “Having a privacy ordinance like that would be beneficial in Michigan.”

Additionally, a non-disclosure agreement between the City of Detroit and KeyW shows Detroit must notify the company of records requests pertaining to its work “immediately,” so that it can seek to block their disclosure.

The NDA forbids Detroit from discussing or releasing information to third parties or ”legal proceedings, press releases, court documents, public forums, interviews, direct or indirect statements to the media or public” without the “prior written consent of KEYW.” It mandates the city “take precautions” to ensure information about its work is “stored and/or destroyed in a manner that precludes unauthorized access.”

Many companies contain similar language in contracts with government agencies, but some civil liberties advocates are concerned the increasingly intertwined nature of these public-private partnerships threatens the integrity of the public records process.

DPD is not the only law enforcement agency in Michigan that has cellphone tracking technology. The Michigan State Police and Oakland County Sheriff’s Department possess cell-site simulators as well.

In 2015, the ACLU of Michigan found through public records requests that Michigan State Police secretly used cell-site simulators to track mobile devices in hundreds of investigations since 2006. Although the agency justified purchasing the technology as “vital to the war on terrorism,” the cell-site simulator had not been used in a single terrorism investigation as of 2015.

DPD claimed in response to FOIA requests that disclosing the identity of the model and specifics of the device would impair the department’s investigative and counter-terrorism capabilities, compromise officer safety, and would allow individuals to develop countermeasures to circumvent the product’s effectiveness.

It is unclear how many of DPD’s cell-site simulator deployments, if any, were connected to terrorism investigations.

Public records documents show that five people were authorized and trained to use the cell-site simulator. All of them were plainclothes officers, which generally aim to avoid identification as law enforcement by wearing civilian apparel.

“If you’re pinging my cellphone for my location, that’s private information,” he said. “These simulators—it’s called overreach of the criminal justice system.”

Last year, the Supreme Court ruled that cellphone location data is private information, and that law enforcement generally need a warrant to track someone through their mobile device. But some police departments, like Chicago’s, have deployed cell-site simulators without a warrant, including by incorrectly describing the surveillance technology capabilities.

Rep. Lucido is concerned that police will do the same in Michigan.

As law enforcement agencies across the country adopt new surveillance technologies en masse — from drones to facial recognition to cell-site simulators — the details of how the tools are used matter, and on that, the public is still largely left in the dark. 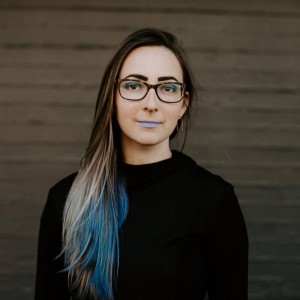