“Progressive prosecutor” Larry Krasner’s appeal of the ruling stood in the way until Wednesday, April 17. At issue was whether Ronald Castille—a former Philadelphia District Attorney, Pennsylvania Supreme Court Justice, and Krasner transition team member—had a constitutional duty to recuse himself from Mumia’s appeals of cases Castille’s office had prosecuted as DA.

One of Mumia’s attorneys, Judith Ritter, described Tucker’s December decision as “a straightforward application of federal and Pennsylvania law requiring cases to be decided by judges whose impartiality cannot reasonably be questioned.”

Tucker’s ruling gave Mumia the right to relitigate appeals that were denied by the state Supreme Court between 1998 and 2012.

While many in Philadelphia were surprised by Krasner’s appeal, organizers who mobilized for Mumia’s freedom for decades were prepared for it. They organized to influence Krasner’s decision and eventually pressure him to drop the appeal.

The latest effort, reinvigorated by the December decision, launched on January 5. Roughly 200 people rallied in the rain for over an hour outside Krasner’s office. City buses, taxi cabs, and other vehicles honked their horns in solidarity.

Protesters marched through the streets, briefly shutting down traffic around City Hall and on South Broad Street.

The action ended with food, speeches, discussions, and strategizing in work groups. Organizers came together from across the country and discussed Krasner’s then-pending decision, acknowledging that despite the promise of new appeals for Mumia, his road to freedom would be a major fight, regardless of whether or not Krasner appealed.

A couple of days later, petitions with nearly 4,000 signatures were delivered to Krasner. Wayne Cook, Mumia’s nephew who delivered the petition, bears a striking resemblance to his uncle.

Mike Africa Jr. is the son of recently released MOVE members Michael and Debbie Africa who are a part of the MOVE 9, a group of nine political prisoners who were sentenced to 30-100 years in prison, after police raided their home in 1978 and one officer was shot and died in the process. Against the grain of press coverage at the time, which often demonized MOVE, Mumia was an award-winning Philadelphia journalist who covered the city’s repression against MOVE closely.

“He does some things that people would see as progressive. He’s taken some people who’ve had first-degree murder charges down to third-degree murder, and the whole cash bail out thing, but at the same time, he’s a politician.”

After Krasner decided to appeal Tucker’s ruling, organizers increased the pressure at the district attorney’s public events, putting him increasingly at odds with protesters he often claimed to represent on the campaign trail, including some who actively campaigned for his election.

Activists attended a panel Krasner convened on parole and probation in late January to ask pointed questions about why he opposed Mumia’s path to freedom.

Krasner smugly implied protesters did not understand the ramifications of Tucker’s ruling, remarking, “The opinion that the judge wrote, is one that agreed with us in large part, and disagreed with us in a small part. And in the small part it has broad implications, because if we take the judge’s opinion as written it would not only affect that case, it would affect potentially thousands of cases.”

One of the audience members interrupted Krasner to say “Yes, and that’s good!”

The district attorney was later probed at the meeting by Philadelphia Coalition for Racial Economic and Legal Justice (Philly REAL Justice) organizer Megan Malachi, who noted that she and her family “don’t even support electoral politics” but still came out and organized to support his campaign.

Krasner responded with a frustrated tone, claiming he had done a lot for Malachi’s family and a lot to protect her freedom of speech. He asked how many people wanted to talk about probation and parole, suggesting protesters intended to “hijack” the event. He then said he had “no further comment on [Mumia].”

Activists were intentional to not override the concerns of predominantly black and brown working class people seeking to engage Krasner’s administration on issues that could mean freedom for their family members. But Krasner’s appeal affected not only Mumia’s case, but as he said, potentially thousands of others, who may have faced similar judicial bias

Though Krasner’s attempts to engage the public seemed conveniently timed with criticisms from the left for his handling of Mumia’s case, he was also under intense scrutiny from hard right “tough on crime” figures within the Trump Justice Department for positions they feel are too lenient.

Krasner’s decision also put him at odds with sectors of movement lawyers, who have otherwise revered his attempts to craft a more “progressive” approach to prosecution as part of “ending mass incarceration.”

Days after the probation and parole event, Yale’s Rebellious Lawyering conference (RebLaw)—the largest student-run public interest law conference in the United States—disinvited Krasner from delivering a keynote address, inviting Mumia instead, a prominent jailhouse lawyer in his own right.

“Mumia’s case is marred by injustices, including clear evidence of systemic racial bias, political targeting, conflicts of interest, and police corruption. In short Mumia’s case illustrates many of the pervasive injustices that Krasner campaigned against,” read a statement disinviting Krasner from RebLaw.

Conference organizers “strongly urged him to drop his appeal,” asking the DA “to join activists in a conversation about the promise and perils of ‘progressive prosecution,’ including directly discussing his decision to appeal Mumia’s court decision. The DA declined to take part in such a conversation.”

Mumia delivered his keynote on rebellious lawyering from a prison phone at SCI Mahanoy prison highlighting the legacy of lawyers Fidel Castro, Nelson Mandela, and Clarence Darrow. He didn’t miss the chance to take a couple of shots at Krasner in the process.

“No so-called progressive prosecutor can or will unbuild [mass incarceration]. That’s because it took the entire system, DAs, judges, cops, defense lawyers, and prison administrators, not to mention the media, to collaborate on a monstrous project like mass incarceration. Only mass resistance can abolish mass incarceration,” said Mumia.

On February 11, when Krasner spoke before a crowd at one of Philadelphia’s public libraries, organizers distributed fliers about Krasner’s decision with regards to Mumia. They featured a picture of Mumia on the back and text that said: “Drop the Appeal.”

People throughout the crowd were seen holding up the image as Krasner spoke. As he finished, Pam Africa—MOVE’s Minister of Confrontation and Chairwoman of the Concerned Friends and Family of Mumia Abu-Jamal—stood to ask Krasner a question. He quickly left the stage with his police security detail.

Krasner was peppered with questions from organizers about his handling of the Mumia case at an event on March 9.

On March 26, Tucker responded to Krasner’s procedural notice of appeal (known as a 1925(b) complaint), and articles soon hit the Philadelphia press discussing the judge’s legal excoriation of the DA’s position.

Finally, on April 17, Krasner’s office dropped the appeal. But Krasner suggested Tucker’s opinion had “been modified consistent with our primary concern — that ruling’s effect on many other cases.”

Shadowproof spoke with Rachel Wolkenstein about Krasner’s analysis of Tucker’s supplemental opinion. Wolkenstein is an attorney who represented Mumia from 1995 until 1999.

“It’s just totally a lie, a misrepresentation of what Tucker just wrote to accept as accurate Krasner’s description of what it is.” said Wolkenstein.

Krasner maintains that Tucker’s decision is no longer broad and only applies to people who kill police officers.  Wolkenstein argued that is not supported by Tucker’s supplemental opinion, which was “not a concession to Krasner. It was an absolute devastation of Krasner’s points.”

“All the articles that have come out take as good coin that what Krasner’s describing of Tucker’s decision is correct, and it’s just false,” added Wolkenstein, “I spoke to at least two of those reporters directly, went through all this, and they sort of said, ‘yeah, you’re right,’ and then either they or their editors wouldn’t [print it].”

Tucker provides clarifications that read as a scathing chastisement of Krasner’s intent to appeal the original ruling:

Appellant’s [Philly DA] 1925(b) complaint that this court’s conclusion will potentially require ‘any lead prosecutor who becomes a jurist to recuse in every case that was pending in that persons office when the now-judge was the lead prosecutor,’ is not valid. But yes, in every case where there was a conclusion, and the case then comes before that former lead prosecutor, now judge, from the same judicial district, for examination, recusal is necessary. That prosecutor, now judge, must appreciate that his personal desires and ambition to serve on the court do not surpass a defendant’s (Appellee’s) constitutional due process rights. [emphasis not added]

Tucker goes on to say that Krasner “alludes to the high number of cases that would result in recusal by this court’s conclusion. Whether there is one (1) case that warrants recusal, or substantially more than one (1) case, the number of potential cases affected by recusal must not be a consideration when determining the guarantee of due process.”

He also adds that Krasner’s objections to this ruling regarding Mumia are inconsistent with their handling of similar claims, noting his office “withdrew its appeals in seven (7) similar cases where this court found jurisdiction as in the instant matter.”

Regardless of Krasner’s rationale for dropping his appeal, Mumia will now have the opportunity to bring a litany of legal issues before a tribunal that is ostensibly free from the bias of a court that contains one of the DAs who formerly prosecuted him.

The struggle continues for those fighting on behalf of Mumia from outside the prison walls. Several of Mumia’s long-time advocates mixed messages of hope and celebration with the brutal realities of struggling against the U.S. criminal justice system at a press conference the day after Krasner’s decision.

“This is a historic win. It’s a historic day. DA Krasner’s reversal of his decision to appeal Judge Tucker’s unique historic decision in and of itself against judicial bias in the criminal injustice system is the first time we have had a direct legal pushback against the hold that the FOP has had on Mumia, since he was framed up for the murder of Daniel Faulkner,” Wolkenstein declared.

CUNY Baruch professor Dr. Johanna Fernandez stated, “If Mumia comes home, do you know what’s going to happen? The entire establishment of Philadelphia is going to be on trial.”

And as Pam Africa said on April 18, “Krasner was forced by international pressure to drop the appeals, but Krasner hasn’t stopped lying yet. The fact is Mumia is innocent, and we can accept nothing [less] than Mumia’s release based on police, prosecutorial misconduct, and judicial misconduct.”

Outside support for Mumia’s freedom will continue to be necessary as organizers work to overcome the decades-long Pennsylvania establishment and police union position against Mumia, which has always been that Mumia will never live outside of a jail cell again. 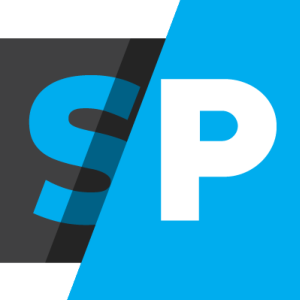