Chicago Mayor Rahm Emanuel’s office refuses to release the plan it developed for the city’s response to a verdict in the trial of Chicago police officer Jason Van Dyke.

On October 5, Van Dyke was convicted of second-degree murder for killing 17-year-old Laquan McDonald. He was also found guilty of 16 counts of aggravated battery, one for every shot he fired into the body of McDonald.

“Releasing this information could enable terrorists and criminals to know in advance where police, fire, and other valuable city resources will be,” the mayor’s office argued in its response to a public records request from Lucy Parsons Labs.

The Illinois Freedom of Information Act exempts “vulnerability assessments, security measures, and response policies or plans that are designed to identify, prevent, or respond to potential attacks.”

The mayor’s office contends that the “action plan can be applied to many types of public safety situations that may arise,” a possible effort to avoid comparing freedom of assembly to terrorism. Yet according to the city’s statement, the plan “was designed to respond to a potential attack upon the community’s population, and the release of this plan could allow persons with this information to effect a strategy in advance for undermining or otherwise targeting public safety efforts.”

Many in Chicago braced themselves for the verdict: some for the pain of seeing yet another black person killed by police without consequence, others for what they worried would be civil unrest.

But by invoking this exemption, the city reveals it was planning for protests if Van Dyke was acquitted in the same way it would prepare for a terrorist attack.

The city’s lack of transparency regarding its plans for the verdict announcement are surprisingly similar to recent rhetoric about protests from Republicans and the far-right. President Donald Trump has stoked fears of the “angry left-wing mob,” and both federal and state lawmakers have introduced bills to criminalize and suppress protest.

Previous reporting indicated the city of Chicago created a plan specifically for the Van Dyke verdict.

The Chicago Police Department also rejected a request for these documents, citing the same exemption.

Given the Chicago Police Department’s history of violence, a secret emergency plan of counterterrorism tactics raises questions about whether the city protects freedom of assembly. 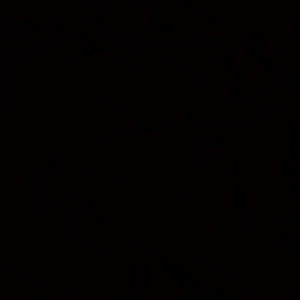