The key moment so far in the trial known for the 16 shots Van Dyke fired—his entire magazine—came near the end of testimony in support of the prosecution’s case.

A ballistics expert from the FBI testified that a quick movement on video by Van Dyke’s partner, Joseph Walsh, was “consistent with a flinch” commonly seen in people who are near a surprise shot being fired. The expert then used plumes of debris evident in the video to establish a timeline of shots that lasts “at least” 14.2 seconds.

The expert, Scott Patterson, then showed the jury a video of another agent, one of the FBI’s top marksmen, firing 16 rounds into a target.

He showed the marksman firing the shots as quickly as he could from a weapon of the same type Van Dyke used. It took 3.7 seconds. Then the marksman fired 16 rounds over exactly 14.2 seconds.

To this reporter, the difference in speed was like day and night, respectively. After the video was shown in the courtroom, one could hear a pin drop. The prosecutor asked Patterson how he would characterize the slower shooting speed of the second video.

“It’s a deliberate rate of fire,” Patterson said. “It’s methodical. He was taking time to aim each shot. Methodical is one of the best ways to describe that.”

It was impossible for journalists in the “overflow” room to see how Van Dyke reacted to this critical testimony. A large display screen purposefully blocks them from seeing Van Dyke as witnesses testify on the stand.

“It seems like a strong case but of course it’s being tried in front of a predominantly, almost exclusively white jury,” said G. Flint Taylor. A civil rights attorney, Taylor has been at the forefront of efforts to reform police for the last 40 years, much of it a result of his own litigation.  “There’s always a lot of deference from people who come from communities who by-and-large are not the targets of police violence.”

The defense may be able to use the standard set by People v. Lynch, a 1984 Illinois Supreme Court case. That case found when a claim to self-defense is raised a victim’s violent past can sometimes be taken into account, even if the defendant claiming self-defense didn’t know about that past.

According to the ruling, “There was evidence…that (the victim) was the aggressor, made a threatening remark, and went for the defendant at close quarters, reaching behind his back,” where a gun was later found.

If Judge Vincent Gaughan permits this argument over likely objections from prosecutors, the defense may cite the case and delve into Laquan’s background for the jury—or indeed, any part of what the boy did prior to Van Dyke seeing him.

The best counter is that other officers, who followed Laquan, testified they did not (and do not) believe he threatened any particular person.

Illinois requires juries to reach a unanimous verdict. The state has the full right to re-try a case if a jury does not return such a verdict.

As one juror went through the selection process, she disclosed that she was accepted into the police academy and will soon enter it to become a police officer. Prosecutors did not use one of their seven strikes to remove her from the jury.

Police in the courtroom stood up and left when Joseph McElligott, a Chicago police officer, was about to testify. This was a clear act of protest and may have been intended to send a message to the jury.

Nicole Gonzalez Van Cleve is an associate professor at the University of Delaware, teaching subjects in sociology and criminal justice.

After firsthand experience working in both the Cook County prosecutor’s and public defender’s offices, she wrote two books on the courts: “Crook County: Racism and Injustice in America’s Largest Criminal Court,” and “The Waiting Room.”

“[The] message that [officers] sent needs to be read with an underlying threat of violence,” said Van Cleve. “When I think about the fact that there’s a [future] police officer cadet on the jury, their future brothers and sisters in blue are talking to them in no uncertain terms.”

In Cook County, Van Cleve added, prosecutors are intimidated by police officers. “If they stand up to police or turn them down in any way, they may find themselves hurt or harmed.”

Prosecutors entered into evidence a video that was slowed down, sharpened, and overlaid with fleeting arrows to show points of visual evidence for a fired shot. Since the video has no audio, it brought out key aspects important to the case.

McElligott, who followed Laquan for blocks on foot, testified that he decided not to shoot because Laquan didn’t appear to be enough of a threat. “He didn’t make any direct movement at me.” Laquan mostly ignored police, he said.

Another officer who was at the scene testified to a similar decision-making process. These officers gave themselves time to recognize that Laquan’s bombastic style of walking was posturing strength, but it wasn’t a direct threat to anyone, they said. Van Dyke didn’t allow this time for evaluation, as he had only exited his car seconds before shooting.

Former officer Joseph Walsh, Van Dyke’s partner the night of the killing, testified that he believed Laquan was a threat that required lethal force, even as he lay on the ground. But the prosecution asked him whether Van Dyke stepped forward toward Laquan. “One step,” Walsh said.

The prosecution replied, “Did your training tell you to create distance between yourself and someone with a knife?” Walsh answered, “I would assume if you’re in fear of your life or your [safety] that you would.”

Walsh invoked the “21-foot rule,” a belief among officers, which suggests if someone with a knife is within 21 feet of someone with a holstered gun, the person with the gun won’t have enough time to unholster, cock the weapon, aim, and shoot before the knife-wielder closes that distance.

For what it’s worth, Police Magazine no longer stands behind this “rule.” But the prosecution brought up an obvious point: Van Dyke’s gun was already out of its holster and pointed at Laquan.

The defense tried several times in vain to move the trial out of the county.

“It feels very hypocritical to anyone who has worked there, for [the defense] to suggest that Van Dyke isn’t getting a fair trial,” said Van Cleve. “In these really heavy handed ways, the system typically stacks the cards against the defense. It’s such a rare thing to see a police officer in the defense seat.”

Van Cleve added, “We have to constantly remind ourselves that they’re [now] advocating for things that they often are protesting.”

Jose Torres and his son Xavier testified that they witnessed the killing from their car. They were unwavering in their descriptions. They clearly thought it was a heinous act by Van Dyke. “He didn’t need to shoot him,” Jose Torres said he shouted at the time. The men previously spoke out—though they didn’t get into this on the stand—about how they were intimidated by officers at the scene.

Jose Torres testified that he saw Laquan look over his shoulder, presumably toward officers, as he was shot. Since Laquan did not turn his shoulders in that moment, that means Jose Torres helped the prosecutors prove Laquan never turned to face officers.

Prosecution showed that no CPD officers rendered aid to Laquan. The first person to attempt to render aid was an officer from Cook County Sheriff’s Office.

Laquan had a beating heart until halfway through his ambulance ride, and five doctors worked on him at the hospital in an attempt to save his life. Prosecutors might have been trying to suggest if Laquan received aid from a CPD officer he would have had a small chance to survive. Or perhaps they intended to show the officers were callous and indifferent to his survival.

An expert in use of force standards, who formerly enjoyed a long tenure with the FBI and is now a law enforcement consultant, testified that the situation “did not rise to the necessity of using deadly force to stop it. He added, “[Laquan] was engaging in what I would call avoidance behavior, walking away and the like.”

The officer responsible then (and now) for inspecting recording units in police cars testified as to why none of the five working cameras on scene featured audio. The officer said he didn’t find evidence of intentional tampering with the units: audio on two-to-three units was broken in ways that would be hard to accomplish intentionally.

Audio on two-to-three other units malfunctioned in ways that would be easy to cause intentionally or on accident, like by inserting a battery backwards. He told the room during any given inspection in 2014 “it seemed like more than 50 percent” of audio devices were not working.

This does not contradict other facts about officers working that night to conceal what happened. The manager of a nearby Burger King gave a sworn deposition that as far as he can tell, police erased or took his surveillance video of the incident. An eyewitness filed suit against police claiming she and others were immediately arrested and intimidated—the key message being, “you didn’t see what you think you saw.”

This witness was not called by the prosecution to testify. It is unclear why. 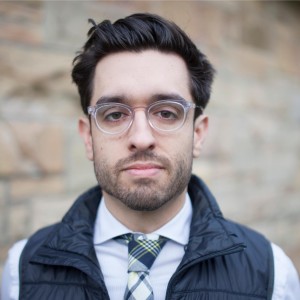