New Hampshire’s governor vows to veto a bill that would abolish capital punishment in the state, citing his allegiance to law enforcement and homicide victims’ survivors — both groups that have voiced support for the legislation and said they do not benefit from the death penalty.

The bill, SB 593, was introduced by Republican lawmakers and changes the punishment for capital murders from death to a life sentence without parole. It passed through the state’s Republican-controlled Senate by a vote of 14-10 in March and 223-116 in April. The legislation now awaits action from Republican Governor Chris Sununu, who has repeatedly said he refuses to back it.

‘‘I stand with crime victims, members of the law enforcement community and advocates for justice in opposing a repeal of the death penalty,’’ Sununu said in a statement to the media after the bill passed in the House. ‘‘A top priority of my administration has been to strengthen laws for crime victims and their families.”

But some murder victims’ families and members of law enforcement say that preserving the death penalty  in their name is ill-informed and doesn’t have any impact on their ability to heal.

Representative Renny Cushing, a six-term Democrat and founder of Murder Victims’ Families for Human Rights, has firsthand experience with the issue. His father was shot to death in front of his mother nearly three decades ago, and his brother-in-law was murdered by a military assault rifle seven years ago.

“I dislike it when politicians try to speak in the name of victims in supporting the death penalty,” Cushing told Shadowproof. “I resent that proponents of the death penalty often hold up an execution as a balm for victims’ pain, but they don’t realize or recognize that with the death penalty, people don’t get better. It’s not a healing process.”

Working twenty years as a victims’ advocate in the anti-death penalty movement, Cushing said there are hundreds of family members of victims who oppose capital punishment.

On average, death penalty cases take more than a decade to come to a conclusion as they move through appeals, a process that many victims’ loved ones say draws out their pain while doing nothing  to provide closure.

“Like many other victims’ survivors, I muddled along and came to the conclusion that filling another coffin with an executed prisoner doesn’t do the one thing that every survivor of a murder victim wants, and that is to have their loved ones come back,” he said.

The list of crimes in which capital punishment can be used in New Hampshire is relatively limited, applying to murders of police officers, judges, or prosecutors, or killings during kidnappings, robberies, or rape.

The state has no execution facilities, no protocol for an execution, and no plan for obtaining drugs for lethal injection.

It hasn’t executed anyone since 1939 and there is currently just one man on New Hampshire’s death row: Michael Addison, who was sentenced to death for fatally shooting police officer Michael Briggs  in 2006. He is not eligible to benefit from the legislation, which applies to persons convicted on or after January 1, 2019.

The state already spent $5.5 million on Addison’s case, which includes the cost of defense (he is an indigent defendant), prosecution, and appeals. And because there is no one in the state’s public defense office with experience with federal post-conviction motions, taxpayers must pay out-of-state lawyers to conduct appeals, which is expected to add several more million dollars to expenses.

The state must also build a $1.7 million death chamber if he loses those appeals, according to John-Michael Dumais, the campaign director for the New Hampshire Coalition to Abolish the Death Penalty.

This price tag is much steeper compared to non-capital homicide cases, which can cost up to $549,995 for trials and appeals or as little as $16,350 for cases in which there is a plea deal, according to the legislation.

There is no evidence that the death penalty is a deterrent for those who murder law enforcement officers.

One 2008 study sponsored by the Death Penalty Information Center looked at 13 years of police homicides between 1976 and 1989 and concluded capital punishment didn’t do anything to protect officers in the field. Instead, officers say the state should enact real reforms to help officers by redirecting the money used on capital cases to investments in programs assisting with issues such as suicide, post traumatic stress disorder, and divorce.

“If those in favor of the death penalty are genuinely concerned about the lives of officers and their families then offer real solutions and programs that are effective in ensuring their health and safety as well as preserving the quality of the relationships within those families,” Paul Lutz, a retired 30-year veteran of New Hampshire’s Derry Police Department, said in a press conference in May where he was joined by  police and corrections officials. “The death penalty succeeds in none of that.”

John Breckinridge, who was Michael Briggs’ partner, also opposes the death penalty, penning a 2014 op-ed in the Concord Monitor in which he chronicles his transformation from supporting capital punishment to his religious journey, in which he concluded that it is not fit for “even my worst enemy.”

Supporters of the bill delivered a petition with more than 56,000 signatures to Sununu’s office on May 15 asking him to back the legislation. If he does veto the bill, the legislature could override it. There may already be enough votes to override it in the House and proponents need to convince two more members of the Senate to pass it through, according to Barbara Keshen, a former prosecutor turned defense attorney and the chair of the New Hampshire Coalition to Abolish the Death Penalty.

The state’s lawmakers came close to passing a bill abolishing capital punishment in 2000. It made its way through the House and Senate before being vetoed by Democratic Governor Jeanne Shaheen.

New Hampshire is the only state in New England that allows capital punishment and one of 31 states in the nation where it is still legal.

Although the use of the death penalty in the state is relatively rare, Keshen said she and her coalition members hope their work will make a lasting impact nationwide.

“It’s important to move the needle towards a more compassionate country,” Keshen declared. “We don’t need the death penalty to protect people.”

Sununu’s office did not return requests for comment from Shadowproof. 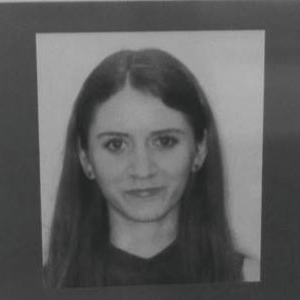