Update: One of the DA’s in this story, Steve Wolfson, drew a primary challenger just before the filing deadline on March 16. We regret the error. Original post below.

Three of America’s worst local head prosecutors are running unopposed in the next election as of March 2018, and all three are Democrats.

To put that into context, that is approximately the population of the entire state of Oregon. Imagine if the life, liberty, and property of everyone in Oregon was in the hands of three people, each with unique personality quirks but a shared taste for draconian punishments.

The reality is not much different. District attorneys have immense discretion over who to charge with a crime and what crimes they charge. These choices account for a majority of incarcerated people in the U.S.

District attorneys also set policy on what plea agreements their offices are willing to accept. Ninety-four percent of state felony convictions are the result of a plea bargain. They decide whether to seek capital punishment in their district. As a result, district attorney elections are extremely important because a new district attorney can single-handedly transform local criminal justice systems.

As the son of a former Minnesota Governor and U.S. Secretary of Agriculture, Hennepin County Attorney Michael O. Freeman started life with a silver spoon of societal privilege.

Freeman grew up in Minnesota in the 1950s and 1960s, when non-white people were about one percent of the population. In 2016, he told two black young men on a Minnesota Public Radio production that the Twin Cities was a “simpler society” in that period.

When one of the black men said cops will tranquilize animals but “shoot us,” Freeman said people should listen to police if they don’t want to end up like Jamar Clark, a black man killed by police officers.

Freeman later cleared those officers of wrongdoing and consistently refuses to prosecute police officers who shoot or kill people.

The issue with Freeman is not only his handling of shootings by police. He told Abby Honold, now a nationally-known victim advocate, to find more victims or his office wouldn’t prosecute her rape.

In Oklahoma City, District Attorney David Prater issued more felony charges in 2016 than the Manhattan and Brooklyn DA offices did in 2015, combined.

Prater blamed the increase in felony indictments on a lack of “moral compass” in six ZIP codes within Oklahoma City—ZIP codes that correlate strongly with communities of color.

When three troopers punched an elderly, deaf black man in the face and wrestled him to the ground, Prater cleared the cops, but charged the man — who was only trying to convey his deafness — with a misdemeanor “resisting arrest” charge. Prater later dropped the charge but only because of the high cost of a sign language interpreter.

Prater fought against Question 780 in 2016, a ballot initiative that made possession of certain drugs a misdemeanor, instead of a felony. Not only did a majority of Oklahomans vote in favor of Question 780, but Prater’s own voting base in Oklahoma County approved it too, by nearly 70 percent of the vote.

In Nevada, Clark County District Attorney Steve Wolfson has tolerated repeated racism in his deputies’ jury selection practices and hid witness payments from defense lawyers. Wolfson’s office also charged a man with attempted murder for attacking a mannequin. The man pled guilty, after prosecutors threatened to add unrelated murder charges based solely on a law enforcement hunch. Then the man was sentenced to eight to twenty years in prison.

Wolfson recently turned his office into a reality TV show that comes across as a sort of propagandistic, prosecutor-worshipping version of “COPS.”

Having obtained six death sentences from 2012 to 2015, DA Wolfson’s bloodlust eclipses virtually every other DA’s office in the country. He also refuses to concede to the sins of his predecessors, adamantly insisting that Fred Steese was guilty of murder, despite him being in a different state at the time of the crime.

These are three bad prosecutors, but they are not unique among Democrats.

Miami-Dade State Attorney Katherine Fernandez Rundle, a Democrat, turned her back on justice for Darren Rainey, not charging the prison guards who boiled him to death. Prosecutor Terry Curry, a Democrat in Marion County, Indiana, charged a legal immigrant from China with “murder” for attempting suicide while pregnant.

That so many elected Democratic prosecutors are awful is the best kept secret in criminal justice reform circles, though the widely-publicized failure of Manhattan District Attorney Cy Vance to prosecute some of Americans’ least favorite people (including Harvey Weinstein and Trump’s adult children) is a crack in that self-serving armor.

People are finally paying attention to the virtually unlimited power of elected prosecutors, who so often run unopposed, their records unscrutinized. A greater collective consciousness of district attorneys as drivers of mass incarceration and other atrocities cannot happen fast enough. 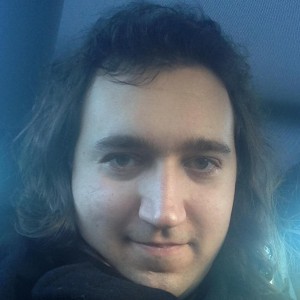