An entry ban on the residents of seven Muslim-majority countries and refugees was touted by President Donald Trump’s administration as a vital part of an effective counterterrorism policy.

On January 27, he signed an executive order that temporarily banned refugees and indefinitely suspended resettlement for all Syrian refugees. The order reportedly targeted citizens of Iran, Iraq, Libya, Somalia, Sudan, and Yemen for “extreme vetting” if they would like to come to the United States.

“I’m establishing new vetting measures to keep radical Islamic terrorists out of the United States of America. We don’t want ’em here,” Trump proclaimed, when signing the order. “We want to ensure that we are not admitting into our country the very threats our soldiers are fighting overseas. We only want to admit those into our country who will support our country and love deeply our people.”

Yet, experts warn that this policy will be seen by American Muslims as discriminatory and could actually undermine one of the U.S.’s major counterterrorism assets: Muslims themselves.

“This is a slippery slope to normalize discrimination as a political instrument,” Trita Parsi, the president of the Iranian American Council, told Shadowproof.

The executive order that includes the entry ban may impact more than just Muslim immigrants. It could subject American Muslim citizens and green card holders to increased surveillance. This could push a large portion of the U.S. Muslim community to feel even more demonized.

“The language in the executive order is very ambiguous. It’s written in a way that could even implicate foreign-born U.S. citizens,” Parsi said, referring to a draft of the order that leaked this week.

This order “sets the stage for larger scale, structural Islamophobia to be installed at the highest levels – that would even make the Bush years pale in comparison,” says Imraan Siddiqi, Executive Director of CAIR-Arizona, a Muslim civil liberties organization.

“There’s no doubt that the people who have the best intel on potential extremists in the U.S. are local citizens, and there’s no question that courting the Muslim community increases the chances of getting good information,” Abrahms stated.

Abrahms added Trump’s policies may “reduce the quality of intelligence the U.S. receives from the Muslim community.”

The Triangle Center on Terrorism and Homeland Security found, since 9/11, 28 percent of tips that led to a terror investigation came directly from the American Muslim community.

These statistics fly directly in the face of Trump’s claims that Muslims fail to alert authorities to impending terror attacks.

Additional data from the New America Foundation shows 26 percent of all U.S. terror suspects are implicated due to a tip from a family member or a member of their community.

Beyond the statistics, there are a number of recent examples of Muslims directly intervening to prevent a terror attack.

In May 2010, Aliou Niasse, a Muslim immigrant from Senegal, was working as a street vendor when he noticed smoke coming from a parked car in Times Square. He immediately notified authorities, who disabled a bomb.

The following year, Farooque Ahmed’s alleged plot to blow up DC metro stations was stopped due to a tip from a member of his mosque.

A similar instance occurred in France, where a Muslim woman tipped the police off to the hiding place of the mastermind of the 2015 Paris attacks, potentially preventing a second attack.

The woman said, “It’s important that the world knows that I am Muslim myself. It’s important to me that people know what Abaaoud [Abdelhamid Abaaoud, suspected mastermind of the Paris attack] and the others did is not what Islam is teaching.”

In other cases where a terror act was committed, members of the Muslim American community had previously reported the individual to the authorities.

Omar Mateen, the shooter in the Pulse nightclub massacre, was investigated by the FBI for 10 months after a member of his mosque told authorities he watched extremist videos.

The perpetrator of the Chelsea bombing in New York was investigated years earlier after his father alerted law enforcement.

The proven counterterrorism credentials of American Muslims contrasts sharply with the record of enormous government agencies, like the National Security Agency.

The NSA, with its budget believed to be more than $10 billion per year, has never been able to identify a single terror attack it prevented in the U.S. despite its massive surveillance programs.

According to the New America Foundation’s research, NSA’s phone records surveillance program “had no discernible impact on preventing acts of terrorism.”

The NSA whistleblower Edward Snowden echoed this sentiment in 2015, when he said NSA spying “is not going to stop the next attacks. Because they’re not public safety programs. They’re spying programs.”

According to FBI data from 2009-2011, 96 percent of its almost 43,000 terror investigations of groups or individuals were determined to warrant no further inquiry, meaning they were innocent. Of the 4 percent of assessments that warranted further investigation, only a tiny portion led to criminal charges.

The FBI appears to spend a great deal of time investigating innocent people, and even in cases where an individual is charged with a terrorism-related offense, there are serious concerns.

A report from Human Rights Watch stated, “Multiple studies have found that nearly 50 percent of the federal counterterrorism convictions since September 11, 2001, resulted from informant-based cases. Almost 30 percent were sting operations in which the informant played an active role in the underlying plot.”

The report further indicated the FBI may have, in some cases, “created terrorists” out of law-abiding citizens through the aggressive use of sting operations that “invented the target’s willingness to act.”

“The FBI often targeted particularly vulnerable people, including those with intellectual and mental disabilities and the indigent. The government, often acting through informants, then actively developed the plot, persuading and sometimes pressuring the targets to participate, and provided the resources to carry it out.”

Given the shortcomings in the U.S. government’s ability to identify terrorists, the American Muslim community plays a vital role keeping Americans safe.

Professor Charles Kurzman at the University of North Carolina told Shadowproof, “Muslim allies are a crucial part of the effort to combat violent extremism. It is reckless to turn allies into enemies through disproportionate overreactions.”

The threat of terrorism, though real, is greatly inflated, according to Kurzman. He pointed to data that show an average of 8 people per year have been killed by terrorists since 9/11. Compare this to the 240,000 people murdered over the same time period.

One of the strangest facets of the entry ban is that it targets people from countries with little history of terror in the United States.

Parsi pointed out, “This is not about security. This measure is being taken for other reasons, which aren’t immediately clear. There haven’t been any terror attacks in the U.S. committed by an individual from the countries included in the ban.”

Also included in the executive order is a ban on Syrian refugees, but according to the State Department, refugees pose little risk of terrorism.

“There have been 785,000 refugees admitted through the U.S. since 9/11 and ‘only about a dozen — a tiny fraction of one percent of admitted refugees — have been arrested or removed from the U.S. due to terrorism concerns that existed prior to their resettlement in the U.S. None of them were Syrian.”’

“The threat to the U.S. homeland from refugees has been relatively low. Almost none of the major terrorist plots since 9/11 have involved refugees.  Even in those cases where refugees were arrested on terrorism-related charges, years and even decades often transpired between their entry into the United States and their involvement in terrorism. In most instances, a would-be terrorist’s refugee status had little or nothing to do with their radicalization and shift to terrorism.”’

Arie Kruglanski, a professor that studies terrorism at the University of Maryland, told Shadowproof Trump’s policies will backfire in a massive way.

“Terrorists’ essential strategy has always been based on provoking governments to overreact, thus inciting outrage of thousands and swelling the ranks of volunteers to violent extremism. Donald Trump seems to be falling right into this trap in disregard of the wisdom that we cannot kill, deport, ban, or torture our way out of this mess.” 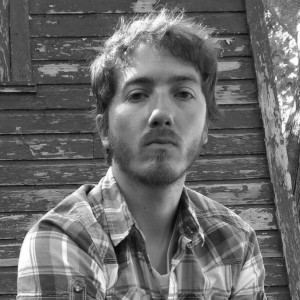