Oaths are more than just words. Oaths are sacred promises that provide the foundation for all public service. We the people, trust that no matter the temptations of power, a public servant will submit to the demands of their oath of office to guide their official actions.

Governor Chris Christie took an oath to serve the people of New Jersey. He swore on his word of honor to bear true faith and allegiance to the New Jersey Constitution, to use his power and authority to work in the best interests of the people.

But instead of keeping his oath, Governor Christie broke his word and abused his power and authority to advance his own interests at the expense of the public’s.

That accusation comes directly from the testimony of three different Christie appointees under oath in a federal courtroom, all of whom implicated Christie directly in the traffic lane scandal on the George Washington Bridge. A scandal known throughout the country and the world as Bridgegate.

Let’s look at the facts.

It was Wildstein, colluding with Christie’s Deputy Chief of Staff Bridget Kelly and Christie-appointed Port Authority Deputy Executive Director Bill Baroni, that masterminded the fake traffic study designed to cause debilitating traffic problems in the city of Fort Lee, New Jersey by shutting down lanes to get onto the George Washington Bridge.

Both Bridget Kelly and Bill Baroni confirmed Wildstein’s assertion that Christie was aware of the scheme in their testimony and photographs show Wildstein and Baroni meeting with Christie during the time of the fake traffic study. Kelly was nearly always by Christie’s side and in constant contact.

To recap, three of Governor Christie’s appointees-his own people-have testified under oath that he participated in a criminal conspiracy to shut down a major transportation artery to exact political revenge.

Michael DuHaime, Christie’s then-chief political strategist, and Deborah Gramiccioni, Christie’s then-Director of the Authorities Unit, also testified under oath that Governor Christie was made aware that his top staff were involved in a fake traffic study well before Christie publicly denied that claim during a press conference where he famously mocked reporters for even questioning him on the subject. A brazen lie.

If that is not a betrayal of the oath of office, what is?

In a press conference held after the convictions of Kelly and Baroni for their involvement in the conspiracy, US Attorney Paul Fishman told reporters that he was not exonerating Governor Christie nor indicting him or any other co-conspirators at that time. Fishman repeatedly noted to the press the difficulty in bringing criminal cases because they had to meet the extremely high standard of proof beyond a reasonable doubt.

That standard was met at the trial. Kelly and Baroni were convicted by a jury of their peers, with Wildstein already admitting guilt as part of his deal with prosecutors.

But what about the greater standard for a public servant. What about Governor Christie’s oath of office?

There is a remedy to deal with public officials who break their oaths of office outside of criminal law, impeachment.

The impeachment process under the New Jersey Constitution is similar to the one detailed in the U.S. Constitution with a vote in the lower chamber and a trial in the senate. Under Article 7, Section III, of the N.J. Constitution, “The General Assembly shall have the sole power of impeachment by vote of a majority of all the members. All impeachments shall be tried by the Senate, and members, when sitting for that purpose, shall be on oath or affirmation ‘truly and impartially to try and determine the charge in question according to the evidence.’”

In the event Speaker Prieto brought an impeachment vote and the measure passed, the Senate would conduct a trial and could only convict if two thirds of senators agreed. Given the current makeup of the Senate is 24 Democrats and 16 Republicans, and a two-third vote is 27, at least three Republican senators would have to be convinced Governor Christie was worthy of impeachment. That grants Christie plenty of assurance of due process.

It is also worth remembering that this scandal was first exposed by the New Jersey legislature through an investigation initially by the Assembly Transportation Committee before being conducted under the authority of the Select Committee on Investigation that Senator Weinberg served on.

Despite being the first to reveal the traffic study as a fraud, the legislature’s investigation was thwarted when numerous witnesses, including Wildstein, refused to testify because they were concerned about putting themselves in legal jeopardy (a reasonable concern as it turned out).

Now, the criminal proceedings are finished with the culprits revealed, which means it is time for the legislature to finish what they started and impeach the governor who broke his oath and abused his authority.

Failure to hold Governor Christie accountable for Bridgegate while his subordinates face prison would not only be unjust, but tell future governors and the world that accountability does not go all the way to the top in New Jersey, and that a state constantly in national headlines for the wrong reason does not take political corruption with the seriousness it deserves.

Governor Christie took an oath to serve the people of New Jersey, that he broke it is his disgrace. But if we allow him to get away with breaking it, the disgrace will also be ours.

This article has been republished with permission from Blue Jersey. Read the original article here.
Tags:BridgegateChris ChristieImpeachment 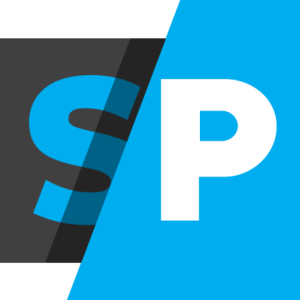