The United States’ system of watch lists did not prevent Omar Mateen from killing 49 people and injuring dozens more at a nightclub in Orlando. Yet that has not stopped politicians from calling for more watch-listing, better watch-listing, and new types of watch-listing. It is why, as the debates around what to do in response to the Orlando shooting ramp up, we can be certain of at least one ending: the terrorist watch list will grow.

The government’s response to terrorism is typically to put more people on the watch list. However, that is not the only reason why the list is guaranteed to balloon after the shooting: it is also about to be plugged into border control systems of other countries, thereby developing an ability to restrain the movements across borders and by plane, of people listed anywhere in the world.

Earlier this month, U.S. Ambassador to India Richard Verma signed a memorandum of understanding with India, “significantly expanding sharing of terrorist screening information.” While the text of the signed agreement is not publicly available, reports in Indian media indicate that list information will be shared with India in “real time.”

This means that, when a federal official in Vienna, Virginia puts someone on the terrorist watch list, some people in India—like authorities who decide whether to grant visas—will know right away.

It is easy to imagine an Indian customs official deferring to the judgment of the U.S. government, which declares every person on the list to be a “known or suspected terrorist,” and simply deny visas to all people listed.

While the U.S. has pursued the goal of internationalizing the list for years, the agreement with India—the second largest country in the world with well over a billion citizens and millions of visitors each year—will greatly expand the size of the world’s population screened against the watch list through a single agreement.

With this arrangement in place, federal officials in Virginia can effectively influence whose visa to India gets approved. This agreement, which a representative of the FBI declined to provide upon request, is one of many such agreements that the United States has already reached with other countries.

Shadowproof has filed a Freedom of Information Act request to obtain a copy of the memorandum of understanding between India and the United States, as well as other information sharing agreements that have been reached with other countries. We’ll update our reporting when the government responds.

Meanwhile, as Hillary Clinton leads the way in calling for an expanded terrorist watch list, such concerns over the program’s effectiveness are unlikely to be central to the debate. Even so, since FBI Director James Comey confirmed that federal officials put Mateen on the list and then later removed him, the facts of the Orlando shooting make it hard to suspend disbelief and presume the list is effective.

This is not a case of some unknown person appearing on U.S. soil before inflicting a massacre. As several outlets have emphasized, Omar Mateen was on the list during 2013 and 2014, but had since been removed. As Clinton herself acknowledged to NPR after the shooting, Mateen “was interviewed by the FBI three times.”

The FBI knew about him. Yet, the FBI’s own watch-listing system—which would have done nothing to stop the attack anyways, even if he had remained on the list—dropped Omar Mateen from their rolls prior to Mateen murdering at least 49 people.

Unfortunately, for the many proponents of federal watch-listing, Mateen’s absence from the list is par for the course. Faizal Shahzad was not on the list when he attempted to detonate a bomb in Times Square. The Boston Bombers were not on the terrorist watch list at the time of their attack, even though Russia warned the federal government of one of them.

Remarkably, even after Cliven Bundy last year sought, and succeeded, to inspire an armed insurrection against the government, he was still not listed. The number of actual terrorists who have been absent from the list when they attacked makes the list’s shortcomings impossible to deny.

On September 16, 2003, when President George W. Bush’s issued Executive Order HSPD-6, the United States gave birth to the idea of a single federal list, filled with innocent people based on Minority Report-style predictions of who, in the future, will engage in criminal activity.

The federal government had long maintained lists for a variety of purposes, including as a means of prohibiting listed persons from obtaining visas to enter the U.S. or engaging in certain types of financial transactions. However, in response to the 9/11 attacks, Bush issued HSPD-6 to direct all federal agencies to “consolidate the Government’s approach to terrorism screening.” This led to the creation of the Terrorism Screening Center, and from this agency, the list.

Back in 2012, the man then-in-charge of the federal government’s terrorist watch list, Timothy Healy, acknowledged the U.S. is “the only country in the world that has a terrorist watch list.” But the effectiveness of the list has always been an afterthought.

The goal is to give the United States a mechanism that will allow federal officials to track, restrain, and even prevent the movement of anyone they list. With the list blossoming into a high-profile counter terrorism tool whose efficacy is beyond reproach, and foreign governments likely to capitulate to our insistence that they use the terrorist watch list, the United States’ watch list will soon affect people all across the globe. 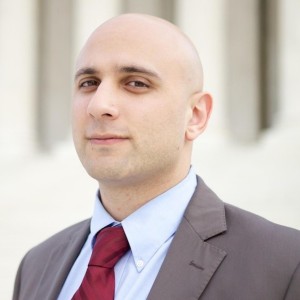