UNITED NATIONS — Israeli restrictions on Palestinian water use, as well as damage to water supplies and infrastructure by both Israeli forces and Jewish settlers, continue to deplete the already limited water supplies available to millions of Palestinians in the occupied West Bank and Gaza Strip.

“Water is used by the Israelis to achieve non-water interests, as a tool of punishment,” Dr. Abed Elrahman Tamimi, director of the Palestinian Hydrology Group in Ramallah, told MintPress News.

Meanwhile tens of thousands of Palestinians within Israel continue to lack access to running water, despite their citizenship in the state and the equality they should receive under its laws.

Israel has limited the water available to Palestinians in the Gaza Strip and West Bank since its forces occupied the enclaves, placing them under military rule, in 1967.

The Oslo II Accord, signed by Israel and Palestine Liberation Organization on Sept. 28, 1995, formalized this disparity, imposing what Israeli newspaper Haaretz writer Amira Hass called “a scandalously uneven, humiliating and infuriating division of the water resources of the West Bank.”

The agreement afforded Palestinians 118 million cubic meters of water per year from the Mountain Aquifer that stretches into Israel from the West Bank, while obligating Israel to sell Palestinians a further 27.9 mcm annually at full price.

It also entitled Israel to claim 483 mcm per year – over four times as much – but allocated none to the Gaza Strip, which was left to rely on the small Coastal Aquifer.

According to its own terms, Oslo II should have terminated in Palestinian independence after five years, with a joint committee increasing Palestine’s water allocation through consensus in the meantime. Neither scenario has come to pass.

In coming years, Israel would make clear that it had no intention of ever ending its control of Palestinian water. A June 7, 1997 order reiterated its longstanding policy: “All the water in the land that was occupied again is the property of the State of Israel.”

Successive governments pushed new waves of settlement construction, universally considered war crimes under the fourth Geneva Convention, on Palestinian lands in the West Bank. By 2000, the number of settlers had swelled 26 percent.

Like earlier settlements, the sites of many new units were calculated to maximize Israeli control of Palestinian water. In 2001, then-Israeli Prime Minister Ariel Sharon told Haaretz: “Is it possible today to concede control of the aquifer, which supplies a third of our water? Is it possible to cede the buffer zone in the Jordan Rift Valley? You know, it’s not by accident that the settlements are located where they are.”

Israeli measures to cement its occupation, along with provocative raids of the Al-Aqsa Mosque in Jerusalem, ultimately produced the Second Intifada, a Palestinian uprising that erupted on Sept. 28, 2000, five years to the day after Oslo II.

Palestinians currently use no more than 11 percent of the Mountain Aquifer, with Israel enjoying the rest, according to the Emergency Water, Sanitation and Hygiene group (EWASH), a coalition of 28 Palestinian and international agencies dealing with water issues in the West Bank and Gaza Strip.

Meanwhile, West Bank Palestinians purchase 50 mcm of water each year from Mekorot, Israel’s national water company, paying $50 million for the return of their own resources at prices up to three times those charged to Israeli consumers.

Oslo II obligated Israel to increase its water sales to Palestinians in the Gaza Strip from 5 to 10 mcm annually during the supposed five-year “interim period.” But only this year, following widespread condemnation of its military operation against the besieged enclave last summer, did it finally do so, meeting 5 percent of the water needs of a population that has more than doubled.

On September 1, a United Nations Conference on Trade and Development report repeated a warning, first made by the UN’s Country Team for the occupied Palestinian territory in 2012, that the Gaza Strip could become unlivable by 2020.

UNCTAD cited the destruction of Gaza infrastructure during repeated Israeli offensives, including damage to 20-30% of the enclave’s water and sewer network, a water desalination plant, and 220 agricultural wells during last summer’s 51-day operation alone, as well as Israeli restrictions on economic development and reconstruction.

It also warned that “a severe water crisis” had forced the use of water from the Coastal Aquifer — 95% of it unfit for drinking — at levels “well above the recharge rate by over 100 million cubic meters, almost twice the sustainable rate.”

“The over-abstraction and scarcity of drinking water have been exacerbated by crumbling sanitation infrastructure, while the blockade creates chronic shortages of electricity and fuel, which in turn aggravate contamination and the water crisis,” the report said.

“The damage of contamination and over-abstraction is such that the aquifer may be unusable by 2016 and, if unaddressed, the damage may be irreversible by 2020.”

The total damage inflicted to the water sector by Israeli strikes last summer reached over $34 million, according to a report by the Palestinian Water Authority, although UNCTAD’s report says that “long-term repair of the accumulated damage and decay of the water and sanitation infrastructure will require $620 million.”

Last month, EWASH reported that 120,000 Palestinians across the Strip remained disconnected from its water network, while 23 percent of its 1.8 million residents lacked access to its sewage service.

Palestinians have never extracted their full 118 mcm of water from the Mountain Aquifer, as Israeli restrictions on wells and other infrastructure across most of the West Bank prevent them from doing so.

These military orders stretch into the Gaza Strip, where the threat of airstrikes forces residents hoping to dig wells to first seek permits from the Israeli army.

While sometimes given there, such permission is usually denied in Area C, the 60 percent of the West Bank under direct Israeli military administration, often on the claimed basis of Israeli security.

Israel targets unauthorized construction ruthlessly. Since the beginning of this year, its forces have destroyed 36 Palestinian water, hygiene and sanitation structures in Area C, usually citing their lack of permits, according to United Nations Office for the Coordination of Humanitarian Affairs data reviewed by EWASH.

Rare permits come at high prices. A 2013 study found that Israel usually conditions its approval of Palestinian water projects on the Palestinian Authority’s acquiescence to the construction of new settlement infrastructure, forcing the occupied population to “consent to their own colonization.”

As Palestinians, particularly in agricultural communities, scramble to meet their needs for water, Israel’s demolition of the necessary infrastructure, from pipes in Kafr Qaddum and Khirbet Yarza to wells in Hebron, continues. The pollution resulting from the destruction of wastewater treatment facilities has further damaged Gaza’s already depleted aquifer, rendering over 90 percent of local water unfit for drinking.

In the West Bank, 73.5 percent of Palestinians have expressed satisfaction with the quality of their water.

Confronted by a lack of water in some areas of the West Bank, and nearly all of the Gaza Strip, Palestinians face the “economic burden of purchasing water from tankers,” the Palestinian Hydrology Group’s Dr. Tamimi said.

In a March 2013 report, the Ramallah-based human rights group Al-Haq called Israel’s “demarcation of the population along racial lines,” their “segregation into different geographical areas” and the “use of ‘security’ to justify an institutionalized regime of domination and systematic oppression,” “the three pillars of Israel’s ‘water-apartheid.’”

“[A] second and disadvantaged Palestinian society living in the same territory is denied most of its basic rights,” Al-Haq stated. “Palestinians are forcibly confined to a land-locked archipelago of territory with minimal water resources available.”

This gross asymmetry extends inside Israel, where a June 2014 report by the Negev Coexistence Forum for Civil Equality found that 73,000 Palestinian Bedouin, living in villages unrecognized by the state, lacked sufficient running water.

Despite paying 30 percent more than other consumers for the meager supplies of water they received, the Israeli Ministry of Health did not monitor its quality.

Palestinian water supplies face further threats from pollution by Israeli waste, both dumped from nearby illegal settlements and shipped from inside Israel.

A June 2013 Israeli state report found that a third of sewage treatment facilities in settlements were either insufficient or inoperative.

The previous year, it reported, 2.2 mcm of waste had flowed from settlements directly into nearby waterways and cesspits.

As many settlements stand on hills, much of this untreated sewage then becomes the problem of neighboring Palestinian communities whose farmlands and groundwater it pollutes.

“The settlement wastewater goes to the aquifers and pollutes the groundwater,” Dr. Tamimi said.

The city of Salfit and nearby town of Kafr al-Deek have been repeatedly drenched with sewage from the settlements of Ariel and Yakir, most recently on Wednesday, affecting their agriculture and tourism, as well as local water supplies.

“Josephine,” a volunteer for the Ramallah-based International Solidarity Movement, noted that settlement pollution does not stop with sewage. “Many factories let out polluted water and waste into the water sources that Palestinians use,” she told MintPress.

In February, after Palestinian customs police discovered a truck transporting asbestos from Israel to a landfill in Tulkarem, the Palestinian Environment Quality Authority warned against attempts to smuggle Israeli waste into the West Bank.

‘A form of racism’

On July 2, the Association for Civil Rights in Israel announced that Israel’s High Court had ruled in favor of its clients, Palestinian residents of East Jerusalem who had faced years of water shortages and cutoffs.

Their neighborhoods, lying within the Jerusalem boundaries claimed by Israel but beyond its West Bank barrier, had been “perennially neglected by both municipal and national water authorities,” ACRI said.

The court’s ruling ordered the National Security Council to “investigate and work to mitigate the water crisis in East Jerusalem.”

By the following month, a new water crisis had gripped Palestinian communities throughout the West Bank as governorates in Hebron, Bethlehem, Nablus, Jenin and the Jordan Valley resorted to water schedules announcing planned cutoffs.

These windows of austerity, many Palestinians say, are nothing new. They often occur when demand for water is at its height, like during the hot summer months. Still, they never result in cutoffs inside illegal settlements or in Israel itself.

This disparate treatment, some think, aptly demonstrates the nature of the occupation itself. As Palestinian National Initiative leader Mustafa Barghouti put it: “Restricting water and electricity is a form of racism.”

Israel’s government no longer bothers to deny the intended permanence of its occupation. Last week, as Deputy Foreign Minister Tzipi Hotovely readied a diplomatic offensive against a pending European Union policy to label settlement products, she told the Times of Israel that withdrawals from “Judea and Samaria aren’t even on the list of options we’re offering the Palestinians.”

“It’s not a bargaining chip. It does not depend on the Palestinians’ goodwill. It’s the land of our forefathers. We don’t intend to evacuate it,” she continued, adding: “What I can promise is that Israel’s position will be very forceful and tough on this matter.” 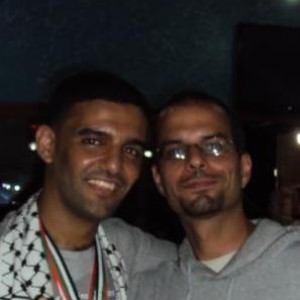 Joe Catron is a MintPress journalist covering Palestine and Israel. He is also a solidarity activist and freelance reporter, recently returned to New York from Gaza, Palestine, where he lived for three and a half years. He has written frequently for Electronic Intifada and Middle East Eye, and co-edited The Prisoners' Diaries: Palestinian Voices from the Israeli Gulag, an anthology of accounts by detainees freed in the 2011 prisoner exchange.