This summer, Boston witnessed the trial and sentencing of Dzhokhar Tsarnaev for the Boston Marathon bombing and the death of Usaamah Rahim, a man Boston authorities say was monitored for his suspected involvement in a plot to kill police.

Boston is also one of three cities, selected in February, for the launch of a pilot program with the Department of Homeland Security, the Justice Department, and the National Counterterrorism Center to “counter violent extremism.”

According to the DHS website, the three key goals of the pilot programs are to better understand “violent extremism,” support local communities, and support local law enforcement. But a major concern is that these programs encourage an “improper characterization of American Muslims as a suspect community” and that federal efforts to engage their communities are unfairly and inaccurately linking American Muslims to foreign groups like the Islamic State.

The new pilot program launched in 2014, and it is the latest in a number of domestic counterterror initiatives in recent years. In particular, it builds on the 2011 White House strategy for “Empowering Local Partners to Prevent Violent Extremism in the United States,” the first national strategy for countering domestic “violent extremism.”

While the White House plan claimed the strategy would “be applied to prevent all forms of violent extremism,” it indicated agencies would prioritize preventing “violent extremism” and terrorism “inspired by al-Qa’ida and its affiliates [which have been identified as] the preeminent security threats to our country.”

The plan emphasizes the importance of community engagement in preventing violent extremism and points to related government initiatives aimed at building ties between law enforcement and community members. This includes the Nationwide Suspicious Activity Reporting Initiative and DHS’ “See Something, Say Something” campaign.

Encouraging communities (specifically Muslim communities) to report suspicious behavior seems to be a key part of these programs. To facilitate reporting, DHS provides a “Functional Standard of Suspicious Behaviors” that both law enforcement officials and concerned citizens can reference.

Some of the listed behaviors are fairly objective, such as breaching an area with limited access to the public. Others leave much more room for interpretation. For instance, “eliciting information” is defined as questioning individuals at a potential terrorism target “at a level beyond mere curiosity,” and photography at potential targets (which can also often be tourist attractions).

While the press releases, fact sheets, and other government publications have sections discussing civil liberties, representatives of a number of Muslim organizations, and civil liberties groups remain concerned that American Muslims are disproportionately targeted for surveillance. Advocates and local community leaders contend the DHS drive for community members to report on each others’ activities is viewed as ripe for potential abuse.

Shannon Erwin is co-founder of the Muslim Justice League (MJL), a Boston organization which provides legal representation to Muslims who have been approached by the FBI. Erwin is concerned that the program plays upon pre-existing prejudices.

“This is already intensifying the false ‘good Muslim, bad Muslim’ dichotomy and creating divisions within our community,” she said.

File: A minaret of the Islamic Society of Boston is seen silhouetted against a cloudy sky on December 22, 2010. (Flickr / Sid)

Erwin said she first learned of Boston’s CVE program when Lisa Monaco, President Obama’s Homeland Security Advisor, announced it at a speech at the Harvard Kennedy School in April of 2014, but MJL’s attempts to learn more over that summer met with dead ends. In the fall, she learned that under the program, the Department of Justice had formed two working groups focused on countering “violent extremism.” One was composed of civilians who DOJ considered to be leaders of Boston’s Muslim community and was focused on civic engagement. The other was primarily law enforcement officers and terrorism researchers and was focused on threat assessment.

She has attended a number of meetings with DOJ called Bridges that are meant to connect DOJ, DHS, and the Muslim community. Even before the official launch of the Boston CVE program, Erwin found these meetings to be frustrating and said that the discussions there do not translate into policy changes.

When a representative from DHS attended a meeting, Erwin recalled, the representative essentially seemed to urge members of the Muslim community to police each other. “The pitch was made that, you know, ‘we as a government know we can’t police ideas and speech … that’s where you guys come in.’”

Referring again to the “good Muslim, bad Muslim” dichotomy, she said that the CVE program frames those who have grievances and talk about civil rights in the “bad Muslim” camp. “It is asking the ‘good Muslims’ to police the ‘bad Muslims.’”

“Clearly, this targets a single community, and creates the appearance that the Muslim community poses a disproportionate threat,” said Corey Saylor, the director of the Department to Monitor and Combat Islamophobia for the Council on American Islamic Relations (CAIR). “You have not seen similar engagement of other groups that might be a natural fit for a program to combat violent extremism, such as white supremacists.”

Saylor also pointed out constitutional concerns about the program. “The US government is putting itself in a position where it can be seen as approving of one version of Islam over another.”

Erwin expressed concern that the CVE program relies upon a theory of radicalization that has been disproven.

“[These programs] are deflecting attention from the real causes of violent extremism. They shift public attention away from our foreign policy, imperialism, and climate injustice,” she said.

Erwin cited the FBI’s use of radicalization models, which focus on ideology over other factors, despite multiple studies showing those models are inaccurate or incomplete.

“It has a chilling effect on speech and dissent. Mosques already feel unsafe, and programs like these undermine our sense of community,” Erwin argued.

While there have been a number of other domestic counterterror initiatives since the September 11th attacks, Erwin maintained this initiative is different because it focuses on having individuals and communities report on each other’s activities.

While Saylor commended some of DHS’s outreach efforts, such as Homeland Security Secretary Jeh Johnson’s recent attendance at a national retreat for the Muslim Student Association, he also expressed concerns about times when DHS and FBI efforts to engage and monitor the Muslim community has backfired or crossed the line into entrapment. He cited a case in California, where an FBI informant infiltrating a mosque seeking out extremists wound up being reported to the FBI himself by concerned members of the community, and the case of the Newburgh Four.

In Minneapolis, another pilot program location, there have also been reports of harassment. “Community engagement” has allegedly translated into FBI agents showing up unannounced on the doorsteps of Muslims and asking intrusive questions about the residents’ beliefs, family history, and relationships with foreign family members.

“When people hear the concept of countering violent extremism, they’re very supportive,” Saylor said. “But when they start to hear the nuts and bolts of government involvement in these efforts, that’s when we start to see red flags.”

In many cases, Saylor said less government involvement would be more effective at countering “violent extremism.”

“It eludes me how people can find a group like ISIS appealing, but for those people, the government is not going to be a credible source [for countering extremist rhetoric],” he said. Instead, he thought the government would do best to support initiatives within Muslim communities to counter extremism by helping them connect with independent funding, and then staying out of the way.

Neither the Department of Homeland Security nor the Justice Department responded to our requests for comment by the time of publication. 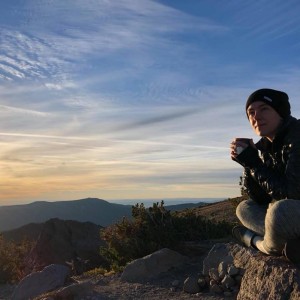 Laura Muth is a graduate student at Boston University’s Pardee School of Global Studies, studying international relations. She focuses on security studies with an emphasis on how environmental, development, human rights, and feminist issues can inform our understanding of security. Her other interests include martial arts, particularly Muay Thai, vegetarian cooking, and puppies.