After more than thirteen years of torture, abuse, and unjust detention at the Guantanamo Bay military prison, Shaker Aamer has finally been released. Despite US Pressure, European Parliament Clears Path for Snowden Asylum

In the face of pressure from the US, the EU Parliament passed a resolution which could allow an EU country to grant asylum to NSA whistleblower Ed Snowden. Communications Management Units (CMUs) place harsh restrictions on prisoners’ ability to communicate with the outside world and on visits with loved ones. A federal judge refused to reconsider an order to release videos of a former Guantanamo Bay prisoner being force-fed and forcibly removed from his cell. For the second time this month, U.S.-backed forces bombed a Doctors Without Borders hospital after they’d reported their GPS coordinates to the military. Protest Song of the Week: ‘Merciful God’ by Tom Robinson

British singer-songwriter Tom Robinson released his new album, “Only the Now,” this month, and the album is a collection of collaborations with numerous artists and includes a few protest songs. Robinson is well-known for the anthem he wrote for the London gay pride parade in 1976 called “Glad to Be Hacking The CIA Director’s AOL Account Was A Political Act

The teenager who hacked CIA Director John Brennan’s AOL account said he did it to “Free Palestine.” Why is the media ignoring his motivations? 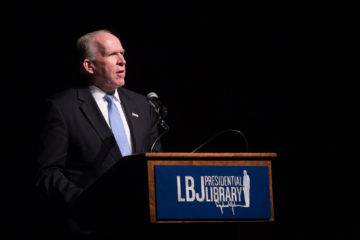 U.S. Letter Exonerating Former Guantanamo Prisoner in Morocco May Not Save Him

The U.S. admitted Younous Chekkouri, a man held in Guantanamo for 14 years, has no ties to al-Qaida. But that may not stop Morocco from charging him anyway.