Eoin Higgins
0 7
‘They Treat Us Horribly’: Striking Frito-Lay Worker Speaks Out About Conditions In Topeka Facility Eoin Higgins 2021-07-20
This post originally appeared at Eoin’s newsletter The Flashpoint. Shadowproof readers can get 20% off by clicking here.

Samuel Huntsman, 23, is one of those workers. He has been with the company for three years and in that time has seen conditions at the plant go from bad to worse.

“They always tell us about the PepsiCo values and ways and it says they respect everyone and the workers should respect everyone,” Huntsman told me. “But they don’t show it to us. They treat us horribly.”

“This is not a good job”

Mark McCarter, a Frito-Lay worker at the factory, told Vice News about conditions at the plant in an interview that went viral over the weekend.

“This is not a good job,” McCarter told Vice. “At 7am, our warehouse is 100 degrees. We don’t have air conditioning. We have cooks in the kitchen on the fryers that are 130 or 140 degrees making chips and sweating like pigs. Meanwhile, the managers have A/C.”

Many of the 850 workers at the facility say they work 84 hours a week with no days off. Workers are nominally supposed to work eight-hour shifts, but because of shortages, workers are often forced to add on an extra four hours before or after their shifts. Workers call these extended shifts “suicides,” because they say the schedule kills you over time. Some workers haven’t had a single day off in five months, including Saturdays and Sundays.

Huntsman told me that those grueling, relentless hours were built into the worker contract through language that carved out a “company needs” exception to their 40 hour weeks. That means seven 12-hour days, or an 84 hour week. And the physical conditions for workers are terrible.

“They used to have fans in all workstations last year and this year they have not given us fans,” Huntsman said.

“They try to suspend you if something breaks and costs lots of downtime and lots of money,” Huntsman added. “They will say it’s your fault that the machine broke.”

“The treatment and overtime has always been this way”

The company’s treatment of workers has, as you might expect, led to consistently high turnover. The unreasonable demands of the schedule and the harsh conditions ensure the plant is chronically understaffed.

“The treatment and overtime has always been this way,” Huntsman said. “People say they leave because of the pay and overtime. Workers have told Frito that it’s because they don’t pay enough or give pay raises. That’s why Frito can’t keep anyone.”

The company has turned to Capstone Logistics, a temp agency, for workers to drive forklifts. That’s led to safety concerns, Huntsman said, because the temp staffers don’t know how to use the Frito-Lay factory machines and drive too fast without using their horns.

“One lady from the temp company, she fell out of a forklift and it ran over her leg,” Huntsman said.

“We have a union”

It’s the first strike at the facility in 50 years, coming after the current union contract expired on July 3. The contracts are renewed every three years, Huntsman said, but this time negotiations fell apart in large part because workers were sick of nothing changing.

Given the conditions, you might wonder why people at the factory stay at the job. It’s a complicated situation, Huntsman told me, and different for everyone—but a finishing out a pension and working with a union are two concerns.

“A lot of people have been there for years, a lot of the old-timers, they have pensions and they’re close to retirement, so they want to make it,” he said.”And people who are there for a couple years like me just want to make it since we have a union and have been paying dues. There’s a lot of places in town, other warehouses, that pay more—but they don’t have unions.”

The hours and conditions were too much, factory operator Cheri Renfro told Labor Notes.

“I’ve had to miss going to so many holidays because I’m getting forced,” Renfro said. “I’ve had to call my mom and tell her I couldn’t make it. I don’t want to miss those moments anymore. I’m done with giving everything to Frito-Lay—my time, my holidays.” 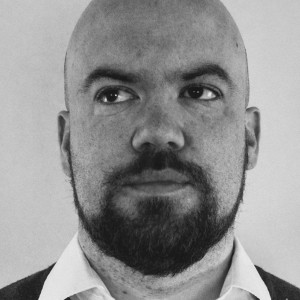