Maybe in another rural, conservative county, a proposal to build a new jail would’ve been approved with very little fanfare. Even in Haywood County itself, a mountainous region in western North Carolina, the idea probably wouldn’t have garnered much attention a few years earlier.

After all, Haywood County is a place where Donald Trump won in 2020 by almost 30 percentage points, Republican firebrand Madison Cawthorn was elected to Congress, and support for the military runs strong. Law-and-order politics tend to carry the day.

But remarkably, a proposal for a new jail has become a matter of genuine debate throughout the county. Local newspapers have run numerous articles exploring its nuances, protests have been staged in the county’s downtowns, and even many not-particularly-political residents understand the basic tenets of the issue and its controversy.

That’s largely due to the work of Down Home North Carolina, a grassroots organization that has worked to empower poor and working class people since 2017. The group has been making inroads among local residents who, while conservative, are independent-minded and difficult to stereotype.

The result is an example of something prison abolitionists have been arguing as the movement enters the national debate more deeply: the politics of safety and punishment don’t necessarily fall as cleanly within ideological lines as conventional wisdom suggests. The abolition movement has a wide range of potential allies with whom they can campaign to reduce incarceration and policing.

But many of them would never put themselves in that category—not, that is, until organizers like Down Home help them to untangle some of the issues at stake.

It was last fall when Haywood County Sheriff Gregory Christopher began arguing for a bigger facility projected to run to around $16.5 million in construction costs.

He was responding to North Carolina’s new rule, established in September 2020, mandating that different categories of incarcerated people be housed separately, depending on their offenses and security requirements. The new regulation could easily render the current detention facility too small, particularly since the number of people incarcerated there has spiked in the past few years.

“If you look at how the Haywood County jail is set up, there’s no room for that,” said Rev. Court Greene, who leads Canton First Baptist Church and has been following the issue. “Looking at the sheer numbers, we have to have a new jail.”

But those numbers only tell part of the story.

Norman Hoffmann, a clinical psychologist and researcher who has been studying the Haywood County jail for a decade, found in 2018 that 86 percent of people incarcerated there suffered from substance use disorder and cost the county significantly more money as a result. Additionally, 48 percent seemed to be experiencing post-traumatic stress disorder (PTSD), and roughly one-third reported symptoms compatible with a major depressive disorder or an anxiety disorder.

To Haywood County residents, those numbers aren’t too surprising. Like other parts of rural America, it’s seen a loss in manufacturing jobs and an accompanying rise in substance use over the last decade. This year, the county ranked highest in the state for visits to the emergency room for opioid overdoses.

“So many people have family members suffering,” said Victoria Castle, a Haywood County resident and a member of Down Home. “Just about every family is dealing with it.”

But familiarity doesn’t necessarily translate into a softer perspective on crime and incarceration.

“The stigma against substance use disorder is so prevalent; it’s something you don’t talk about,” said Castle. Instead, people default to ideas of tough love and personal responsibility. “The idea is still law and order. They don’t know there’s an alternative.”

That’s where Down Home has found a powerful niche. As a member-driven group with a presence in five rural North Carolina counties, it may not be a high-profile organization, but it has developed a strong group of supporters who have spoken out on several key issues.

Down Home’s goals aren’t explicitly progressive. Its organizers try to unearth and target issues that matter most to the people in their regions, which often fail to align with political self-identification. The role of Down Home, then, is to educate locals and help them connect the dots between what affects them and their own opinions and actions.

“People can have a knee jerk reaction like, ‘Bad people need to be in jail,’ but I think when they actually think about it, they might be like, ‘Wait a minute—this don’t make no damn sense,’” says Jesse-Lee Dunlap, Down Home’s community organizer for Haywood and neighboring Jackson County.

“We’re paying a lot more money to harm people. And we’re not reducing crime or drug use; we’re not helping anybody.”

Down Home points out that the jail is crowded because it’s become the de facto primary mental health facility in the region. A busy behavioral health urgent care facility that operated 24/7 had its hours greatly reduced last year due to state budget cuts. There is also a policy on the books to send people to harm reduction programs instead of jail, but it’s rarely utilized because the harm reduction programs themselves scarcely exist.

The North Carolina General Assembly has shrunk the budget for mental health and substance use disorder programs for over a decade. Between 2016 and 2020, the managed care organization that oversees those programs for the western part of the state lost more than $52 million in public funding.

Meanwhile, the Republican-led state legislature has refused to expand Medicaid. So even if services existed, low-income people who need long-term treatment or residential therapy would have no way to pay for them.

“They’ve got squat” when it comes to facilities and options, Hoffman says of Haywood County—particularly more sophisticated treatments that are necessary to treat combinations of PTSD, depression, and serious substance abuse.

In a study a few years ago, he said, “we found that there’d been a steady decline in the number of providers, which coincided with a steady increase in the number of people incarcerated. If you’re not getting services and you have an addiction problem, you’re liable to get in trouble with the law.”

To highlight those funding discrepancies, Down Home and its members responded with an “alternative budget” they presented to stone-faced county commissioners at a February 2021 meeting. The budget includes a wide range of services, including providing licensed social workers at all of the county’s middle and high schools, fully reopening the behavioral health urgent care clinic, building affordable housing, and establishing outpatient and residential treatment options.

The total cost of those social programs, which could potentially reduce the jail population enough that another facility is unnecessary, is estimated at $3.4 million.

That’s a far cry from the $165 million that Down Home claims a new jail would cost taxpayers. They cite a Vera Institute study asserting that staffing and other needs over a detention facility’s lifetime increase the price tag to ten times the construction cost.

Down Home’s leaders say the organization doesn’t specifically support prison abolition; it tries to stick closely to its members’ beliefs and positions. Regardless of this, the group has employed a classic abolitionist framework in its focus on the root factors of incarceration and the creation of the alternative budget.

They’re making the point that investment in social services does a far better job of helping people and responding to harm than incarceration. And the group’s organizers are doing it without the stereotypical hectoring or lecturing.

Craig Gilmore, a longtime anti-prison organizer and co-founder of the California Prison Moratorium Project, agrees that the potential constituency for prison abolition is much wider than political ideologies might indicate. He thinks change is already afoot.

“There are any number of people who have come to see that increasing or even in some cases just maintaining current levels of spending and staffing isn’t making them safer,” said Gilmore. “I think there’s a growing awareness that cuts across the political spectrum, that the things we’ve been spending money on in our criminal justice system are taking money away from things they’d rather see funded.”

The North Carolina organizers face an uphill battle. Funding for jail construction already exists in the form of an old bond, whereas funding for new social services does not. And the county commissioners—who need to make a key decision on the jail project in June—largely seem to be leaning in favor of a new facility.

But Down Home’s leaders have another weapon in their arsenal. In early April, the group began a four-week “deep canvassing” project, knocking on doors throughout the county and talking to residents about substance use, incarceration, and their own experiences.

“If we can say, ‘Hey look, 74 percent of Haywood County voters don’t approve of this project’—that’s really what these elected officials care about,” Dunlap said. “I think that information would be the thing that makes them say, ‘We can’t do it.’”

But deep canvassing is more than just polling. At heart, it’s about eliciting residents’ empathy and changing their minds. Down Home has had success on this front on a variety of topics, and co-founder Todd Zimmer is confident it works.

“We worked really hard to be able to reach a conclusion on that question” of deep canvassing’s effectiveness, he said. “And we stand by it. People are narrated to constantly through the media. Very infrequently do people have conversations about, ‘What is your personal experience with this issue in your life?’” And that just might help counteract the “Fox effect,” which can encourage people to vote against their own material interests.

Down Home may not prevail this time. But it has laid the groundwork and educated many people on an issue that will deeply impact them.

“The fact that this conversation is happening in Haywood County is an example of what wouldn’t be happening if we weren’t there,” says Zimmer. “Poor and working people’s voices weren’t part of the conversation, and now they are.” 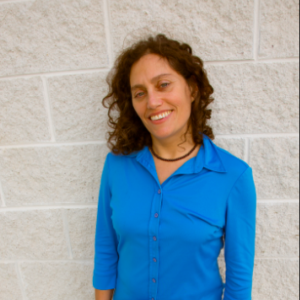