UPDATE: April 17 (7:00 PM ET) – Several hours after this story was published, Attorney General Bill Barr reversed a policy that allowed detained asylum-seekers to be released on bail. This is one more way in which President Donald Trump’s administration is increasing power of immigration authorities to undermine the rights of asylum-seekers. Read Natascha’s report for more details on this crackdown on asylum-seekers.

The Department of Homeland Security (DHS) announced plans to task Border Patrol agents with facilitating the early stages of the asylum process in a transparent attempt to toss out applications before they move forward in court.

In the days following the announcement, President Donald Trump said he would pursue a “tougher direction” on immigration.

It is hard, at first glance, to envision what that may mean for an administration so marked by its aggressive stance on immigration enforcement. Under the Trump administration, the DHS has aggressively broadened enforcement priorities that have made all undocumented immigrants a target for deportation.

Yet, the onslaught continues.

Agents will now be empowered to conduct credible fear assessments, which are one-on-one interviews that determine an applicant’s eligibility to apply for asylum. These interviews are the cornerstone of asylum applications. The success of an asylum application hinges on a migrant’s ability to demonstrate a well-founded fear of being deported to one’s home country.

“The border itself is a militarized place.” Rebecca Press, a senior staff attorney at Central American Legal Assistance told Shadowproof. “It’s an aggressive, hostile location. We know that individuals are roughed up, treated aggressively, and humiliated when they cross the border.”

“The Administration cannot accept that seeking asylum is legal, that people have a right to seek asylum. It’s a demonstration of their willingness to act in defiance of the law.” she added.

Migrants who enter the country without authorization are questioned as to whether they fear being returned to their country of origin. If they respond affirmatively, U.S. and international law dictate they be granted an interview with an asylum officer to determine whether they have a “credible fear of persecution” that would render them eligible for asylum.

Asylum officers require extensive training, and for good reason: asylum decisions are quite literally a matter of life and death.

In 2016, students at Columbia University’s Graduate School of Journalism developed a database of migrants who’d been killed shortly after being deported. The project tracked at least 60 instances, where migrants were killed, maimed, or violated shortly after their deportation—harm they warned U.S. officials about in immigration proceedings.

Migrants’ claims are by no means taken at face value. After passing the interview, asylum seekers must meet a still-higher burden of proof, compiling statements, medical records, police records, and photo documentation to establish persecution.

Any deviation from what is said in the interview in later proceedings can be used to discredit an applicant, despite the extensively documented role of trauma in impeding the recollection of memories.

Survivors of trauma often struggle to present their experiences in a linear narrative and experience emotional detachment that an uninformed observer may easily read as deception.

Even with the best of intentions, an interviewer, who is not thoroughly versed in the intricacies of trauma, could reject a valid asylum claim due to minor inconsistencies in the narrative or an applicant’s emotionless demeanor.

The added terror of being alone in a room with agents, who routinely employ excessive force and threaten sexual violence is itself re-traumatizing, further hindering an applicant’s chance at a fair assessment.

Meanwhile, asylum interviews are not recorded. The only existing documentation is an asylum officer’s typed or written notes.

As it stands, the system faces steep disparities in acceptance rates that can be ascribed to bias. A 2006 Syracuse University study found Chinese asylum applicants faced significantly different odds of acceptance depending on which immigration judge was assigned to a case.

Where one New York judge denied nearly seven percent of petitions, another had a denial rate of 94 percent. In a system already notorious for its lack of transparency, allowing hostile border patrol agents to be the sole recorder of what transpires in each interview would only exacerbate these disparities.

As the organization noted, it is physically impossible to carry enough water to survive the journey through the Sonoran Desert, a fact that is not lost on those tasked with patrolling it day in and day out.

In one video, an agent grins at the camera while emptying bottles, taunting the person recording. In another, agents go out of their way to kick over gallons before going on their way.

It would be ludicrous to assume good faith in an agency that openly relishes migrant suffering. Allowing Border Patrol agents to determine the fate of desperate asylum seekers will result in more preventable deaths. 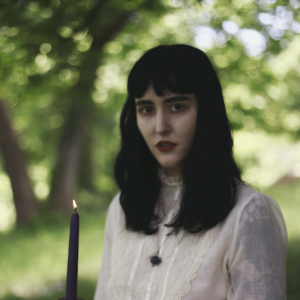 Natascha Elena Uhlmann is a writer and activist from Sonora, Mexico. Her work has appeared in The Guardian, Teen Vogue, and Bitch Media. She is a member of the New Sanctuary Coalition, which advocates for immigration reform and provides services for immigrants in need.