This article originally appeared on Muftah, and the original can be found here. To receive Muftah’s alternative reporting and analysis on important global events, sign up for its Weekend Reads here.

The famous French-Swiss director Jean-Luc Godard once said that “film begins with D.W. Griffith and ends with Abbas Kiarostami.” Sadly, the award-winning Iranian director passed away on Monday, July 4, in Paris, where he was receiving treatment for gastrointestinal cancer. He was seventy-six.

Born in Tehran in 1940, Kiarostami produced most of his films in Iran, even after the Islamic Revolution of 1979. Though working within the restrictive parameters of Iranian-government censorship, Kiarostami created beautifully poetic films that focused on lived realities and interrogated the distinction between fiction and reality.

His movies were notably minimalistic and meditative, allowing audiences to reflectively engage with his work. Kiarostami said he did not like films that held the audience hostage with intense emotion. Rather, he endeavored to connect with the viewer through a dynamic exchange, in which the audience’s responses and anxieties would complement and ultimately complete the movie.

As film critic Peter Bradshaw wrote in The Guardian about Kiarostami’s work:

Abbas Kiarostami was a mysterious and delicate fabulist of human nature and human relations, a film-maker whose stories were somehow in, but not of, the real world. His movies didn’t render up their meaning easily; they were replete with meditative calm, sadness, reflection, but also dissent, obliquely stylised confrontation and emotional negotiation – as well as his own elusive kind of playful humour.

In an interview a few years ago with Indiana University Cinema, Kiarostami talked about his greatest influence, which was neither predictable filmmaking giants nor the global literary canon, but rather his own “watchful eyes,” a commitment that is highly evident in his films. “My highest aim presently is to give new information about myself, others, or the environment in which I exist. To me, a film that reveals something new about life is a fitting one,” he said.

In the same interview, Kiarostami intimated that he saw himself primarily as an artist and only secondarily as a filmmaker. He explained, “For creating there must be certain conditions. My work depends on existing possibilities. There has appeared an idea that is worthy of becoming a film…In these conditions, well, I become a filmmaker.” In the absence of these conditions, he saw himself as a more general artist, doing photography, writing poems, which perhaps explains the rich and captivating way artistic sensibilities permeate all his work. 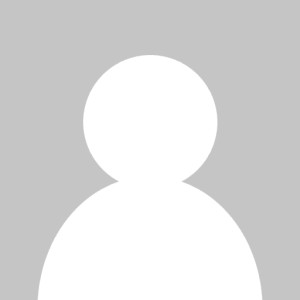 Protest Song Of The Week: ‘Stoned Love’ By The Supremes