Judge: CIA, Pentagon May Still Neither Confirm Nor Deny Records Exist on US Citizens Killed by Drones 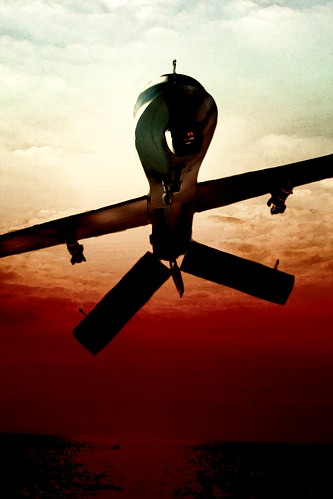 A federal judge has ruled the CIA and Defense Department (DOD) do not have to confirm or deny whether they have records on the “factual basis for the killing” of either Samir Khan or Abdulrahman al-Awlaki, who were killed in two separate drone strikes in September and October of 2011.

In the same decision, which contained top secret information and was heavily redacted, Judge Colleen McMahon of the Southern District of New York also ordered the CIA, DOD and Office of Legal Counsel (OLC) to disclose portions of documents with facts about US drone operations already “officially acknowledged.”

(2) DOD and CIA have an “intelligence interest in the use of drones to carry out targeted killings”;

(3) DOD and CIA have an “operational role in conducting targeted killings”;

The development was the latest in a Freedom of Information Act (FOIA) lawsuit filed by the American Civil Liberties Union in October 2011, which sought documents on the “targeted killings” of Anwar Al-Awlaki, his 16-year-old son, Abdulrahman, and Samir Khan.

In April 2014, the Second Circuit Court of Appeals reversed a January 2013 decision by the district court. The government was ordered to release a memo related to the targeted killing of Anwar Al-Awlaki. The memo was released in June. The same appeals court ruling additionally ordered the government to list documents and make a case for why each document should remain secret.

McMahon allowed the government agencies to invoke attorney-client privilege and the deliberative process privilege for a number of the documents, which advocates for reform of FOIA have referred to as the “withhold it because you want to” exemption.

The CIA and Defense Department were permitted to continue to “stand on its Glomar” with respect to information on the drone strikes, which killed Khan and Abdulrahman. This means neither agency has to acknowledge to the ACLU that it has documents related to any decision to target and kill these individuals.

McMahon stated in her ruling, “Absolutely nothing in the record suggests that anyone associated with the CIA (the only agency that can waive FOIA exemptions on behalf of the CIA) has ever publicly acknowledged anything about Khan—still less that a decision was made either to kill him or to risk doing so.”

There has been “no disclosure of the existence of any records relating to any Executive Branch evaluation of any factual basis that might exist for killing either of them,” according to McMahon.

Additionally, the judge decided against ordering the disclosure of documents, which recognized facts related to Anwar al-Awlaki’s role in al Qaeda in the Arabian Peninsula, the Detroit bombing attempt, and his role in planning other attacks, which never happened.

It appeared the judge wanted to hold off and allow an appeals court reviewing similar documents in a similar case filed by the New York Times that may still have some issues to resolve. McMahon noted in relation to one document that it contained details of “methods used to minimize collateral damage.” However, the government was entitled to keep such information secret because it could be considered to be an “intelligence source” or “method” covered by the National Security Act.

If one accepts the government’s claims that Khan and Abdulrahman’s deaths were “accidental,” one at least has to believe the government did some kind of review after the strikes once they recognized two US citizens had been killed. This is what the ACLU suspects.

The ACLU and Center for Constitutional Rights have pursued a lawsuit challenging the constitutionality of the strikes, which killed the three US citizens. And, in this lawsuit, the ACLU has challenged the right of the government to keep information related to their deaths secret.

McMahon’s decision not only allows the government to keep such information secret from the public for now, but it also makes it easier for the government to survive challenges to the constitutionality of “targeted killings” of US citizens. It makes it possible for DOD and CIA officials to effectively avoid increased scrutiny of what happened in those drone strikes as well.

The decision can be found here: PDF.

Judge: CIA, Pentagon May Still Neither Confirm Nor Deny Records Exist on US Citizens Killed by Drones