Clowns Who Run for President Vs. Comedians Who Do 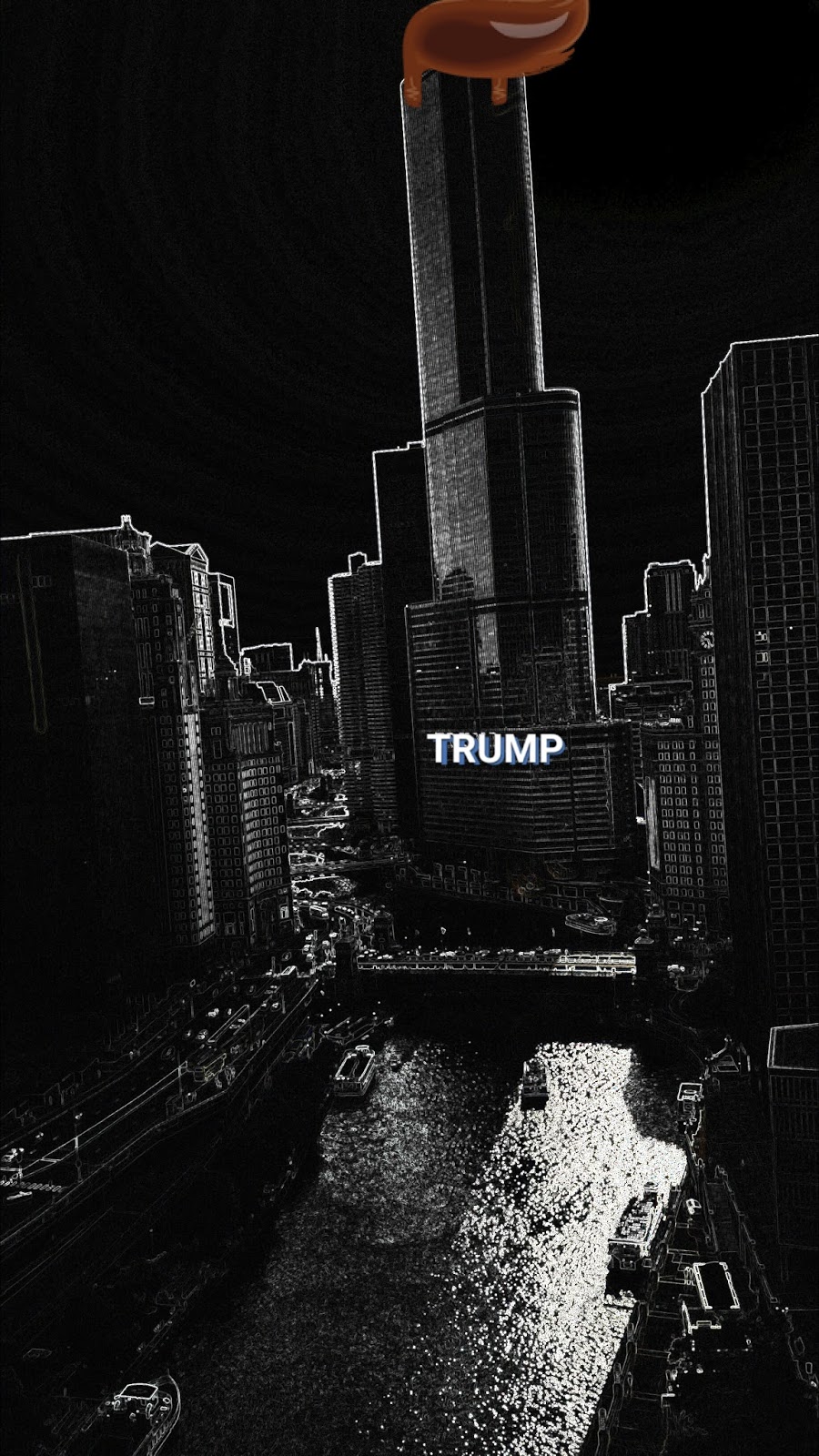 I was in downtown Chicago this week by the river. A woman next to me was taking a photo, of Trump Tower. I asked her, “So are you voting for him?” She burst out laughing, “No!”

Sam Seder predicted this months ago on the Majority Report and it’s coming true. Trump is great fun for the press. Look at it from their point of view. Would you rather cover Trump or Ted Cruz? (Cruz makes me feel like his Brylcreem is oozing out of my speakers when he talks)

Watching Rubio makes them thirsty and listening to Jeb Bush makes them sad. But Trump can be treated as both ridiculous AND serious which meets both tabloids and “Very Serious People” needs in the media.

Come for the Guns Stay for the Racism

I watched the GOP candidates speak at the NRA convention. Trump was energetic, funny and pivoted from “I love the 2nd Amendment” to CURRENCY manipulation in his speech!

It actually wasn’t that big of a stretch. Something for the Minutemen on the border in Texas to get pumped up about then for the real audience, the media, talk about global economic manufacturing and monetary policy.

Trump can say wacky and racist things and the other candidates can distance themselves from him to seem more moderate.

Readers of this site know all this. Insiders know all this. But what I found interesting was actually watching the fake hand wringing about how “Trump is going to damage the Republican Party!” and hurt its brand. Ha! As if.

Thanks to The Odious David Brooks™ you can hear first hand how Trump is saving the party, and how he will help the candidate who gets through to the main election to seem more palatable to the rest of the country. Watch as how Brooks distances himself from Trump’s comments as well as list the others who did.

As Marc said, the useful thing about what’s happened is that we have seen this fissure in the Republican Party, where Jeb Bush came out very strongly against Trump, saying he takes it personally, Rubio again very strongly.

It has brought them out. It has brought their ire out, a little passion in rebutting Trump. Ted Cruz, a little more disgraceful, more or less saying he raises good issues and things like that. So we have begun to see a split. The party now has to confront this. And I think most of the leading candidates have, to my mind, come out on the right side.

E.J. Dionne called out the other GOP candidates for not distancing themselves from Trump after his racist remarks.

Brooks gives them cover, “No. It was a matter of days or even hours. They had to formulate things.”

Exactly, because they did the political equivalent of licking their finger and putting it in the air.

Right then I knew that Trump will stay in long enough to allow all the other candidates to separate themselves from his worst remarks. They can choose how to ‘formulate” their response depending on who they want to appeal to when.

At the same time Trump can run long enough to send the dog whistle to the base say, “Yeah, what he said OUT LOUD was wrong. But you can tell where we really stand by how slowly we denounced him.”

Hearing, “We don’t think all Mexican’s are rapists.” from others right away is different from two days later. (BTW, fun word emphasis exercise. Read the quote above with a different emphasis on each word in turn. Note how the intent of the statement changes each time you read it.)

People joke about “The Clown Car” of GOP candidates that de-legitimizes the runners. The mainstream media choose to take people who announce seriously (or at least pretend to take them seriously) because if they call Trump a clown and joke, they would get hit by the RW media as having a “liberal bias.”

What’s the difference between Donald Trump and Pat Paulsen? 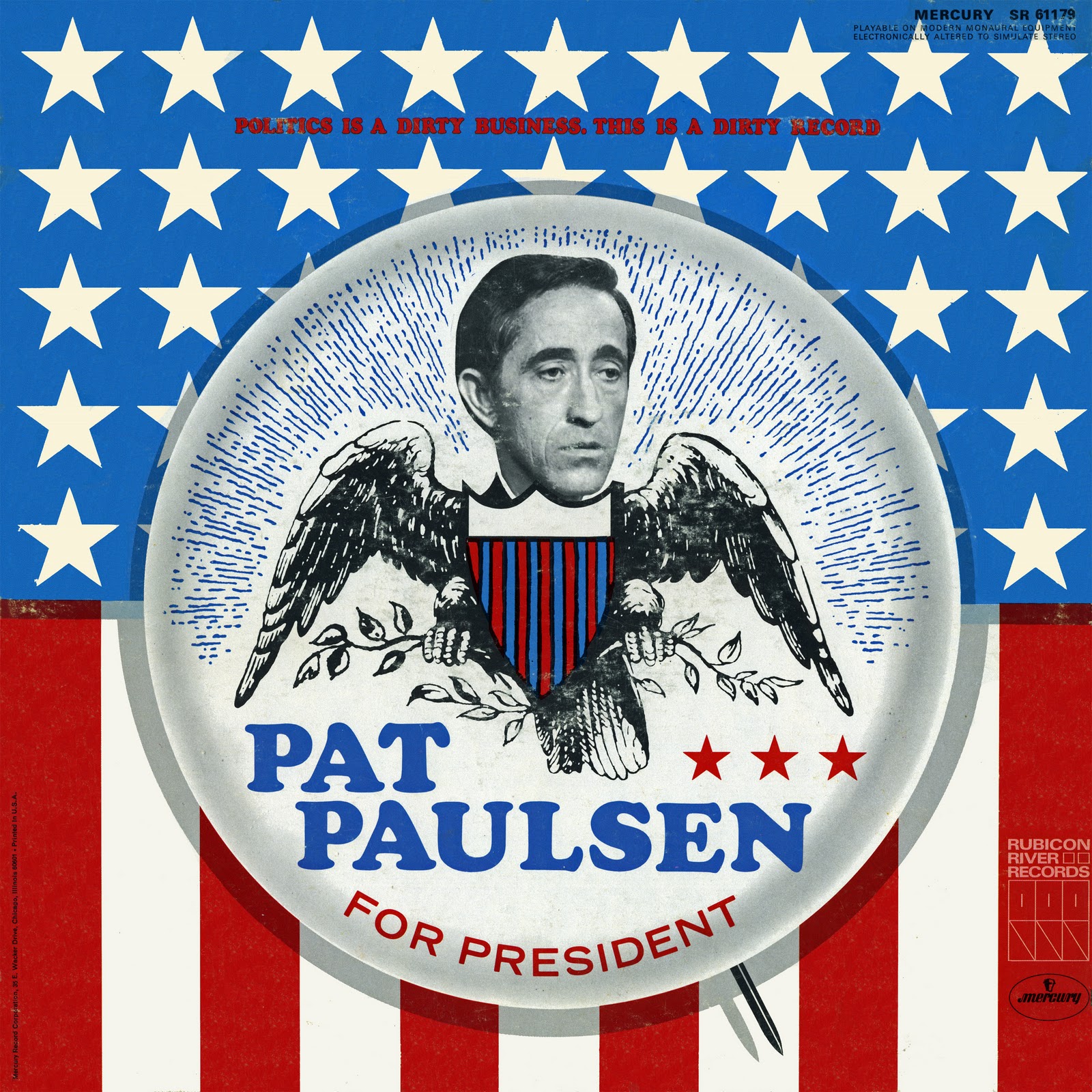 One is a funny guy, saying outrageous and nonsensical things while running a presidential campaign with no chance of winning, the other is Pat Paulsen.

Imagine if the media back in the 1960’s took Pat Paulsen serious as a candidate? He would have kicked serious butt. Look at some of these genius quotes pre-twitter. On immigration:

I don’t want to say too much about illegal immigration. I’m afraid my views will be reported on the Cinco O’Clock News

He was a head on the drug issue:

–Marijuana should be licensed and kept out of the hands of teenagers. It’s too good for them.

He even had thoughts on the rights of criminals and murders that is hot today.

On the Miranda warning:

–Why should we tell kidnappers, murderers, and embezzlers their rights? If they don’t know their rights, they shouldn’t be in the business.

Paulsen being dead doesn’t mean we have to take him any less seriously than Donald Trump being alive and orange.

Paulsen’s running would make Marcio Rubio look animated and hydrated. Rick Perry could distance himself from his health care views. “You think Texas’ health care is bad? Well at least I’m still alive. If you were so smart why are you dead?”

The Meet the Press discussion, with a propped up corpse of Paulsen, would break just as much ground with “news makers” as Chuck Todd’s interviews with Jeb Bush.

The MSM media don’t want to call a clown a clown. They love Trump because he’s fun to write about. Even though he has no chance of winning, they get to use him to help other radical RWs seem less bizarrely out of touch.

Also, unlike Trump and other GOP candidates, Paulsen could be honest at the deepest level. His campaign slogan was sheer elegance in its simplicity.

Clowns Who Run for President Vs. Comedians Who Do