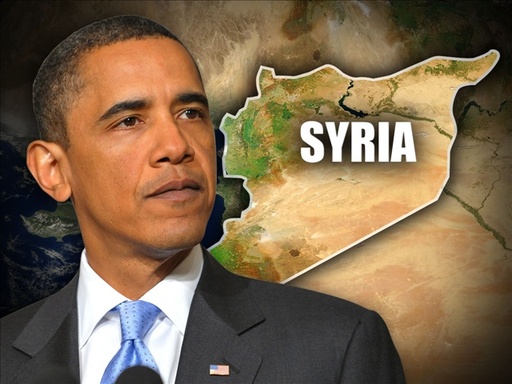 Regional allies may be turning the tide in the Syrian civil war, which could force President Obama to intervene to prevent an extremist takeover

Throughout the last three and a half years, the fall of Syrian President Bashar al-Assad was routinely, and sometimes quite irresponsibly, proclaimed as being just around the corner.

The results of this widespread practise are well-known no matter which side of the policy debate you have been on: falsely raised expectations among activists, over-confidence and over-reach practised by many of Assad’s foes and a grinding slide into a devastating civil war that some policymakers wrongly believed could be significantly attenuated by a collapse-on-the-cheap.

Now, however, with reports of a series of major battlefield defeats, top-level infighting, the overall exhaustion of the Syrian Arab Army and an apparently well-coordinated military push arranged under the somewhat unlikely alliance of Saudi Arabia, Qatar and Turkey, Assad’s exit in the near or medium term has finally moved from being an exaggerated hope to a real possibility.

Despite all of the blame that US President Barack Obama has taken for the Syrian civil war, its exceptionally bloody prolongation and the many terrible consequences the war has spawned, not least of which is ISIS, he deserves some credit for his actions.

Two strategic decisions and recent rhetoric supporting regionally led military offensives have actually laid the foundation for this point – a point where Assad’s end isn’t likely to lead, as was previously the case, to a major regional war that very well could have involved weapons of mass destruction.

Of course, this will provide little consolation for the dead or their devastated kin, much less for those who called early on for a strong US-led military intervention; or, as I did, an early negotiated settlement with Assad that would have averted the current disaster in the heart of the Middle East and saved countless lives, at the cost of delaying the legitimate right of Syrians to be free of a ruthless dictator.

Be that as it may, Obama’s success in removing Assad’s extensive chemical weapons threat between 2013 and 2014 and his progressive engagement (and the possible nuclear accord this summer) with Iran, are both underwriting the current military offensive that America’s allies in the region are apparently leading against Assad.

Indeed, both of these policy decisions have turned the dangerous “fantasy” of intervention into a potentially reasonable option, precisely because Obama has manoeuvred Assad and his most important backer, Iran, into an exceedingly tight space. On the one hand, Assad no longer possesses the reasonable threat of using his strategic “Samson Option” – ie, in the event of an impending collapse he and/or his immediate circle could launch the plethora of chemical weapons he used to possess against Israel or any other regional enemies.

On the other hand, Iran (and by association Lebanon’s Hezbollah, which is also fighting on the ground in Syria) finds itself in the final few months of negotiations over its nuclear programme, the success of which represents a vital Iranian national interest.

For Iran to initiate yet another dimension of conflict in the region, beyond those burning in Yemen, Iraq or Syria, much less one that involves its junior partner Hezbollah possibly provoking Israel, for example, would take a mighty dose of hubris and poor strategic thinking.

In fact, if the Iranians and Hezbollah (not to mention Russia) have done what they should have done during the last two years of their intervention on the ground in Syria – developing a trusted, robust network within the country’s political, intelligence and military elites – they may just find that a negotiated settlement is actually the only acceptable option left. This option could finally sees Assad’s inner circle replaced by an effective, reasonably pro-“Resistance Axis” Syrian leadership able to negotiate truces, fight ISIS and initiate a credible political process for unification, or a de facto partitioning of the country.

The most important issue, however, is not whether any of Assad’s backers will react to his military defeats with this kind of flexibility.

In fact, in meetings with publicly accessible Hezbollah officials here in Beirut at least, the rhetoric has only hardened that Assad alone can keep the Syrian army together and must be defended.

Sooner rather than later, Obama must decide what to do if a sustained Saudi-Turkish-Qatari backed military assault on Assad and his allies actually works, especially since many of the foot soldiers and leaders supported by this tripartite alliance are thought to be violent Sunni extremists?

With Assad’s strategic weapons gone and Iran’s retaliatory options receding, at least for the moment the main threat is that ISIS and other extremists will fill any breach, further destroy state institutions and possibly even commit genocide against Syrian minorities, especially the Alawites associated with Assad and his family.

Unfortunately, neither the Turks, the Saudis nor the Qataris have a particularly good track record of encouraging and then effectively containing the Sunni extremists they have unleashed and sustained over the decades.

All of which means that Obama’s hand might finally be forced in this next stage – whether he likes it or not – to take an active, possibly even interventionist, role in a collapsing Syria that could be rid of Assad but at the same time filled with triumphant, anti-Western militias which could be even worse for Syrians, regional states and, quite possibly, America itself.

Nicholas Noe is the co-founder of the Beirut-based Mideastwire.com and author of the book Voice of Hezbollah: The Statements of Sayyid Hassan Nasrallah.