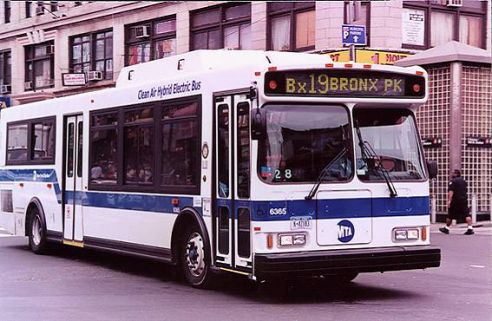 A story of our times, with massive First Amendment issues embedded.

A federal judge ruled that a group (more below, who they are makes this case even more complex) may put up posters on New York’s public buses and subways saying “Killing Jews is worship that draws us close to Allah.” The poster features a young man in a checkered headscarf with the additional words “That’s His Jihad. What’s yours?”

The poster is now at the epicenter between public safety and free speech. On Tuesday, a District judge ruled New York’s Metropolitan Transportation Authority (MTA) cannot stop the controversial ad.

The MTA argued the ad could incite violence against Jews.

However, MTA officials “underestimate the tolerant quality of New Yorkers and overestimate the potential impact of these fleeting advertisements,” the judge stated in his ruling. “Moreover, there is no evidence that seeing one of these advertisements on the back of a bus would be sufficient to trigger a violent reaction. Therefore, these ads — offensive as they may be — are still entitled to First Amendment protection.”

The MTA has now fired the next shot in the struggle, banning all “political” advertising on its subways and buses. You can certainly expect that decision to be challenged by a very broad range of actors.

The Speaker Versus the Speech

The issues surrounding the “Kill Jews” poster are complicated, in that the sponsor is a pro-Israel, anti-Muslim organization. Pamela Geller, the president of the American Freedom Defense Initiative (AFDI), the group that purchased the ads and sued the MTA to run them, was overjoyed at the court’s decision to allow her to post the, to some, inflammatory ads.

The Southern Poverty Law Center considers AFDI an “anti-Muslim” hate group. For example, earlier this year AFDI organized a portrait of the Prophet Mohammed contest, despite objections from Muslims who consider images of the Prophet blasphemous.

The presumed purpose of the “Kill Jews” ads placed by a pro-Israel group is to conflate the murder of innocents of one religion by smearing all members of another religion.

But can they say that kind of thing? Isn’t it Hate Speech and isn’t that illegal?

The Limits of Free Speech

The right to free speech enshrined in the First Amendment to the Constitution isn’t there for the easy cases; it is there for the tough ones.

The Supreme Court has thus been very reluctant in modern times to issue limits on free speech; what is now commonly called “hate speech,” things like the Klu Klux Klan using the N-word, or religious fundamentalists protesting at veteran’s funerals by way of anti-gay slurs, have been ruled repeatedly to be protected acts of free speech. You get the good with the bad, no matter what you personally consider the good parts and the bad parts.

See how it works?

The broad concept of free speech is somewhat recent in the Supreme Court’s mind.

One of the most shameful examples of restraint comes from the early 20th century case of U.S. v. Schenck. In that case, the Court decided Charles Schenck, the Secretary of the Socialist Party of America, could be convicted under the Espionage Act for writing and distributing a pamphlet that expressed opposition to the draft during World War I. It was in that case that Justice Holmes made his famous statement in favor of restraint, the one about free speech not allowing someone to shout “fire” in a crowded theatre.

So hate speech is illegal, like shouting Fire! and panicking a whole theatre full of people, right?

That Was Then, This is Now

The Supreme Court then did a 180 degree turn in the 1969 case of Brandenburg v. Ohio, which basically overturned Schenck. The Court held that inflammatory speech, even speech advocating violence, is protected under the First Amendment unless the speech “is directed to inciting or producing imminent lawless action and is likely to incite or produce such action.”

That is where today’s New York District judge’s specific wording came from. When he said that New Yorker’s would understand the broader political point of the “Kill Jews” poster and not actually be moved to murder, he was confirming the standard set in Brandenburg v. Ohio: you have to do more than just announce an intent toward violence, your statement has to be such that people will be actually willing to follow it.

Back to the New York Buses

Of course predicting what people might do in response to any bit of speech is very hard stuff. But the Supreme Court in fact granted that power to predict to the judicial system. In the “Kill Jews” case, the judge clearly decided no one would see the ads and decide, based on that, to actually commit murder.

And that brings us back to Justice Holmes, the same Supreme Court judge who gave us the “fire in the crowded theatre” lines. Holmes later recanted, and became a firm advocate of nearly unrestrained free speech. Holmes wrote (Abrams v. United States) that the marketplace of ideas offered the best solution for tamping down offensive speech:

The ultimate good desired is better reached by free trade in ideas — that the best test of truth is the power of the thought to get itself accepted in the competition of the market, and that truth is the only ground upon which their wishes safely can be carried out.

In other words, let the ads play out on the New York buses and subways. The people are smart enough to know garbage when they smell it.