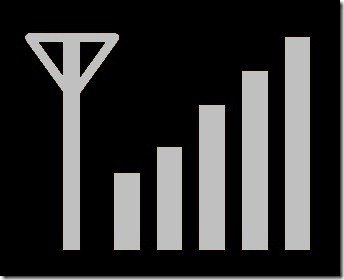 The government can kill all cell service in a designated area of its choice during “emergencies,” and does not want to disclose any details about how or when they might employ this.

Implications for the First Amendment are made clear by one known local use — San Francisco’s Bay Area Rapid Transit System disabled service to quell protests in four downtown San Francisco stations over the fatal shooting of Charles Blair Hill by police.

The Department of Homeland Security came up with the Federal-level plan — known as Standing Operating Procedure 303 — after cellular phones were used to detonate explosives targeting the London public transportation system in 2005. Unbeknownst at the time to the public, the government shut down cell service in various locations in New York City, primarily around tunnels to and from Manhattan.

SOP 303 spells out a “unified voluntary process for the orderly shut-down and restoration of wireless services during critical emergencies such as the threat of radio-activated improvised explosive devices.” Since the details of SOP 303 remain secret, no one is certain when or how it might be invoked.

The U.S. Court of Appeals for the District of Columbia Circuit in February sided with the government and ruled that the policy did not need to be disclosed under a Freedom of Information Act (FOIA) request from the Electronic Privacy Information Center (EPIC.) The court agreed with the government’s citation of a FOIA exemption that precludes disclosure if doing so “could reasonably be expected to endanger the life or physical safety of any individual.”

EPIC asked the court to revisit its ruling. On April 10, the court ordered the government to respond, a move that suggests the appellate court might rehear the case.

EPIC originally asked for the document in 2011 in the wake of the shut down of mobile phone service in the San Francisco Bay Area subway system during a protest. The government withheld the information, EPIC sued and won, but the government then appealed and prevailed.

Who Decides When to Kill the Network?

Under the direction of the so-called National Security Telecommunications Advisory Committee, SOP 303 allows for the shutting down of wireless networks “within a localized area, such as a tunnel or bridge, and within an entire metropolitan area.” That Advisory Committee is a Reagan-era, presidentially-appointed body composed of up to 30 senior executive-level representatives from communications, information technology, banking, and aerospace companies.

Since SOP 303 is not a law, it cannot be enforced. However, the telecoms have agreed to cut off cell service voluntarily whenever the Federal government requests SOP 303 be invoked.

The process of shutting down the cell service goes through the National Coordinating Center for Telecommunications (NCC), a coordination body set up by Ronald Reagan in 1984. The NCC, which includes representatives from the Central Intelligence Agency, Federal Emergency Management Agency, National Security Agency, every important cabinet department, and a few dozen big telecommunications and defense companies, takes shutdown requests from state and national Homeland Security officials, verifies whether they are “necessary,” and passes those requests on to wireless carriers in the affected areas.

Because cutting off communications imposes a prior restraint on speech, it’s unclear whether SOP 303 is constitutional, and of course the specifics of the agreement are secret and the limits of government authority in this area have never been tested in court.

According to Eva Galperin of the Electronic Frontier Foundation, governments in places like China regularly shut down cellphone service to quell protests. “They did it in Egypt as well,” she explained, during the protests that deposed former Egyptian president Hosni Mubarak.

The exact decision-making process in the United States is classified. But you’ll know when it happens — check your phone for bars.