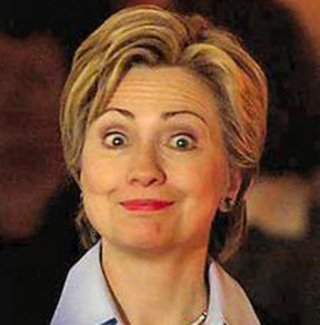 By coincidence, only days after Hillary announced her candidacy, The Clinton Foundation announced changes to the way it handles donations and accountability.

Let’s look at the BS Factor on two of the most important “changes.”

Until, well, a day or two ago, the Foundation imposed no such restraints on itself. According to The Wall Street Journal, the foundation has already received funding from the United Arab Emirates, Saudi Arabia, Oman, Australia, and Germany. A Canadian government agency that supports the Keystone XL oil pipeline has also given money to the foundation.

— The Canadian Foreign Affairs, Trade and Development agency donated between $250,000 and $500,000 (the Clinton’s only report donations in such ranges.) The Journal, however, claims the exact amount of the donation was somewhere around $480,000.

— The Australian government has given between $5 million and $10 million in 2014. It also gave in 2013, when its donations fell in the same range.

— Oman, which had made a donation previously, gave an undisclosed amount in 2014. Over time, Oman has given the foundation between $1 million and $5 million.

BS Factor: Very High. Despite appearances, nations like Canada still have need to influence the possible next president of the United States. In addition, does anyone really think just because donations stopped this week, the previous millions given by the Saudis and others will have no influence? Finally, we have seen this before. The fact that the Foundation previously stopped seeking such donations when Hillary became Secretary of State, then restarted them again after she left office, only makes things seem more sleazy and hypocritical.

The Clinton Foundation also said it will now disclose its donors more frequently, publishing the names of new contributors four times a year. Where have we heard this before?

Oh, right, from the The Clinton Foundation.

According to Reuters, in 2008, Hillary Clinton promised president-elect Barack Obama there would be no mystery about who was giving money to her family’s charities. She made a pledge to publish all the donors’ names on an annual basis to ease concerns that as Secretary of State she could be vulnerable to accusations of foreign influence. The Clinton Foundation did indeed publish a list of donors at first, but, in a breach of the pledge, the charity’s flagship health program, which spends more than all of the other foundation initiatives put together, stopped making the annual disclosure in 2010.

Officials at the Clinton Health Access Initiative (CHAI) and the foundation confirmed to Reuters no complete list of donors to the Clintons’ charities has been published since 2010. CHAI was spun off as a separate legal entity that year, but the officials acknowledged it still remains subject to the same disclosure agreement as the foundation. CHAI published only a partial donor list, and only for the first time, and only this year.

BS Factor: Very High. Nothing in the past suggests any reason to trust these folks. Hey, if you want to publish your donor lists, just do it. Today. Now. Online, in searchable form.