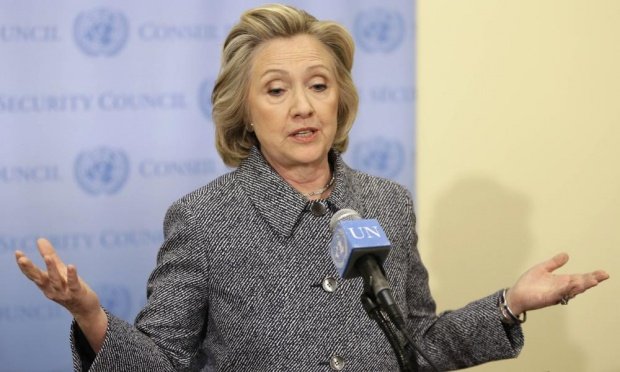 No doubt vying to be the most transparent administration ever someday, the Clinton campaign is off to a great start — sucking up to powerful journalists, who are happy to play along, excluding non-mainstream press, and swearing everyone to secrecy. What more likely scenario for open and objective news coverage could there be?

Oh, in case you weren’t sure, that was sarcasm. The actual event for so-called journalists was not, and really, sadly, took place.

All off the record, of course.

Invited “reporters,” who promised not to report anything that was said included people from The New York Times, The Washington Post, Politico, The Wall Street Journal, The Associated Press, Bloomberg, McClatchy, Reuters, HuffPo and several major TV networks.

A Clinton spokesman declined to comment on the gathering. Naturally.

So if you don’t get it, get it now. Like with the emails, you, lousy slugs of citizens consumers voters, will only be told what the Clinton campaign wants you to be told. The media, in return for a free dinner and the occasional exclusive leak, are happy to assist the Clinton’s in keeping quiet what they wish to keep quiet.

For those with a little free time, look up “investigative journalism” in your history books for a laff.