That’s What Friends Are For: Israel Spied on U.S. Talks with Iran 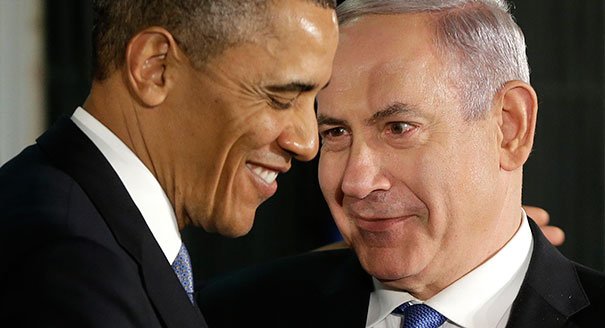 So U.S. counter-surveillance gets whooped by Israel, who then uses information gathered on Iran nuclear talks so that Netanyahu can try and convince Congress to torpedo Obama’s negotiations with Iran so that Israel can remain America’s bestie in the Middle East and shove Iran off to the side like a B-level Kardashian. And some people still prefer professional sports to watching politics?

Israel spied on Iran’s nuclear talks with the United States — and used the information to undermine the Obama administration’s position with the GOP-led Congress, according to an explosive report in The Wall Street Journal. While Israeli officials deny the accusations, claiming they got the info by spying on the Iranians, the White House found out about the operation while it was spying on Israel. U.S. intelligence agencies intercepted messages among Israeli officials containing details that U.S. officials believed could only have come from inside the top-secret negotiations.

The anonymous officials say that classified information, such as the number of centrifuges that Iran might be able to keep operating as part of a final accord, were then shared with GOP lawmakers in an effort to derail the talks.

Now why would Israel want to undermine U.S. attempts to reach some sort of nuclear agreement with the Iranians that, if successful, would lessen the chance that Iran would become a nuclear state?

Israel wants to accomplish two things. Well, three, if they could.

Israel wants to remain the only nuclear power in the Middle East (and yes, of course they have nukes, c’mon.) They may be afraid the U.S.-Iran deal is 99 percent Obama-Kerry legacy grab and will be weak enough that Iran will remain a nuclear threshold state. The Iranians are unlikely to upset things by testing a device, but they’ll hover as close to the line as they think they can. That’s pretty much how the Republicans see the deal as well, so the Israeli connection is hand in glove.

Israel is also concerned about any U.S.-Iranian rapprochement. Iran has all the makings of a regional power to rival Israel and the Sunni states which quietly more or less support at least some Israeli goals. About the only thing that keeps Iran in check is U.S. sanctions that cripple the country economically. A nuclear deal could pave the way for reopening of relations with the U.S. and the lifting of sanctions.

The third Israeli aim is kind of a long shot. Israel would love to send Iran back to the Stone Age, nuclear development-wise. It would be most convenient for them if the U.S. were to bomb Iran, though Israel would be more than happy to do the job itself with U.S. permission and support. The bombing is very, very unlikely to take place. After all, if Dick Cheney couldn’t get Bush to sign off on it during eight years of near-constant saber rattling over Iran, who is going to get it pushed through in 2015?

Yet despite all the spying and bad vibes these days between the U.S. and Israel, remember, money talks and bullsh*t walks. U.S. military aid alone to Israel exceeds $100 billion, with lots and lots of other official money flowing in around the edges. So smile whenever you read about diplomatic rifts in the relationship.

That’s What Friends Are For: Israel Spied on U.S. Talks with Iran