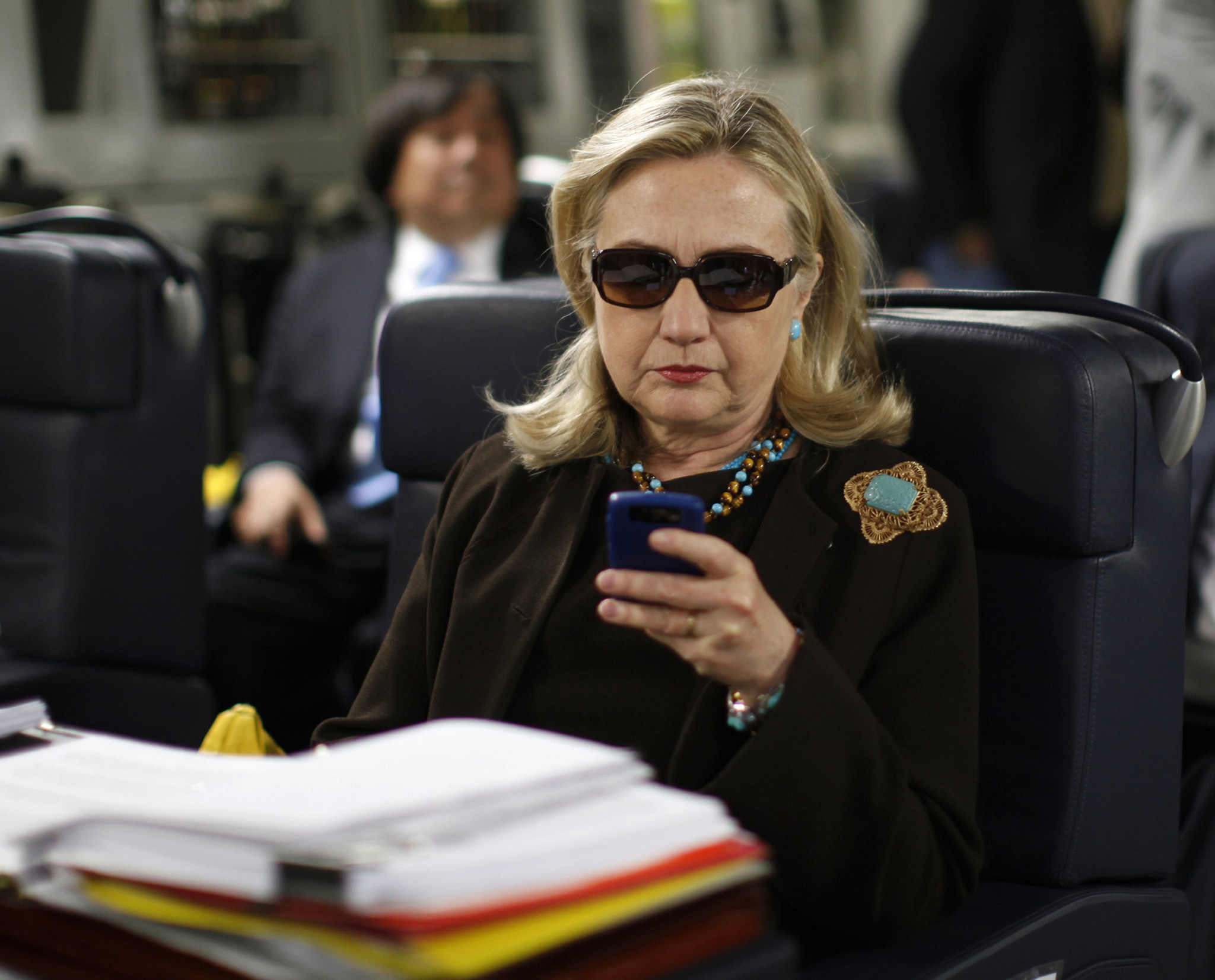 Yesterday former Secretary of State Hillary Clinton addressed the controversy surrounding her use of a private email account while acting as Secretary of State. At a press conference at the United Nations Clinton said she had used a private account simply out of convenience and said “I thought it would be easier to carry just one device for my work and for my personal emails instead of two.” She said if she had the choice again she would have carried two devices.

Clinton also confirmed that she and her personal staff were the ones in control of the emails and they had selected which emails to submit to the State Department and which ones not to. That is precisely what is not supposed to happen under the Federal Records Act and the agency regulations in place since 2009.

Further complicating Clinton’s explanation is a memo sent out during her tenure in 2011 telling all State Department personnel to stop using private email and start using government email if they were not already with the specific order to “Avoid conducting official Department business from your personal e-mail accounts.”

One of the other concerns over Clinton using a private rather than a government email account is security. At the press conference Clinton claimed she never sent an email with classified information from her private account. Given her high position and how prevalent classification has become that assertion has been met with a lot of skepticism.

A former senior State Department official who served before the Obama administration said that while it was hard to be certain, it seemed unlikely that classified information could be kept out of the more than 30,000 emails that Mrs. Clinton’s staff identified as involving government business.

“I would assume that more than 50 percent of what the secretary of state dealt with was classified,” said the former official, who would speak only on the condition of anonymity because he did not want to seem ungracious to Mrs. Clinton. “Was every single email of the secretary of state completely unclassified? Maybe, but it’s hard to imagine.”

Even if former Secretary Clinton was able to stay within the boundaries of the government’s increasingly expansive secrecy laws, the explanation she has offered for bypassing the records laws leaves much to be desired.

In an interview with VICE, a former director of the Justice Department’s Office of Information Policy (OIP), Dan Metcalfe, claimed Clinton’s actions were a “blatant circumvention of the FOIA [in addition to] the Federal Records Act by people on both sides of it who unquestionably knew better.”

All of which leads to the question that won’t go away – what is in the emails Clinton refuses to disclose to the State Department?