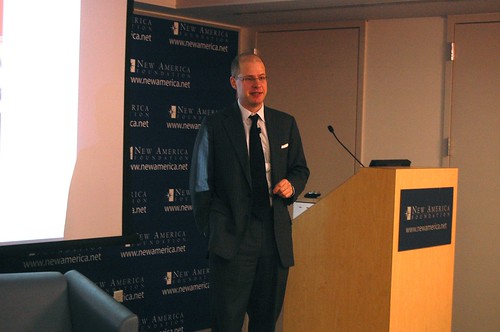 Here’s Time Magazine‘s David von Drehle: “The greatest threat that ISIS poses — even to the poor souls living under ISIS rule — is the unintended damage that might follow from the effort to eradicate the group. . . . As dangerous as it is to have a terrorist kingdom in the middle of the world’s geopolitical tinderbox, ousting ISIS will be every bit as dangerous.”

Drehle goes from there immediately into the debate over whether U.S. troops or local troops should do the job. His article is followed by Max Boot arguing for U.S. ground troops and Karl Vick arguing for U.S. bombing with local ground troops. All three writers seem to be aware that ISIS wanted U.S. bombing and wants U.S. ground troops even more, that ISIS recruitment climbs in response to U.S. military action. All three can’t help but be aware that terrorist kingdoms like Saudi Arabia already exist in the region with the blessing of the U.S. government (and of magazine writers who seek to please the U.S. government). All three are fairly condescending toward local troops, eager to (somehow) get Sunnis to attack Sunnis, and wary of allowing Iranian “death squads” to get involved in the, you know, mass killing they are proposing.

None of the three have one word to say about the great many innocents already killed in the latest U.S. bombings, but all three seem to grasp that the U.S. invasion of Iraq in 2003 was necessary for the creation of ISIS, all three seem to understand that fighting ISIS is counterproductive, and yet all three strive to place the need to attack ISIS beyond the range of any debate. The question is not whether to make the disaster worse, but exactly how to do it.

What, after all, makes the region a global tinderbox? Israel’s nukes? Certainly not, those are not supposed to be mentioned or even thought about. Well then, all the other weapons? But over 80% of those are supplied by the United States, so that can’t be it. Perhaps the violent overthrows and devastation of so many governments and countries? But it was the U.S. and friends who destroyed Iraq and made Libya what it is and who have done what they’re still doing to Afghanistan. It is the U.S. that has ruined Yemen. It is the U.S. that arms and supports Israel’s wars. It is the U.S. that props up the terrorist states in Saudi Arabia and Bahrain and Egypt. Surely what makes the region a tinderbox (rather than a region rich in oil about which greedy earth-destroying interests might be concerned) is something unthinkable or nonsensical or inscrutable, something ethnic or religious or unworthy of consideration.

Because otherwise we might have to consider cease fires and arms embargoes and diplomacy and humanitarian aid as possible alternatives to the usual choices of (1) do nothing, or (2) make it all worse with more of what caused much of the problem in the first place. We might have to consider that it isn’t ISIS that’s posing the greatest threat in the form of “the effort to eradicate the group.”