The New American Century of War

I came across this video of an interview Leon “the Tool” Panetta gave to USA Today back in October 2014 where he stated that the war against CIA-ISIS will be a “thirty year war”.

“Americans should be braced for a long battle against the brutal terrorist group Islamic State that will test U.S. resolve — and the leadership of the commander in chief, says Leon Panetta, who headed the CIA and then the Pentagon as Al Qaeda was weakened and Osama bin Laden killed.

“I think we’re looking at kind of a 30-year war,” he says, one that will have to extend beyond Islamic State to include emerging threats in Nigeria, Somalia, Yemen, Libya and elsewhere.”

I couldn’t help but flashback to an article I wrote six years ago in 2009 about the war in Afghanistan. In it I quoted Britains head of their Army: “General Sir David Richards, who said regarding the Afghanistan war: “The Army’s role will evolve, but the whole process might take as long as 30 to 40 years.

Of course who can forget George W. Bush after the false flag 9/11 attack by the Neocons and their friends proclaiming, like the KIngs of the past, that “this Crusade is going to take awhile”.

Let me digress a moment because that brings up an important point. We are always warned. Someway, somehow, the ruling class (and we shouldn’t even deny that any longer, there is a damn ruling class) does tell us what’s up, what they’re going to do, what they have planned. It’s like the New World Order thing. The dupes parrot the conspiracy theory talk that the New World Order is a figment of people’s tin foil imagination. But they can’t say they haven’t been told.

So the U.S. (refuse to say “we”) has been at war in Afghanistan for almost 14 years. Obama, the war criminal, promised to end the Afghanistan war but now we know that was just more of his lying ass bullshit.

But we already knew that, those of us who listened.

Now they’re telling us that this new “phase” in their global hegemony project, their quest for world supremacy, their Crusade will take another “30 years”. That would take us nearly out to 2050, half a century. The New American Century. The century America, the land of the free and home of the brave, decided to get serious about ruling the world and kill anybody, including women and children, who gets in their way. Fuck the world, we want it all.

It’s like what our own government tells it’s citizens when it fails, purposefully, in it’s mission, “no one could have predicted”.

The same goes with we citizens, don’t say we haven’t been warned. 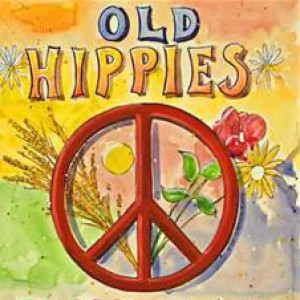 The New American Century of War