Over Easy: Killing the messenger 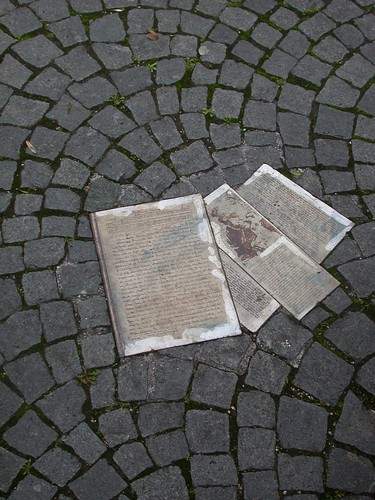 I think from the first humans began to communicate in something other than grunts, they have not been fond of those who bare bad tidings. Indeed Socrates was put to death for questioning the wisdom of some of his contemporaries. An entire religion was formed over what one man was killed for saying. A religion that became an empire that killed people in some of the most horrific ways simply because of what they said.

Hitler and the Nazis killed anyone who spoke out against them and what they were doing. Members of the White Rose were beheaded for distributing pamphlets doing so.  Joseph Satin was know to do away with those who spoke out against him and his atrocities.  Even today reporters and journalists are summarily targeted for reporting the truth.

But suppression of the truth has taken many forms as the technology has improved.  From burning down newspaper offices to the entire building by those who disagree.

Once radio got off the ground and became a medium to express ones views, it too became a target of opposing views. Stations becoming intentionally jammed to prevent their message from getting out. Or threatened to be put off the air by those in charge. FDR had used this, as well as Richard Nixon.

During the cold war the Soviet Union and its Soviet Block states would constantly try to jam the broadcast from Radio Free Europe and Radio Liberty  among others.

These days a form of cyber jamming takes place, where those of opposing views try to prevent the others views from being viewed by launching cyber attracts on the web sites that that give views or information that is contrary to their own views and beliefs. Even to target the companies that provide the services to them.

Something interesting though is that the biggest and most likely targets are those sites that do provide information and views that appose one or another group. Where as purely business sites are less likely to attract cyber attacks, though they are often “hacked” to get customer and other data and this more for monetary rather than some idealistic motive.

This map can show you just how pervasive this problem is. Here is another map and a cool map that is kind of 3D.

So it should not come as any surprise that this site and many others  would eventually fall victim to some sort of attack, not necessarily aimed at it.  Indeed with so many computers and other devices connected to the Internet and a very small percentage of them with even rudimentary security, the number that could and likely will be used and exploited for this and other similar purposes is almost infinite in number. Where in the Internet itself could very well become the target.

So what’s going on pups ?

Over Easy: Killing the messenger