PRESUMED CONSENT OF ORGAN DONATION.  OH, REALLY?
WHAT A CREEPY WAY FOR THE STATE OF Vermont TO MAKE MONEY
because “presumed consent” is NOT “informed consent”!

§ 5232. PRESUMED CONSENT
All Vermont residents 18 years of age or older
shall be presumed to consent
to making an anatomical gift of some or all of their organs,
eyes, tissues, or a combination thereof
upon their death for the purpose of transplantation,
therapy, research, or education.

(8) “Refusal” means a record created under section 5234
of this title that  expressly states an intent to bar other
persons from making an anatomical gift of an individual’s
body parts.

OH really?  And how many Vermonters will be given an
opportunity to create such a record of refusal and how much
will it cost them to do so?  If it costs so much as one dollar,
then this is extortion.

HOW MANY PEOPLE WILL KNOW
THEY HAVE TO CREATE A RECORD OF REFUSAL TO BE
BURIED INTACT?

Shouldn’t it be the other way around, that ONLY if you have
expressly chosen to give your body parts, then and only then
they will take them?

“Presumed” consent means that you MIGHT NOT KNOW
THEY ARE HARVESTING YOUR BODY!

THIS IS RAPE, JUST LIKE WHEN A YOUNG MAN
“presumes consent” to force a woman to have sex
just because she kissed him.

This Bill is a clear violation of the United States Constitution
and it violates the separation of Church & State, and it
violates every known concept of “informed consent” and
“meeting of the minds” when the majority of people will
have no idea that Governor Peter Shumlin is harvesting
their organs and selling them to the highest transplant bidder!

If you would like to join the public outrage and anger,
please join the group “Vermonters Against Peter Shumlin”
on facebook.com

In this new Act, if you should die or become close to death (their
favorite time for harvesting organs) BEFORE you are scheduled
to get a new drivers’ license, or if you don’t drive, like many
senior citizens and vulnerable disabled persons, then you
probably will not know that your organs are going to be
harvested by order of a Bill signed by Governor Peter Shumlin,
without any payment to your estate or family,
then sold to the highest organ transplant bidder.

“§ 618a.  ANATOMICAL GIFT ACT; DONOR REFUSAL; FORM
The Commissioner shall provide a form which, upon the licensee’s
execution, shall serve as a document of refusal to make an
anatomical gift  under 18 V.S.A. chapter 110 § 5234.
An indicator shall be placed on the license of any person
who has executed an anatomical gift refusal form in
accordance with this section.”

“5239. RULEMAKING
The Commissioner of Health may adopt rules pursuant to 3 V.S.A.
chapter 25 as needed to carry out the provisions of this chapter.”

It is completely UN-constitutional for any Commissioner of Health
to make any rules or regulations that can deprive you or your
loved ones of your body parts.

Could we get the state legislators to state presumed prices
per body part?   Remember, they are going to TAKE your
body parts WITHOUT your informed consent, and consider
them a “gift” from you, and then SELL them to the highest
bidder!

For example, how much can the state of Vt
get for Governor Peter Shumlin’s Penis when he dies, and can the
State of VT sell it to a woman who wants it sewn on her groin
during a sex change?

Let’s get each state senator who is
a man to tell us how much we want the state of Vermont
to sell HIS penis for, and if the State of Vermont can sell it
to men,  who think their’s is too short,  so they want a
transplant for vanity, and not for medical necessity?

Can we get the women in the state legislature to  tell us
whether or not any of them were previously men, and
how much would they buy a vagina for from the State
of Vermont selling dead women’s vaginas?

How much money
do you think the state of Vermont can sell
Governor Peter Shumlin’s
nose for when he’s dead?

We can presume he wants an  open coffin  for his family
and daughters to view him with the nose  removed?

How offensive is this Bill to Muslims living in Vermont?

How offensive is this Bill to conservative Christians
living in Vermont? 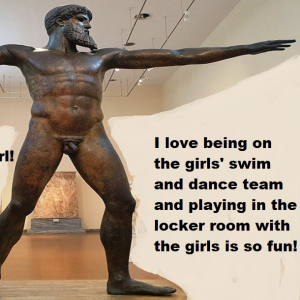 Church of the Holy Exorcisms of Elected Officials